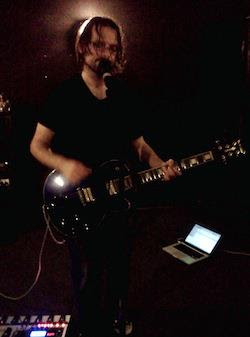 When The Sun Hits Interviews
Aaron Rossetto of
Ask for Joy

Aaron Rossetto is the songwriter, performer and producer behind Ask For Joy, a band whose layers of shimmering guitars, angelic vocals and expansive harmonies, all awash in reverb, have been compared to the fuzzy shoegaze sounds of classic gazer acts like Slowdive and My Bloody Valentine. Aaron is based in Austin, Texas.


Ask For Joy's music is characterised by the fusion of a raw, strongly DIY aesthetic with rich, atmospheric instrumentals supporting a textured and dense dream pop sounds. Sounds like a recipe for perfection, no?

Ask For Joy embodies the excitement and the true essence of the do-it-yourself spirit of independent music: taking matters into one's own hands and recording and producing material that realizes and remains faithful to the artist's vision, unencumbered by the demands of a record label, radio stations or pop charts, and engaging and energizing fans who are long for music that is unique, distinct, genuine and speaks to them. The shoegaze sound that electrified late 80s-early 90s college and alternative radio is back in the ascendancy, and Ask For Joy's music aims to capture that same wonder and excitement and present a modern, personal take on it to new audiences. That's some truth right there. When Then Sun Hits hopes you dig the following interview with the ever-awesome Aaron Rossetto, mastermind behind Austin-based Ask For Joy.

How and when was Ask for Joy formed?

I've been into music and writing and recording songs since I was a kid. I would sit at the piano and effortlessly improvise a song pretty much whenever I felt like it, or I would take two tape recorders and bounce my voice and guitar tracks back and forth to multi-track stuff in my bedroom. Crude as it was, that's where I got the bug for songwriting and recording. The technology and my access to it has improved greatly since then but at the heart of it it's still just me at the helm.

Can you tell us what the band has been working on and what you've got forthcoming in the near future (new releases, tour, etc)?
I've been working on some stuff for a new album that's still in the works (Keep The Euphoria Down) but I've really been taken with the idea of releasing more EPs lately. It's probably just an excuse to procrastinate working on the album, ha. I'll be releasing a new four-song EP sometime next month called Hand Tame to Bandcamp and perhaps a teaser single before that… Stay tuned!

Ask for Joy. Pull My String.
Do you consider your music to be part of the current shoegaze/dream pop scene, or any scene? Defining one's sound by genre can be tiresome, but do you feel that the band identifies closely with any genre? How do you feel about genres in music, in a general sense? 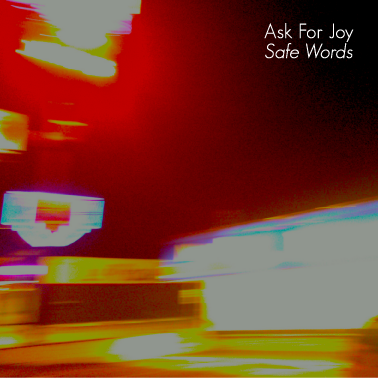 I'd like to think that my music contains strong, perhaps dominant, elements from the shoegaze/dream pop scene with a whole bunch of other influences mixed in there as well. I love the whole aesthetic and the community is fabulous, and in those respects I am very happy and honored to be considered part of the shoegaze scene. As for genres, I tend to want to categorize everything into its own neat little box for easy reference and retrieval--that's the scientist in me. But at the same time it shouldn't be a limiting or defining factor for a band. There are a lot of different sounds subsumed under the shoegaze category, from electronic and synthy to grunge and guitar-driven to twee, and that's definitely part of its appeal for me. I consider Ask For Joy to fall squarely into the shoegaze/dream pop category despite the fact that each album has its own distinct feel, sound and instrumentation/arrangement.

There's so much good music being made these days and the shoegaze scene seems pretty vibrant, maybe even experiencing a bit of a renaissance even. To name but a few, I count myself as a fan of M83, Daniel Land and the Modern Painters, The Raveonettes, Ulrich Schnauss, Glasvegas, Sad Day For Puppets, Resplandor, the Mary Onettes, and many others. They all play a part in what I would consider to be Ask For Joy's overall sound. 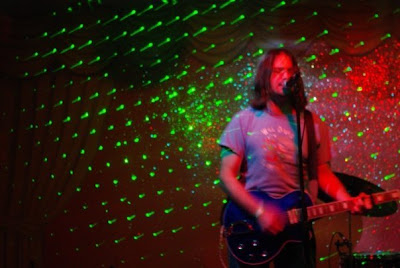 What is the most important piece of gear for your sound? Any particular guitars/pedals/amps that you prefer?
I'm the anti-gearslut, I'm afraid. I'll use whatever. I have a few things that are key parts of the setup, like the GT-10 multieffects guitar processor and my Lexicon reverb, for instance, that get me the sound I want. A lot of it is in the effects applied to the tracks themselves. But I certainly don't subscribe to the belief that you have to have certain studio equipment or a type of guitar to sound good or authentic. It's the sound that you achieve through the overall process that counts. That being said, I do love my guitar, a DeArmond M75.

What is your process for recording your music? What gear and/or software do you use? What would you recommend for others?
I started using Ableton a couple of years ago and I've sort of melded it to my process. I'm still not convinced I'm really using it right, and I know I've only scratched the surface of what it can do, but it seems to be working for me and I love the creativity and flexibility it affords me in song arrangement. In the end, it comes down to 'it works for me' and that's what I'd recommend for others: Don't be concerned that you don't have top of the line equipment or the vintage compressor du jour or a generously equipped studio. Use what works for you and what you have access to to make the music that you love.

How do you feel about the state of the music industry today? There is no doubt a massive change underway; how do you see it and do you feel it’s positive at all?
It's absolutely positive! I'd like to think that alternate distribution mediums like the internet democratize music to some extent, or at least reduce the barrier to entry, and allow for niches to survive and even flourish. It lets the music we love be heard and find an audience that it might not have been able to reach in the past, and that has to be a good thing. 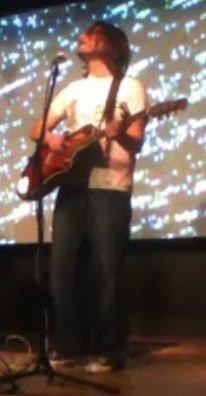 I'm a huge proponent of DIY (which is probably evident in the fact that AFJ is me and only me) and it's such a huge part of the shoegaze ethos and, for me, the appeal--shoegaze being a branch of post-punk, after all. I like being able to release stuff on my own terms when and where I want but I know there are cool labels out there that specialize in the genre and treat their artists well. I'd like to salute those labels that are releasing fantastic 'gaze music--St. Marie Records, Sonic Cathedral, Patetico, etc., and wish them and their bands the utmost success.

Do you prefer vinyl, CD, cassette tape or mp3 format when listening to music? Do you have any strong feelings toward any of them?
It's all good. Digital is a bit of a double-edged sword, as I love the convenience but worry about the long-term effects of digital rights management on my ability to play the music I've already paid for a few years down the road. 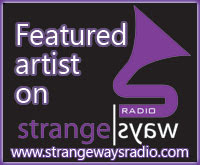 That's maybe the hardest question for me to answer. Pretty much everything. I grew up listening to a lot of different things, from folk rock to adult contemporary music and everything that I listened to (and still do!) finds its way in some fashion or another into my music. My penchant for sweet vocal harmonies and simple pop songs comes from listening to musicians such as Paul Simon, Simon and Garfunkel, the Beach Boys and even Air Supply. My gateway to shoegaze actually came by way of albums that Daniel Lanois produced--I loved the guitar effects and gauzy, ethereal sounds he brought to the mix. From there, I discovered Eno, then Harold Budd, then this album called The Moon and the Melodies which he did with the Cocteau Twins, and the next thing I know I'm knee deep in MBV, Slowdive and JAMC. These days, I really find myself attracted to big, synthy, dramatic production à la M83, and have been incorporating more of that aesthetic into recent works. 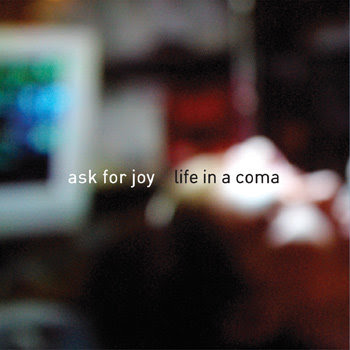 I'm always looking for new things to listen to. I've met and heard so many amazing bands through Ask For Joy, like Bella Lune (whose track 'Ophelia' I remixed for the maxi-single), Honeybreath and The Captives, for whom I opened last year. I usually hear about new music through listening to Strangeways Radio and reading various blogs--but to be quite honest, when I'm deep in a album production cycle as I am now, it's hard for me to focus long enough on anything but the work at hand to really hear anything new for a while. Oh, and I watch a lot of terrible television.
If you had to choose one track that was the ultimate definition of your sound, which would it be and why?

Another tough question, but if I had to pick, it's probably the Phoenix mix of 'Swoon' from the Safe Words EP. Hypnotic, repetitive, memorable, with thick, fuzzy guitars and sparkly synths and an ending that rises like a celestial ascension. Six minutes and thirty-four seconds of pure bliss (that's what she said). 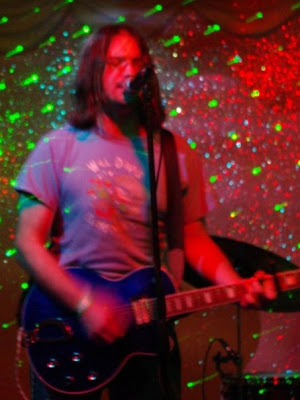 It never happens the same way twice. Most often I'll hear a chord sequence or some vaguely-defined 'sound' in my head that I think will work in a new track and then try to coax and evolve it into a full-length song. I'll sometimes write an entire song around a title that I like, or occasionally I'll come up with a random couplet that ends up forming the basis for the rest of the lyrics. However it happens, by far the lyric writing is the most tedious and difficult aspect of the songwriting process--the music comes pretty easily. For arranging the song, usually I'll start with a guitar track that shapes the song and then build around that with drums, keyboards, vocals, etc. It changes from song to song depending on how I feel it coming together.
What is your philosophy (on life), if any, that you live by?

First and foremost, don't be a dick. And make art that speaks to you. Don't worry about what you think others might like. 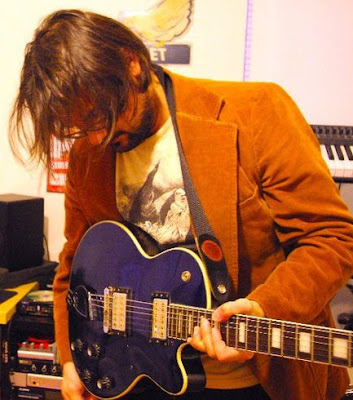