Interview: Yourself in Peace. 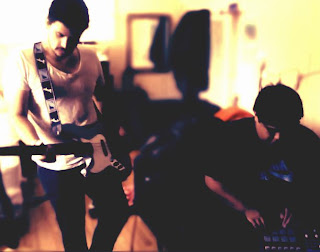 When the Sun Hits Interviews
Yourself in Peace
Yourself In Peace is Justin Corral (Vox/Guitar) and Westley Ulit (Drums/Synth). The duo started the band as college students in Los Angeles in 2012. Their cryptic, pop music infuses electronic rhythms and beats with shoegaze, lo-fi, and experimental sonic textures. Essentially, they make beats and whine over them. Their words, not ours! We disagree with the whining bit. The music is excellent and Yourself In Peace is a band to keep your eyes and ears on.
How and when was the band formed?
Justin: We met in High School in an Art Class and used to discuss different rappers and bands we liked. We've been friends ever since and just recently decided to make music together.
Can you tell us what the band has been working on and what you've got forthcoming in the near future (new releases, tour, etc.)?
Westley: We've been working out the logistics on our live performance and for the new EP, coming out in early July; we've been experimenting with some absurd but catchy sounds.
Justin: Like screaming into hollowed out coffee cans for a true reverb effect.

Do you consider your music to be part of the current shoegaze/dream pop scene, or any scene? Defining one's sound by genre can be tiresome, but do you feel that the band identifies closely with any genre? How do you feel about genres in music, in a general sense? Justin: We don't know what genre we are so it’s hard to be a part of a scene. We just try to artfully mix Hip Hop and Shoegaze. We’re our own scene: introverted losers from the SF Valley who are into Cam'ron and MBV. Westley: Genres put limits on expression. 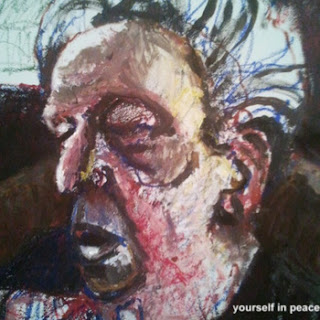 What do you think of modern shoegaze/dream pop/psychedelia artists, any favorites?
Justin: Autolux. We saw them at the Jubilee festival in Silverlake. We gave our Demo to their roadie.Westley: I don't really listen to the modern ones. Yo La Tengo and Slowdive only, brah.

What is the most important piece of gear for your sound? Any particular guitars/pedals/amps that you prefer?
Justin: My fifteen dollar Danelectro D-4 Fab Slap Echo pedal and a glockenspiel.
Westley: MPC 1000.

What is your process for recording your music? What gear and/or software do you use? What would you recommend for others?Justin: We usually have jam sessions twice a week and pretty much go from there. Out of those sessions we structure entire songs from parts we liked. Wes sends me his drums of a finished song first and I record everything raw with a USB Microphone ran through Garageband. Then, I give him what I've recorded and he mixes it. Wes puts a plate (the drums) down in front of me and I vomit all over it (the recorded vocals/guitars/effects/noises). Then he takes the plate back and crafts a beautiful meal. My recommendation for others is to not get into music and do something useful with your life.
Wes: Getting food is a priority before any recording/jam session.Justin: Definitely.

How do you feel about the state of the music industry today? There is no doubt a massive change underway; how do you see it and do you feel it’s positive at all?Westley: It’s growing fast. Some people make it and some people don’t. As long as you’ve tried your best, hopefully it’s self-fulfilling in some way
Justin: Making music is just cathartic for me. I honestly don’t think about the music industry or the state of it.

When it comes to label releases versus DIY/bandcamp and the like, what is your stance, if any?Justin: I love releasing music through Bandcamp but realistically our goal is to be on a label.
Westley: Agreed. 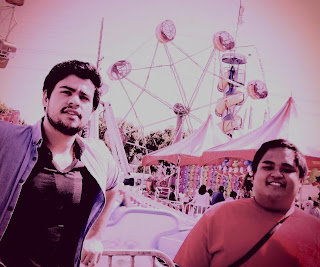 Do you prefer vinyl, CD, cassette tape or mp3 format when listening to music? Do you have any strong feelings toward any of them?Justin: As long as you have a good pair of headphones, it all sounds great. Anyone who says otherwise is a snob.Westley: If the material you’re listening too is good, what’s the difference?
What artists (musicians or otherwise) have most influenced your work?
Justin: Roberto Bolano, Jason Pierce and Kevin Shields.
Westley: DJ Screw, Madlib and Switch from Major Lazer.

Can you tell us a little about what you are currently into (books, films, art, bands, etc.)?Justin: Right now, I’m into reading about the infrarealist writing movement that occurred in South America.Westley: Pheo and Para One. American Dad. 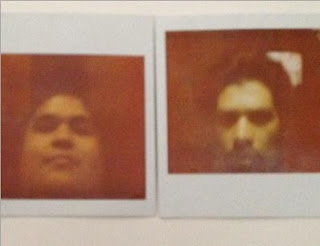 If you had to choose one track that was the ultimate definition of your sound, which would it be and why?
Justin: Last Evenings on Earth. It combines our two genres seamlessly.
Westley: It was the first song we ever made, too. It holds a special place in our hearts.

Can you tell us a little about the band’s song writing process?Justin: We just get high and record, man.

What is your philosophy (on life), if any, that you live by?Westley: Having 20-30 grand in one pocket… foreign car outside, living life fast…
Justin: CATCH UP MOTHER FUCKERS.