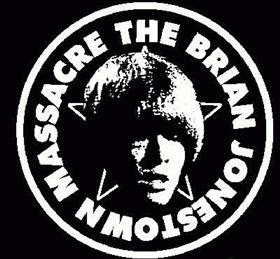 Brian Jonestown Massacre returns to the United States in August to tour supporting their new album, Aufheben, released through Anton Newcombe’s own ‘a’ Records in May 2012. Earlier this spring, the band completed tour dates on the west coast and southwest including headlining Psych Fest in Austin, TX. Then followed sold out dates in Melbourne, Sydney, Canberra, Perth and Adel in Australia and onward to Europe selling out venues in Amsterdam, Berlin, London, and Paris.

Opening for Brian Jonestown Massacre on the East coast and Midwest dates is the Minneapolis band, Magic Castles who released their eponymous double album in March 2012 through ‘a’ Records.

Anton Newcombe remembers, "The song that introduced me to Magic Castles was ‘Ballad of the Golden Bird.’ I really think it is special, so much so, I decided to ask the group if I could release this record through my label, ‘a’ Records. I hope you enjoy it as much as I do..."

Stream the following tracks from Magic Castles:
Death Dreams
Ballad Of The Golden Bird
View the psychotropic video for “Ballad Of The Golden Bird:”
Regarding the Brian Jonestown Massacre’s album title, Aufheben or Aufhebung is a German word with several seemingly contradictory meanings, including "to lift up,” "to abolish’” or "to sublate.” The term has also been defined as "abolish," "preserve," and "transcend." In philosophy, aufheben is used by Hegel to explain what happens when a thesis and antithesis interact.

Original member of the band, Matt Hollywood, plays on this album. It also features Will Carruthers (Spacemen 3, Spritualized), Constantine Karlis (Dimmer), and Thibault Pesenti (Rockcandys) plus vocal performances by Eliza Karmasalo (in Finnish).

This album brings the traditional Brian Jonestown Massacre sound mixed with eastern influences, bringing it up to date with the benefit of all the additional weirdness that's been discovered in the past 40 years.

The Brian Jonestown Massacre has been somewhat of a musical commune for many respected musicians over the years, a band from the 1990’s that has spurned other great bands ever since. Black Rebel Motorcycle Club, The Warlocks, The Silver Rockets, The Black Angels, The Ravenettes, The Dilettantes (to name a few) are all part of this musical family tree. Indeed, this is a band that has witnessed many incarnations, since its inception in San Francisco in 1992.

Posted by When The Sun Hits - All things shoegaze. at 7:40 PM