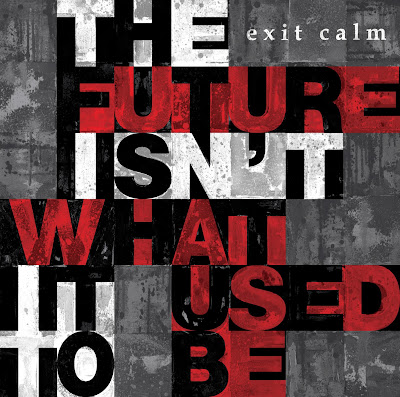 It's been over three years in the making, but finally the second album by Exit Calm is here – word on the street is it was worth the wait!  Titled "The Future Isn't What It Used To Be", the album is available on both LP and CD - with the LP version being a bit special - it's a sunburst effect vinyl in a single gatefold sleeve.


It's available for pre-order now via Club AC30 and it'll ship a week before the official release date of 23rd September.  (Club AC30 ships worldwide, and all orders of the vinyl come with the lossless digital files as well.)

There’s also a new video shot for the recent single "When They Rise" (which is out now), by Todd Eckert (who produced the Joy Division film "Control").


The band are also on tour this month, and the dates are as follows: