Lonerism has won the inaugural Adapter prize. Named after the specially designed 45 adapters presented to the winners, the prize is awarded by the Record Store Day USA coalition. Lonerism was voted by staff from US Record Stores as their Record of the Year.

In accepting the award, Kevin Parker said: "We know you record store folk know your shit and wouldn't hand this title out to just anyone, so this means a lot!"
-----
AMERICAN TOUR COMMENCES NEXT WEEK 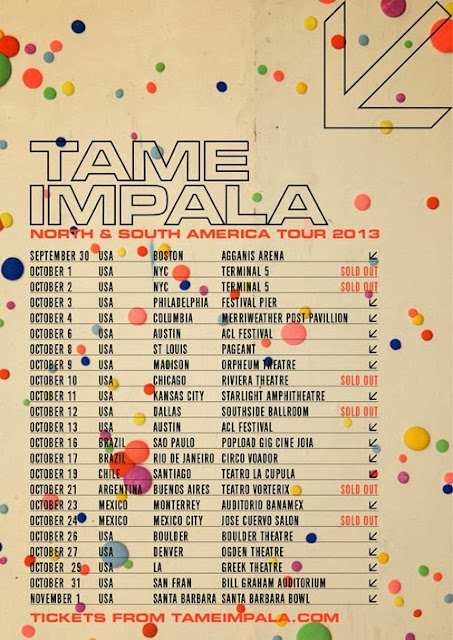 Posted by When The Sun Hits - All things shoegaze. at 1:23 AM