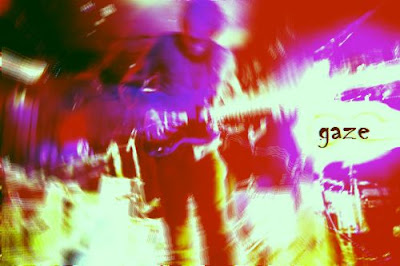 Greetings, gaze-lings. These photos of WTSH's faves, Bloody Knives, were taken on March 31, 2011 in Houston, Texas, by Amber at a strange little downtown venue called Notsuoh (that's "houston" backwards, if you want to know). Notsuoh is a unique place, to say the least; a haven for misfits, nerds, eccentrics and train hoppers (and apparently their pets, as well, if the patron is so inclined). It is a much beloved venue around here.

I warned you last July, when I photographed Japanese drone rock band Boris (see those pictures HERE), that my camera has one setting: the gazer setting. But I need to update that. It actually has TWO settings: the gazer setting and the LSD setting. No, I wasn't on acid; but my camera may have been. Some of the most psychedelic photos I've managed to capture ever. Oh, and the show was bad ass. Perhaps that had something to do with it. 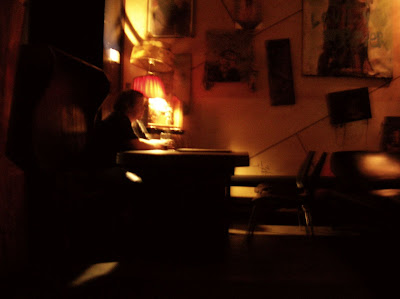 Pre-show. The aformentioned ambiance. No clue who that dude is. 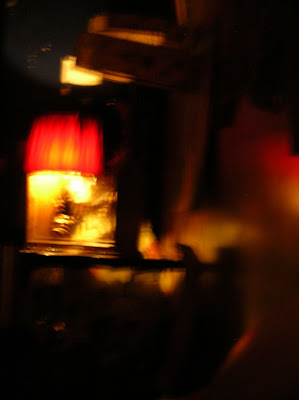 Aaaaand the camera LSD kicked in. 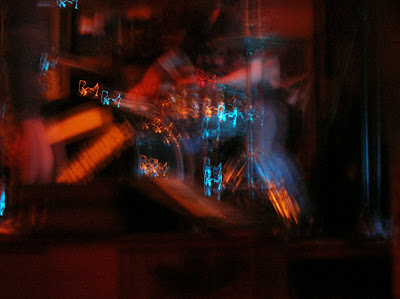 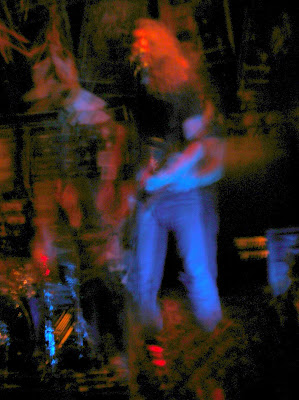 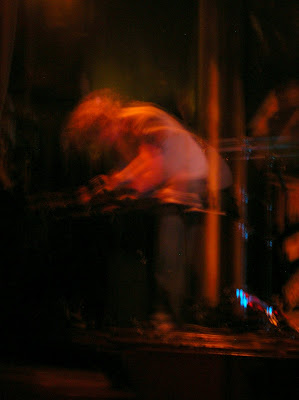 Newest member, Jim Moon, bathed in red light while being a sonic magician. 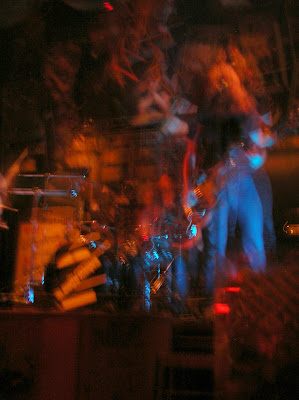 Trippy full stage shot. I think my camera was peaking at that point. 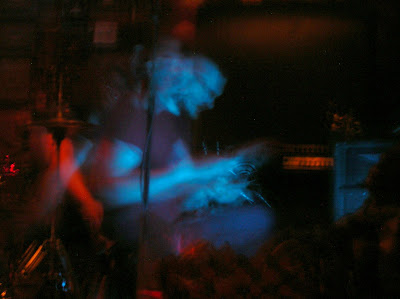 Preston Maddox looking even MORE ghostly. Am I the only one that sees his demonic second head? I'm telling you, this LSD setting on my phone gets intense. 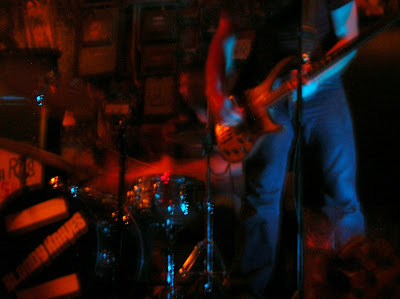 An accidental, but probably inevitable, crotch shot. On acid. Sweet. 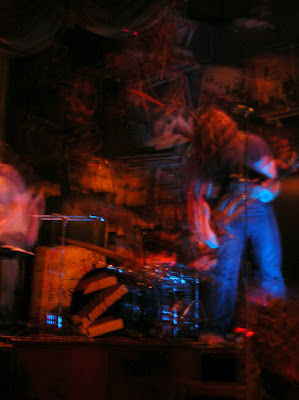 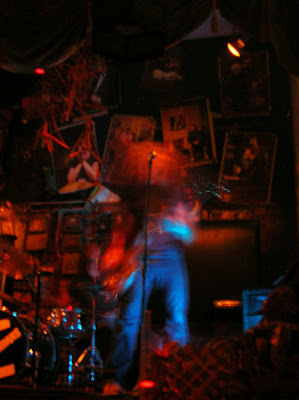 I try to explain to my camera that Preston's head is, in fact, NOT exploding, but it won't believe me. 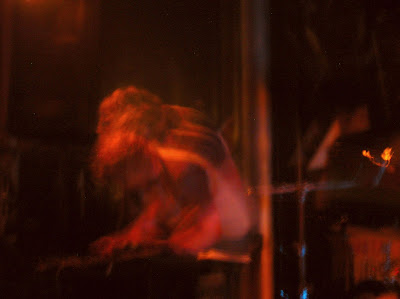 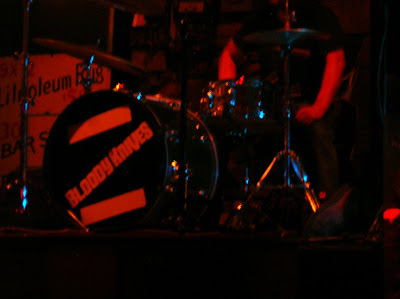 Jake's sweet drum kit.
Posted by When The Sun Hits - All things shoegaze. at 9:00 AM