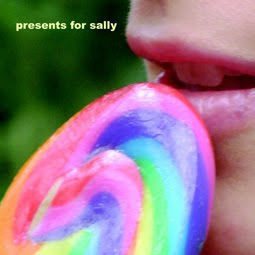 When The Sun Hits faves, the UK based band Presents for Sally, have announced that they will soon be releasing an EP/mini album stateside (last year's excellent A Touch of Joy, A Touch of Sadness LP was a UK release only) via Tom Lugo's label, Patetico Recordings.

While there isn't an official release date yet, there is a working title of Everytime a Bell Rings, an Angel Gets Its Wings. The mini album will feature 2 tracks from PFS's 2010 release A Touch of Joy, A Touch of Sadness (since it was never officially released in the USA) plus 4 brand new songs. A few titles of the new tracks include "Sing", "Letters Make Words", and possibly the 12 minute epic "Smile Holds True". Out of the new songs, a 7" is slated to be released in the UK sometime late this summer.

Presents for Sally have also contributed another new track, entitled "Three", to Tom Lugo/Patetico Recordings Rock Back for Japan release, a many volume compilation designed to aid those suffering from the recent disasters in Japan. This track appears on the 6th volume of the compilation series.

Very exciting news! We hope these new ventures will garner the band more new fans and attention, because they deserve it tenfold.

Posted by When The Sun Hits - All things shoegaze. at 3:27 PM