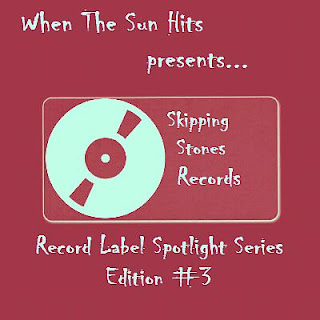 When The Sun Hits is extremely excited to bring you the 3rd edition of our exclusive Record Label Spotlight series; our maiden voyage was taken with the psychedelia-drenched sounds emanating from Northern Star Records, edition 2 focused on the killer sounds of Custom Made Music, and edition 3 will focus on the Connecticut based label, Skipping Stones Records.

Record Label Spotlights include an interview with the label, tons of information about the bands on the label (including in depth spotlights on 5 bands on the label), videos, links, photos, resources, and a FREE downloadable mini sampler put together exclusively for When The Sun Hits readers by the record label (downloads are in mp3 format). In short: It's a win.

1. How did Skipping Stones Records get its start? 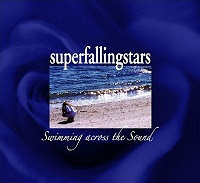 The label started in 2004 with the release of superfallingstars' album Swimming Across the Sound with William as drummer. We shopped around for a label and decided to start our own instead! William handles a lot of the technical side to the label, he has mastered all of our releases except for The Year Zero, which was mastered by Kramer. Christine is in charge of publicity / marketing and creative, designing many release covers in collaboration with the artists and William. 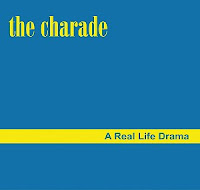 2. Would you consider Skipping Stones Records to be a shoegaze and/or dream pop oriented record label?

In recent years we have leaned more in that direction. Early on we released indie pop and twee, such as The Besties and also with The Charade (from Sweden) being one of our signature bands. We love early Ride, Slowdive and dream pop bands, so when we were approached by Andreas Hagman from Celestial, we were excited to release his music.

The Morning Paper. Paint A Dream.

There is not a specific sound that we go for, we both have to genuinely like the music in order for us to have the confidence to back it up.

4. Who are the 5 most recent shoegaze/dream pop acts to be represented by Skipping Stones Records? 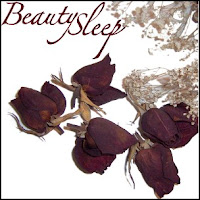 A Brooklyn band that swims happily between the sounds of sweet indie pop, rock, and melancholy melodies without ever stopping for breath. We released a CD and digital in 2006. 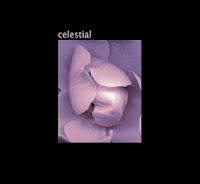 ”Wanders from shoegaze via Field Mice to JAMC in five songs” Groove.

“Effortless beauty that slide through the darkness and sink deep into your heart without a sound” Friends of the Heroes.

After many years in London, Andreas Hagman returned to his native Örebro, Sweden in 2000, where he began writing and recording songs under the name Celestial. The definition of celestial means heavenly, but not only in the literal sense. The Celestial is also a specific type of wild rose described as humble and shadow-resistant. Andreas’ music is like this humble flower, aiming to reach far beyond the terrestrial world to a heavenly, dreamlike state. The melodies are central to Celestial’s music and they ebb and sway over layers of reverb and echo.

Andreas asked various friends and acquaintances to contribute to the album. Pär Carlsson and Christoffer Davidsson shared the drumming like brothers. The wonderful and angelic voice on certain songs belongs to Malin Dahlberg, who is the vocalist in Laurel Music and shoegazy Douglas Heart (on the Swedish label Labrador), and also for her solo project We Are Soldiers We Have Guns (on English label Stereo Test Kits Records). Daniel Björck, of The Tower of Foil and The Idle Hands, contributed his piano playing skills and Sara Thedéen plays the flute. All the musicians are, in one way or another, connected to Örebro, Sweden. 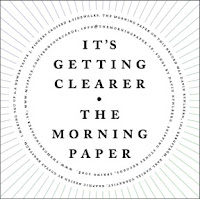 “A must if dreamy melodies is your cup of tea” Sonic.

The Morning Paper was formed in Malmo, Sweden in 2004 by David Kyhlberg. The music takes inspiration from the daily life, from daydreams, longing and summer haze. Sweeping across urbanity and nature, with humble movements and delicate voices, The Morning Paper is best read in terms of dusk and dawn. Being in the same room as The Morning Paper means being a part of a gentle-colored scenery; memories, hopes, failures, suns rising up and suns falling down.

The Morning Paper. Count Me Out. 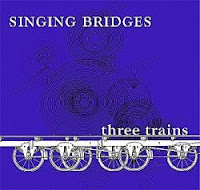 “Harkens back to the days of early 90s jangle pop. The CD is full of reverbed-out female vocals, jangly rhythm guitar, and a glimpse of sonic experimentation.” CT Indie.

“Simple melodies are layered on top of each other, simple chord progressions flow effortlessly and vocals are unaffected and sung as though by the pure of heart.” Tasty Fanzine.

Singing Bridges is William on drums and Christine on bass and vocals, with guest musicians playing additional instruments. Fuzzed out guitars and solid rhythms create a familiar sound balancing feelings of dark heaviness with hopeful light. Compared to a Flying Nuns Records band when loud and a K Records band when quiet, Singing Bridges manages to encompass influences including Joy Division, The Wedding Present, Sonic Youth and The Pixies.

We are currently writing new material for our third release! Christine is experimenting with her bass sound through a crash course in pedals. She plays through an Ampeg V4, a VT pedal, flanger to get a more dynamic sound for the band. 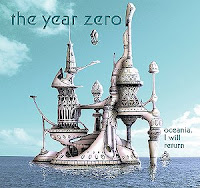 The Year Zero is Rodney Sellars, Lili de la Mora and a Tascam 424. Their debut album, Oceania, I Will Return, pushes the limits of a four track and weaves together layers of guitars and vocals to create futuristic dream pop soundscapes reminiscent of early shoegaze. Oceania, I Will Return, combines a myriad of influences to create light and ambient rhythms with spaced-out effects, taking cues from Cocteau Twins and Sigur Ros. Singer Lili de la Mora's lullaby sighs lilt and sway over shimmering guitars with ebow effects created by Rodney Sellars. The music is complimented by the original artwork of Rodney Sellars, evoking imagery like scenes from a film.

Rodney emerged from the Southern CA punk scene to play drums in Reason To Believe, who released two albums and toured nationally with seminal punk bands Fugazi, 7 Seconds and The Dickies. Influenced by The Pixies and My Bloody Valentine, the musicians branched out to form Sense Field, in the 1990s with releases on Revelation and Nettwerk. Lili de la Mora is a "guitar-toting pixie" whose soft voice has been captured in releases from the slow-core musings of Robert Deeble to the "soul-hop" of Josh One. Lili has played guitar for years in the Long Beach, CA area, in diverse venues from friend's living rooms and coffeehouses to Timothy Leary's birthday party and opening for Allen Ginsberg at the Viper Room.

There are a lot of great pockets of shoegaze / dream pop, which is really

great. It’s made a comeback, for instance Thrushes and Secret Shine. We were really fortunate that Secret Shine agreed to play Popfest New England, which we organize and present, in 2006. We’ve had several headliners that draw from the dream pop genre, such as Trembling Blue Stars.

7. Can you tell us a little bit about what's currently going on with Skipping Stones Records (new releases, new bands signed, tours, etc)? 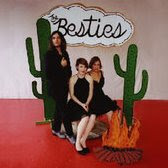 We’re always on the lookout for bands to release, but we’re also cautious about our finances. Our model was always to break even, which we succeeded in doing, and to pay bands. The funding came from our own pockets and the label was a means of sharing the music that we love. It’s a changing industry right now and it’s challenging to discover new bands. We have typically released CD digipaks and followed the Factory / 4AD model of unique packaging. Eventually we would love to release vinyl and digital.

8. What is your goal for Skipping Stones Records?

To find another hidden gem of a band and to continue to release music, stay happy and to make music too. We’re involved in many different creative projects, one being our own band, Singing Bridges.

Our philosophy is to always be creative, stay tuned with new bands and to appreciate life’s ups and downs. Last year something magical happened and we had lots of hummingbirds, which we just watched at the feeder in amazement. Hummingbirds are the most amazing creatures on earth, but they can be territorial, as well. It’s kind of like the music that we enjoy, a song may take you back to painful memories, but music is also a great healer.