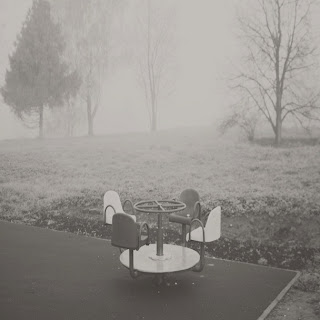 Jesu is set to release their newest LP, entitled Ascension, on Mark Kozelek's (of Red House Painters and Sun Kil Moon) record label Caldo Verde - the CD/Digital release is slated for May 10, 2011 and the double vinyl version of the LP will be released shortly after. This will be the band's first "traditional" LP since 2007's Conqueror (2009's Infinity was one 50 minute track), though there have been a handful of EPs since that time. Justin Broadrick has long been heralded as an absolute genius by When The Sun Hits, so we are understandably excited about the release and (hopefully) a subsequent tour. My ears are still ringing from the 2007 Jesu show I attended! Awesome.

Pre-orders ARE being taken now at Caldo Verde (click HERE), so if you are as antsy as we are, you may want to go ahead and pre-order.

Ascension will be 10 tracks in length, but you can hear two tracks from the album NOW by clicking on the following track names: "Birth Day" and "Small Wonder".