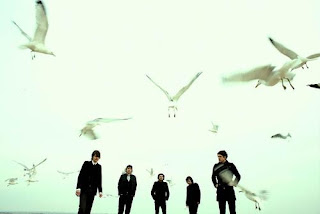 The Morning After Girls consists of 5 members: Sacha Lucashenko, Martin B. Sleeman,
Alexander White, E.J. Hagen, and Anthony Johnson, and since 2003, have released consistently solid EPs and LPs to critical acclaim. Alexander White and E.J. Hagen have a separate project together that is also highly lauded - Highspire, whose music we adore equally. Below, Danny chats with three of the MAGs - Martin, Alex, and EJ: three down-to-earth guys with tons of talent between them. Keep that mouse scrolling in a downward fashion and learn about how the MAGs formed, their thoughts on the music industry, their future and their various side projects. For more research, follow the links at the bottom!

How was The Morning After Girls formed?

Martin: Two people coming together when they needed each other most.
Alex: That could be a one night stand.
Martin: Well, then it's become a pretty good night. The greatest night we've ever had. 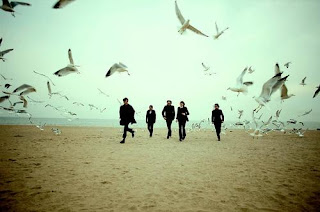 Where did the name "The Morning After Girls" come from?

M: Contempt and disdain for those who place importance on names and labels.
A: Ha, well said!

How did you guys meet EJ and Alex from Highspire and how did they become members of the band?

M: We had a mutual friend who introduced us.
A: Martin was staying with this lovely mutual friend when he moved to NYC and she contacted me as a potential band member. Marty and I hit it off pretty much right away. And then Sacha and I hit it off soon after. Once I was in, they pressed me for a bassist and I recommended EJ for the job rather than possibly being stuck with someone I didn't like hanging around with.

This is for EJ and Martin, what is the status of your side project, The Starcharts? When can we expect a release?

A: EJ has twelve step plan to release this fine work of art. When you think that will be there, Hagen?

EJ: Things have been going well with The Starcharts material. In fact, so well that we decided to do two albums instead of one. We're just entering the final mixing stage for both now. I'd say the first one could be out by late spring/early summer, second one later in the year. Although that might depend on how/who releases it/them.

The Morning After Girls. Lazy Greys.
Do you feel like the MAG's are part of the shoegaze/dream pop scene, or any scene?

A: This question is the hardest for me. You really never want to be boxed in, so I'd say no. However, it's really what the listener takes away from the music that categorizes it in their own mind. So it's up to the individual listener to decide. 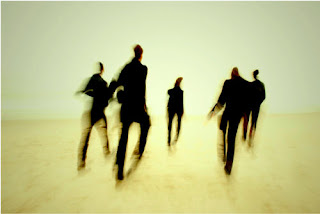 What do you think of modern shoegaze/dream pop artists, any favorites?

A: Exit Calm is good. The Radio Dept.
EJ: There's loads of bands doing cool music influenced by those sounds these days. But to be honest I haven't really listened to much music this year so far other than what I've been working on.

What have you guys been listening to/reading/watching lately?

A: Various Pink Floyd songs from The Wall and Wish You Were Here.
M: A great short film - which is a silent film - called "A Day with the Boys." Please watch. It's incredible, man.

When can we expect a new MAG's release?

M: We're working on pre-production for 15 to 20 songs at the moment that we hope to have finished by mid year. And once our tour schedule allows, we will finish them off.

The Morning After Girls. Slowdown.
What is the most important piece of gear for your sound ? Any particular guitar/pedals/amps you prefer?

A: I have a Telecaster Texas Highway 1, which Martin plays. We both love that guitar.
M: The Boss DM2 that was stolen from me when I first moved to New York. It was all over the album. 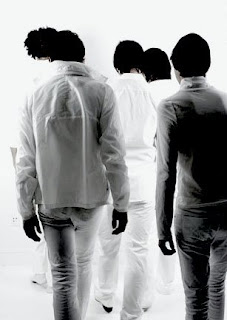 Which artists have most influenced your work?

M: Chopin, Rachmaninoff, Bach... that's all I grew up with.
A: Beethoven, have you heard of him?
M: Never.

What was it like working with legendary producer Alan Moulder on your latest album?

M: It was one of the easiest relationships we've ever had in sharing the vision we started off with.

What is the deal with the new label you guys started, Xemu? Why did you decide to start your own label?

M: We didn't start Xemu actually. It was started by a guy called Cevin Soling and has managed to sign Dead Meadow, Spindrift, and us.

A: Really good forward thinking label. We'd be proud to own it, but alas we don't.

M: We just have privilege of being a part of it.

What do you think of the state of the music industry today? How do you feel about free downloading?

M: It's too expensive.
A: We're more or less in a feudal period for the music industry. It's every man and band for himself.

The Morning After Girls. Run For Our Lives.
What song do you think best represents the band's sound?

M: I don't think that's a valid question as I don't think there's one song. The reason a band makes an album is to make different songs. There's not one moment or song in time that defines someone. It is the combination of many things which define someone thus we choose to focus on an album rather than a song.

What are your philosophies on life, if any, that you live by?

Highspire on LastFm.
Posted by When The Sun Hits - All things shoegaze. at 5:00 PM