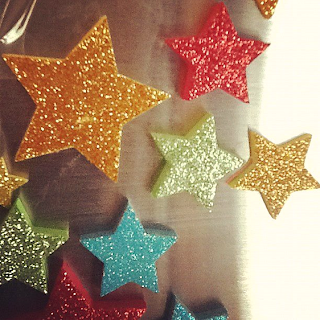 Kim Welsh of A*Star is one of my favorite people on Earth. Not only has she been a part of some of my favorite music projects (Morpheme, A*Star, bliss.city.east. and Skylight), but she's also kind, intelligent, and really fucking funny. WTSH recently conducted the following brief interview with Kim, to catch up on what A*Star has been up to, as well as help spread the word about A*Star's newest single, "Days Of", which you can find on their bandcamp page (see info and stream the song below).

The track is set at "Name your price", and the money they make from purchases of the single this week all go toward helping Danny Lackey, the co-creator of this blog and one of the best human beings on the planet, with his medical bills as he battles cancer. We NEED Danny to get better and we NEED your help. No one deserves your love and care more than Danny, who's given so much back to the shoegaze community himself. So head over to A*Star's bandcamp, buy yourself a rad single, and know that the money you pay will go toward an important cause.

WTSH will be holding an additional fundraiser for Danny next week, but details on that later. Enjoy the interview, and many thanks to Perry and Kim for being such kind souls.

It's been awhile since we last caught up! Is A*Star now your main vehicle for music? Is Morpheme and your other past projects on permanent hiatus?

Kim: Hmmm...we are reluctant to call anything permanent, but it's safe to say that we LOVE making music with Ian and Mike right now and we love what's coming out of our collaboration, so A*Star is all we have in our sight for the immediate future. How's that?

What is your inspiration for the A*Star songs? Do they relate in any way to your daughter Ada, or is the project simply named after her?

Kim: No, none of the songs really relate to Ada. We started this project to raise a little extra cash for her medical expenses and now that's pretty much taken care of. I think what this project means to us is family, life, doing things we want to do, not doing things we don't want to do, being happy in our own little comfort zone, not sweating the state of the industry and just putting out our singles when we write one that might be fit for consumption. Inspiration has always come from what we're thinking about at any given time. "Flashbulb" was written after a friend shared his struggles with his dad's dementia. "Panic Sunrise" was written when Perry was having some anxiety issues and it turned into a full-blown "I'm going crazy" kind of song. "Star Control" is about how much I love making music with Perry. "Days Of" is about, well, moving on.

Please talk about your efforts to raise money for Danny Lackey with your new single...

Kim: We luh Danny Lackey. LOVE HIM! His recovery is a must. Babs needs to spend time taking care of him, so she's going to need the money to do it. When we needed the support, the music community rallied and helped us - REALLY helped us. We thought maybe this was a good way for people to donate a little, even a buck or two, and show the love for a guy who has been such a champion of anything anyone is doing in the shoegaze world.

What have you guys been listening to lately? Discovered any new and awesome bands that you can't stop listening to?

What are your music plans for the immediate future? How are you feeling about the state of the music industry at the moment?

Kim: We're pretty excited about Hush Delirium, the art/music experience that we've been lucky to be a part of. We're feeling pretty open to out-of-the-box ways to participate in music since... um... well, "The" "Industry" is not banging down our door. We will be using more of our stuff in our videos (We produce instructional videos for social media--lots of medical-related topics, where I have to say buttocks and urine in voice overs.) I think we've arrived at an understanding that "The" "Industry" will never serve us, so we should serve ourselves. To us, that means keeping active in the social media world, enjoying making the music regardless of sales, possibly using it for some philanthropy here and there, and of course, keeping our day job.

Is there anything else you'd like to share with the world at the moment? What was your most recent weird dream, do you have gas right now, whatever...hahaha - or anything music-related, as well?

Kim: Perry did have gas last night, and I had heartburn. Damn greasy pizza. Ada asked Perry to kill some landscapers yesterday. A frost killed all of Perry's tomatoes. We have to clean our house because The Foreign Resort is probably going to crash here tomorrow night. We don't understand why haters gotta hate. We're running for President. See pic.

For the record, Romney is a bunghole.

A* Star on Bandcamp

Posted by When The Sun Hits - All things shoegaze. at 1:15 PM