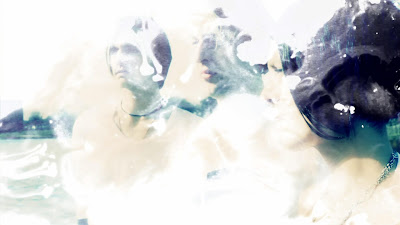 Taken from Speak into My Good Eye:
"As we’ve already reflected on the release of My Bloody Valentine’s long awaited opus, we can now hear with refreshed ears the fruits of their ambient rock influence partially present in NYC’s Dead Leaf Echo. The band crafts elegant, visceral guitar passages with a vocal approach reminiscent of the best of 80′s shoegaze. They continue to accrue deserved acclaim as Time Out NY has hailed their shows as, “Some of the best live music in the city” landing them at SXSW on bills with The Wedding Present, Japanther, A Place to Bury Strangers and Trail Of the Dead.

Now Dead Leaf Echo share a track in advance of their debut LP Thought and Language, out March 5th on Neon Sigh, in “Memorytraces”.

The first effort from the band is a 'concept album that follows the conception and birth of a child and his discovery of thought and language.'"

Posted by When The Sun Hits - All things shoegaze. at 8:32 PM