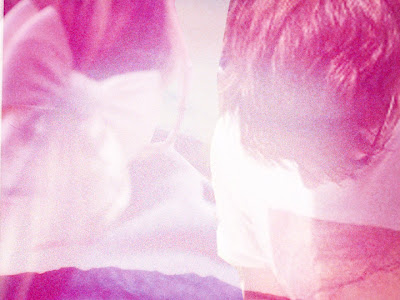 When The Sun Hits Interviews
Thom Hill of Echo Lake

Echo Lake formed late in 2010 after Thom Hill and Linda Jarvis met studying at art school in South London. The ex-choir girl’s voice perfectly suited Hill’s Brian Wilson-meets-Galaxie 500 productions and they set about work on a new project. A songwriting and recording duo (fleshed out to a five piece for rare live dates), the act were picked up by cult London label No Pain In Pop. Fourteen months later and debut album Wild Peace is a considered, singular work brashly proving right all the hype. Marrying Hill’s huge, dense production style with countless interweaving layers of Jarvis’ emotive and cavernous voice the tracks seem to float like the densest of mirages, maintaining a majestic indie-rock classicism. The band are currently writing and recording their second album for a 2013 release. 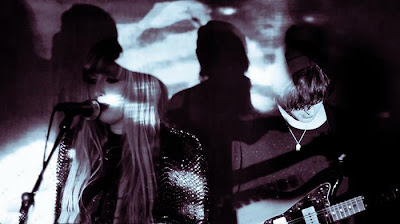 How and when was the band formed?
Around May 2010. Linda and I were studying at Camberwell art school together and we became friends because we both liked similar music. I had been recording lots of instrumental music at home by myself, I played her a song and she told me she could sing so I invited her over to record with me. The result was a song called “Everything is Real” which ended up on our first EP. We put the song on Myspace and within a few hours No Pain In Pop and a few other blogs had picked up on it and it starting getting really popular. We started getting all these gig offers which we couldn’t accept because we had no band, so that’s when Kier, Steve and Pete came onboard, we formed a 5 piece live band and starting playing shows around London within a month or two. It was all very fast and quite surreal but exciting, to be honest! 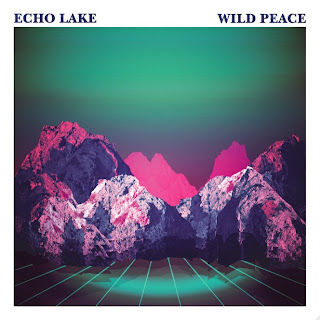 Can you tell us what the band has been working on and what you've got forthcoming in the near future (new releases, tour, etc.)?
I have been writing a lot of new songs over the past year, which I’m currently recording. We’ve been doing sessions in a London studio called HOLY MOUNTAIN with our friend Misha, who will be co-producing the record with me. We’re aiming to get new material out as soon as possible but you know how it is, anything could happen. In terms of touring, we have some plans but nothing concrete. Hopefully some festivals over the summer but the main priority is to finish the next album.

Do you consider your music to be part of the current shoegaze/dream pop scene, or any scene? Defining one's sound by genre can be tiresome, but do you feel that the band identifies closely with any genre? How do you feel about genres in music, in a general sense?
I don’t actually. The closest thing to a scene is probably all of our friends who live nearby and play in bands too, but it’s not like a movement or anything like that. I suppose we identify with psychedelic music mainly, I get tired of the shoegaze tag but it can’t be helped. People need to put music in a genre because it helps us recommend stuff to each other. If someone said I needed to hear Echo Lake because they sound like Beach House then I’d probably give it a listen but one day I really hope our music can stand alone without lazy comparisons or being boxed in to genres. That’s probably the ultimate goal.

What do you think of modern shoegaze/dream pop/psychedelia artists, any favorites?
Yeah, there’s some good stuff out there. Obviously the return of MBV is exciting but my favourite bands at the moment are bands like Lower Dens, Kurt Vile and the Violaters, Destroyer, Deerhunter and so on. There’s so much good stuff out there, which is lucky because there’s a lot of total shit, but the good outweighs the bad. We live in a really good period for music, we’re spoilt for choice.

What is the most important piece of gear for your sound? Any particular guitars/pedals/amps that you prefer?
Not really, I always play through Fender amps and I love my Vox super lynx guitar but I sometimes use a jazzmaster. Obviously reverb, distortion and delay are pretty essential to our sound when playing live. I’m in the market for some new pedals, for anyone that cares I would really recommend Strymon pedals, they are so amazing! But I would have to say that Linda's voice is pretty important, it’s how people can separate us from all the other stuff out there.

What is your process for recording your music? What gear and/or software do you use? What would you recommend for others?
I use a soundcard, my laptop and Logic Pro, a really simple set up. That’s how I record most of my music and I like to mix it myself because I’m a bit of a control freak. But for the next record I’ll be recording most of it in a studio with a producer which is really exciting because we’re trying to go for a more ambitious sound, so it’s going to be kind of three quarters studio, one quarter bedroom produced. I would recommend anything by Audio M, a good sound card made by those guys will go a long way. It’s probably the best £150 I have ever spent.

How do you feel about the state of the music industry today? There is no doubt a massive change underway; how do you see it and do you feel it’s positive at all?
I’ve noticed there’s quite a lot of fake indie bands out there, they have backing but make out like they are really hardcore DIY, that’s bullshit. There’s no shame in having backing but don’t pretend you don’t, just go for it and have a good time. It’s pretty worrying when bands get signed up to big deals on the strength of a few demos, you just have to hope that bands have enough about them to keep making good music that people want to hear, otherwise they are fucked. I’m glad we’ve had a steadier more natural progression. First working with No Pain In Pop and then Slumberland records.

I can’t foresee what the change is going to be… maybe Justin Timberlake will just start a huge online label or something and then sign everyone and save the industry.

When it comes to label releases versus DIY/bandcamp and the like, what is your stance, if any?
None really, I think do what you have to do to get your music out there. We are about as DIY as you can get and I like it that way, we work closely with people we trust and other artists, photographers and film makers who we connect with and it feels like we are coming up together which is great. Don’t get me wrong though, at some point I want to get signed so we can try and make a living off making music. Bandcamp is great, we’ve used it in the past. There’s a lot of musicians out there who have no intention of being big or famous, so bandcamp is such a great way for them to share their music with the whole world and make a bit of money from it to help with the bills. It’s cool.


Do you prefer vinyl, CD, cassette tape or mp3 format when listening to music? Do you have any strong feelings toward any of them?
Vinyl, all the way! CDs are throwaway but to be fair I think bands and labels think a lot more about CD packaging than they used to, which is great. I have a great vinyl player and a decent collection, the only problem is that it’s so expensive! But it’s worth it because they sound beautiful and it’s something you will cherish forever.

What artists (musicians or otherwise) have most influenced your work?
The artist Peter Doig is responsible for our name and he’s an incredible painter so he’s kind of responsible for our whole identity, so gotta give a shout out to him. I get really inspired to write music after watching a really atmospheric film, like something by Terrance Mallick, David Lynch or Michael Mann. Musically I guess my biggest influences are Brian Wilson, The velvet underground, Bruce Springsteen and Johnny Marr. I love The Smiths but I’m not their biggest fan in the world, I just really love Johnny Marr because he’s a brilliant arranger/composer and he’s so earnest about what he does, that’s something I really admire. 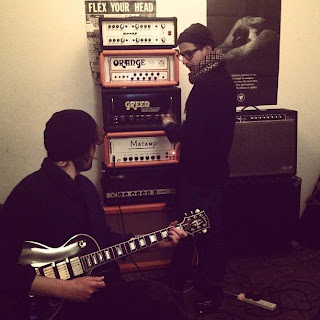 Can you tell us a little about what you are currently into (books, films, art, bands, etc.)?
For Christmas I got a great book about Maps of New York, hundreds of years worth of maps! It’s awesome. I’m a real map geek, which I know is lame but whatever. My girlfriend is director of a great little gallery here in London called 11 Spitalfields, which is just off Brick Lane. There’s always something exciting being exhibited there, recently Bob and Roberta Smith and Jessica Voorsanger had a great show, which made me glad to discover their work. That’s my monthly dosage of art. I’ve been listening to a lot of The Ramones again, Grizzly Bear and I’m still quite obsessed with St Vincent, her latest album is amazing.

If you had to choose one track that was the ultimate definition of your sound, which would it be and why?
Even The Blind. It was probably the most ambitious track from the last album and the one I was most proud of.

Can you tell us a little about the band’s song writing process?
Well in the past I just wrote and recorded everything instrumentally at home, by myself. Then when I though a song was ready I would pass it on to Linda, she would dream up the words and melodies and then we would record the vocals and that was it. This time it’s quite different though. The past year has been crazy for us and with everything that has happened it left me little time to actually sit down and write new material. So I found myself writing songs in my head when I was on bus or train journeys and walking home from work at night. I made a conscious effort to remember my ideas and keep building on them in my head without giving in to demo them, then just before we go to the studio I kind of have to figure out the ideas and chords in my head and then record them. It’s really spontaneous and an exciting way to go about it but it’s going really well, it’s kind of an experiment although I wouldn’t want to write every album this way!


What is your philosophy (on life), if any, that you live by?
I just try to be good to people, work hard and I know it’s a cliché but make the most of it. This past year has taught me that life is unpredictable and really precious.

Posted by When The Sun Hits - All things shoegaze. at 5:49 PM