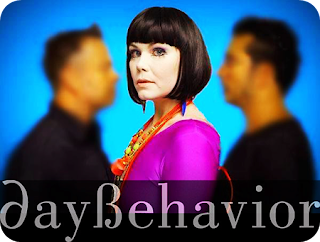 When The Sun Hits
Interviews Daybehavior

Stockholm-based Daybehavior was formed by Carl Hammar and Tommy Arell, who both had been making music in various constellations since the early eighties. In 1988 they got to know each other and soon they found out that they had similar musical references, particularly synthesizer-pop music from the early eighties was something that they both loved.

In the summer of '93 they got together and seriously started to consider the possibilities of making music together. They decided in what way they wanted to work and Daybehavior slowly took form at their own Graplur Studios.


In the winter of '93 they started the search for a vocalist, and a little more than one year later, after having tried out more than 40 different vocalists, Paulinda Crescentini entered the studio and the last piece of the Daybehavior puzzle fell into place. Half Italian, half Swedish, Paulinda was able to add even more beauty to the Daybehavior sound, turning their music into something really special with her melodic voice, and her lyrics which she sometimes writes in English, sometimes in Italian.

How and when was the band formed?
P: It was formed when I (Paulinda) went to an audition in Carl’s studio and I played my demo for them and they liked what they heard. They gave me an instrumental track  that I took home and wrote some lyrics to and then went back and showed what I had come up with. Carl and Tommy had already been making music together  with different singers but when they decided they wanted to go “all in” and form a serious band they tried out over 40 singers. And picked me in the end!

Can you tell us what the band has been working on and what you've got forthcoming in the near future (new releases, tour, etc.)?
P: We’ve been working hard to promote the album Follow That Car! to radio stations, blogs and fanzines. Since we’re not signed up with a big record company we do everything ourselves and that takes a lot of effort and time. We are planning to shoot our first video to this album. The videos that you might have seen connected to Follow That Car! are all made by fans which is great. We love that we have such dedicated fans, but now we’re gonna do one were we perform ourselves  It’s the track For a thousand years were I sing a duet with the synthpop artist Julian Brandt. We hope that we will be able to start writing new material although I have a little baby just two months old so it all depends on how much time she is giving me  For the same reason a tour is nothing we plan for the nearest future…

Do you consider your music to be part of the current shoegaze/dream pop scene, or any scene? Defining one's sound by genre can be tiresome, but do you feel that the band identifies closely with any genre? How do you feel about genres in music, in a general sense?
P: Our band was formed when the shoegaze era was exploding. Guitar based indie pop ruled the world. We never consider ourselves a part of that considering the lack of guitars on our songs and for the fact that we never gazed at our shoes when performing live haha. But something we do have in common are the strong pop melodies based on a classic pop tradition. We are also influenced by the genre called trip hop. Nowadays people tend to look down on trip hop but I can’t understand why. It’s probably the same people who looked down on synth pop before and now when it’s trendy again everybody seems to love John Foxx and Depeche Mode and go around saying they always listened to synth. The next step is when H&M starts selling T-shirts with Kraftwerk on. The same people who bought the Ramones T-shirts from H&M will buy them, haha. We define our self like electronic pop music with synthpop and triphop influences. Actually I just made that up, I ought to check with the boys first but I think they are ok with that definition :D
What do you think of modern shoegaze/dream pop/psychedelia artists, any favorites?
P: To define a genre is difficult as you said and there are a few bands that might could fit in Shoegaze that I love and they are: Deportees, Lissi Dancefloor Disaster, The Naked and Famous, The Vaccines, Austra, Niva and Gossip. I don’t know if these bands would accept themselves as shoe gaze but I think that they developed the genre indie pop in a very positive way.

What is the most important piece of gear for your sound? Any particular guitars/pedals/amps that you prefer?
Tommy: The lexicon Reverb. It's used on basically every track :) 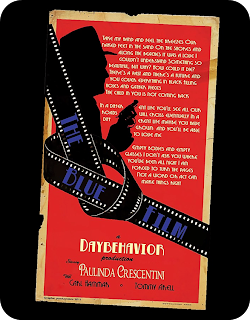 What is your process for recording your music? What gear and/or software do you use? What would you recommend for others?
Carl: We are using Mac and PC computers for recording and using Logic as the music program. As for instruments we are using both software and hardware. Old synths such as Korg Ms-20, Mono/poly and Roland Jupiter8, as well as modern software synths.

How do you feel about the state of the music industry today? There is no doubt a massive change underway; how do you see it and do you feel it’s positive at all?
P: I few years ago everyone thought that the major record companies was going to fade away because of the downloading and streaming generation but we can now see that they are bigger than ever before. The three biggest companies control the mainstream music industry and are owners in Spotify for example. You can still make a lot of money as an artist if you are signed up with one of these companies. The smaller and indie artists have to rely on that the press covers them. The bands also have to play live if they want to make money. We do as many other small bands: we make music because we love it and not for the money but we also have to work very hard to be seen and heard in the ocean of blogs, radio stations and webzines out there. Personally I think it’s better to be positive and try to see the advantages with the new structure. It doesn’t help much to look back in anger.

When it comes to label releases versus DIY/bandcamp and the like, what is your stance, if any?
P: The dream is to sign with a major record company. In the long run we are in to this because we love to produce music, not to hunt different sites and band camp pages that take a lot of time and energy. Time that we’d rather put in writing songs or doing interviews for that matter  But in the position we now are in, we have no choice. 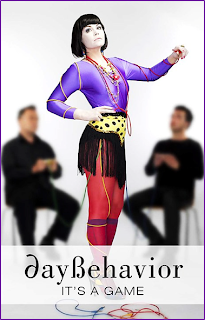 Do you prefer vinyl, CD, cassette tape or mp3 format when listening to music? Do you have any strong feelings toward any of them?
P: I’m a dedicated Spotify-listener and love that you can do your own playlists and listen to other people’s playlists. I mostly listen to others because I am too lazy to create my own haha. I listen on my computer with ok quality speakers. The sound could of course be much better but it’s very convenient to listen this way. T: Prefer CDs. When i move to a bigger apartment i will start using my vinyl-collection again. haha.

Can you tell us a little about what you are currently into (books, films, art, bands, etc.)?
P: We currently are in to old movies from the 40’s to the 60’s. The estetichs and the layouts from the film posters and the clothes for example. If you listen to our latest album you can hear samples from old films and the cover art in the booklet is heavy influenced with older  movie theme. Also the title, Follow That Car! is a flirt with the movie scene  We are planning to continuing having film as an inspiration source. We had it in the earlier albums and we already decided that the title of our next album is gonna be “Based on a true story”! I really hope no other band is reading this and stealing the title haha. Remember where you heard it first!


If you had to choose one track that was the ultimate definition of your sound, which would it be and why?
P: Wow, that’s a tricky question! We had that discussion when we were deciding which track that was going to be the first single. We wanted to choose one that represented our sound. We finally choose the track "City Lights" because of it’s dreamy film noir sound, synthpop-ish touch with a strong chorus and a mixture of sadness and hope in the lyrics. I still think that song represent our music in a very good way!

Can you tell us a little about the band’s song writing process?
P: Carl and Tommy get together in the studio and work on a first sketch of a song containing bass, drums and harmonies. When they are satisfied with the “ground base” they mail it to me and I work on it in my little home studio composing lyrics and melodies to the track. After that I send it back to them so they can listen. Sometimes they are very satisfied and happy with what I’ve come up with and don’t have much to say but “Wow, great job, it’s fantastic, let’s record it in Carl’s studio” but most of the times they give me feedback on things that they want me to try, like: “Great lyrics but these words are a bit too long, can you try to re-write so we can hear what it sounds like?” for example. We mail a bit back and forth ‘til we are satisfied with the demo. Then we record it professionally in Graplur Studio.

What is your philosophy (on life), if any, that you live by?
P: I don’t know but I am really convinced that my friends are very important in my life, without them I wouldn’t be who I am today. Besides that I’m working on being more laid back and not take things so serious all the time. It’s getting better and better the older I get. There are only good things with ageing so far, I think. You get wiser and better as a person and if you work out you can look quite good also haha
T: The secret of remaining young is to have an inordinate passion for pleasure.
C: It's more fun to compute!