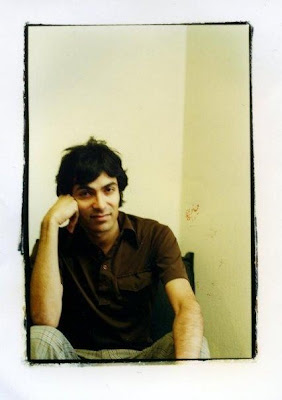 We had the recent priviledge of interviewing the legendary Scott Cortez, of bands Astrobrite, Lovesliescrushing, STAR, and Polykroma, for When The Sun Hits. We consider him to be an outstanding artist, with an incredibly influential body of work. In the very near future, When The Sun Hits plans to do an in-depth 4 part feature on Scott and his projects; we believe his output to be vastly important and seminal to this genre, and we want the world to know. Until then, please enjoy getting to know a little bit about Scott in this interview!


1. Can you tell us what you've been working on and what you've got forthcoming in the near future (recording, tour, etc?)


I am planning on releasing several solo albums with material that span the past two decades. I am really excited about that. The climate seems right for it now. I think people will be surprised by how contemporary it sounds, or maybe they won't be surprised at all.

Astrobrite has a new dirty lo-fi album set for October or September.

I am recording tracks for a new Lovesliescrushing album. Melissa is sending tons of tracks over the interwebs. So we are working in a new way and it is faster. Trying to organize a mini tour, solo stints, playing in Japan and assisting on a documentary about Lovesliescrushing.

We are giving the Wavertone label a reboot and we want to release vinyl, so the new llc will be on vinyl.

I use several loopers, eq and reverb mostly to manipulate time and sound. I also have had a few custom instruments to explore new textures. But the most important gear are my ears and brain, without them, you have no imagination running the tools.


3. What shoegaze bands/artists have most influenced your work?


4. Tell us a little about what you are currently into (bands, books, films, etc)?

I love to think about making music for films that I see in my head. See the images and stories but never the dialogue, just these scenes.

I am really excited to be collaborating with tons of people at the moment. Noveller, thisquietarmy, and a slew of others.

I like that ambient and drone music is really coming to the fore. And I like a lot of these new bands. I guess music goes in cycles of course but I could care less about that. I only care about sound. I like beautiful music and am really happy to see that there is a ton of it being done.

Dreaming is vital to living, the second you stop, you are dead. I will be making music and art till my last breath, that is a good plan.