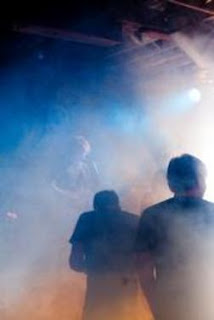 The Sunshine Factory are Robert Taylor and Ian Taylor, a father and son shoegaze/dream pop duo based in Mobile, Alabama. With two gorgeous and dreamy releases under their belt, Vintage Revolution (2009) and the Sugar EP (also 2009), and more on the way, The Sunshine Factory is a band to keep your eyes and ears on. When The Sun Hits recently interviewed the band, so keep reading to learn a little about the group (they recently added two members!), their influences, and their philosophy on life in general. We love these guys; we think you will, too.


1. Can you tell us what you've been working on and what you've got forthcoming in the near future (recording, tour, etc)?

Robert & Ian: We have been in extremely hush, hush negotiations with an independent label from Atlanta called Adair Park Recordings. We are nearing an agreement for an official release of our self-produced album and EP as a combination album of about 70 minutes or so. It will encompass music from Vintage Revolution and The Sugar EP. We are excited about this looming on the horizon.

The state of the music world today is so exciting and open. It’s kind of like going back to the days of Colonel Parker, Elvis and Chuck Berry. We are also preparing to appear on a music television show called M2B very soon. It will include live footage of a festival we recently played, The Coastline Chronicles. A three day affair featuring all local talent. It will also feature an interview with the band. 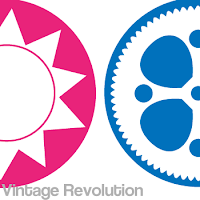 We are probably two thirds of the way towards completing our third album. We are calling it Just Remember. This album I think demonstrates a bit more cohesion and the maturing of our songwriting collaboration. We have been writing together (Ian and Robert) seriously for about 5 years now and it just seems like we are getting a sort of cosmic connection and the songs come together more readily which I think allows us to elaborate more in orchestrating the songs. From a purist stand point the new stuff is probably more classically "shoegaze". The "songs as one song" idea also is more persistent I think. We both bring a lot of more experimental fundamentals to the table than perhaps one might guess from listening. Particularly Vintage Revolution has definite pop structure and sensibilities. This does not preclude the process which has been informed very much by other writing processes in which we are involved that are more intrinsically ambient and experimental.

As for touring that will probably happen most seriously in the spring and summer of next year. We want to finish this present album, work hard on promoting and publicizing the work that is already complete and then following up our presence on our new label Adair Park Records. The new album will be done will not be released until next spring or summer because the label wants to increase our visibility first, using the music that is already out there (Vintage Revolution and The Sugar EP). We have in the past few months added a great drummer Matt Hendrich who is a welcome addition to the band in so many ways.

Also we recently added Sally Robertson on bass, who made her live debut on August 12, although she has been practicing with us for a while now. We met her through her brother who plays in a band we love called the Blackjacks, which is a kind of 60’s revival/psych rock band we play a lot of shows with locally. We also have shows in nearby cities in the next few months, New Orleans, Atlanta, Lafayette and also several shows in our home town of Mobile, Al. That’s the nuts and bolts of what is happening with us.

As far as my most important piece of gear that would be the guitar. I get most of the sounds from just the guitar, distortion, and tunings. The MX200 comes in handy for its gated reverb, reverse delay and pitch shifting. A lot of the songs utilize the "glide guitar" technique developed by Mr. Shields. Lots of open tunings and capo as well. The Q-tron is that crazy bit you hear in the bridge of "My Sugar Cane."

3. What shoegaze bands/artists (or whoever) have most influenced your work?

Robert: I find shoegaze music most aptly expresses beauty in music while also being honest about the chaos that still exists in our surroundings. The first bands I listened to in this vein were The Jesus and Mary Chain, The Revolutionary Army of the Infant Jesus, Swans, The Cocteau Twins, Killing Joke and then as they became more well known My Bloody Valentine. Of course I (Robert) was around for the first wave of shoegaze and understood from the first time I heard it that it would be hugely influential not only to me but to music as a whole. I am pleased that a new generation of listeners and musicians are submersing themselves in this truly magnificent genre of music. I can’t wait to see what gems will be created.

Ian: John Williams, New Order, The Beatles, The Chemical Brothers, The Smiths, My Bloody Valentine, Sonic Youth, Swans, Stereolab...these are just a few of the influences, but in reality you could include bands from D.R.I. to Allison Krauss and everything in between!

Robert: I have recently been reading a book on the neurophysiology of music called This is Your Brain on Music. A how and why we like certain rhythms, sounds and frequencies. My other companion book that is dear to my heart is called Wounded by Love. It is the anecdotal account of a simple Greek orthodox monk named Porphyrios and his life. Most profound in its simplicity. Movies, I just love a Russian movie called "Ostrov" and another called "The Island" is amazing. Of course I always love eastern chant; actually any kind of Arabic chant, it doesn’t matter what the religion.

As far as shoegaze bands, I like the Fauns, Ringo Deathstarr and Serena Maneesh, of course our label mates, the Orphins and This Piano Plays Itself. There are so many good bands now that shoe gaze is making such a huge comeback I feel like there is a virtual tidal wave of good bands. As Ian so aptly put it, I hope we have a surf board.

Ian: I have been reading a book called Ultimate Questions, which is an anthology of modern Russian religious thought. Particularly an excerpt by a Russian philosopher named Nicholas Berdaev called "The Ethics of Creativity". It is a wonderful expression of the way that ideas are born and developed and has helped me understand the creative process metaphysically. As for movies I really enjoyed The Flaming Lips: The Fearless Freaks. Just a great documentary.

As far as bands are concerned I am really into, Serena Maneesh, Broadcast, and a lot of 60’s garage rock like the Atlantics. I am also really into this band from L.A. called Dunes.

Robert & Ian: Our philosophy of life is governed by the principal that God is love and only love. Everyone is enveloped in it. You either revel in it and demonstrate it and let it flow through you and be expressed in everything you do music and otherwise. Or you fight against it and become bitter and angry, violent and ultimately extremely unhappy and impossible to be around.. All because you lose sight of the beauty of love which surrounds us all. I hope that we always are able to express love and beauty in our music.

Posted by When The Sun Hits - All things shoegaze. at 6:59 PM