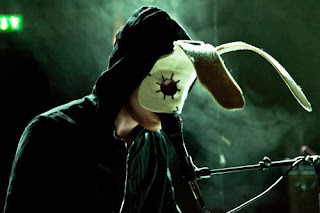 Sleep Party People is essentially Brian Batz; a one man bedroom pop magician making some of the most innovative and compelling sounds in the realms of shoegaze and dream pop that this blog has heard in quite awhile. The band (Brian does take 5 bunny mask clad musicians [we'll get to that in a bit] with him when touring) is based in Denmark and the band's debut self titled LP (that being Sleep Party People, for those of you with short memories) was one of the greatest discoveries When The Sun Hits made in 2010. Compelling, beautiful, quirky, extraordinary, surprising, otherworldly - basically it's impossible to describe with words, so you must hear if for yourself. Listen to the video clips; you'll get it. Also pertinent information: Every member of Sleep Party People, whether it's Brian performing by himself or with a touring group of musicians, wears a bunny mask onstage. Just saying. In any event, Sleep Party People is absolutely and positively one of the most noteworthy new bands of the year, and we expect (and eagerly await) all future releases. Enjoy the following interview with Mr. Brian Matz, and check out the band's official website for further investigational activities, and you will find a free download of a new SPP track there, as well!Win!Cheerio!Band photos by:Christian Klintholm. 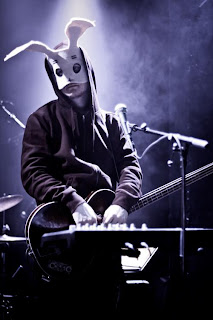 Well I’ve been playing in different band constellations since I was 14 years old and in 2008 I bought some recording gear and you know, then I just started to record new stuff. In the beginning it was only meant to be some new sketches for the band I was playing in but I felt that I’ve really recorded something different and surprisingly enough something I didn’t expect coming from me. So I decided to keep the recordings to myself and start my own project. I wanted to get away from the idea of writing music together as a band. I needed my own space and rules without anyone interfering in the process.

My ex-girlfriend had these words hanging on her refrigerator and one morning I was drinking my coffee and making funny words on the refrigerator and one of these sentences was “sleep party people”. I remember that I thought, “That’s a really cool band name, I must use that next time”. 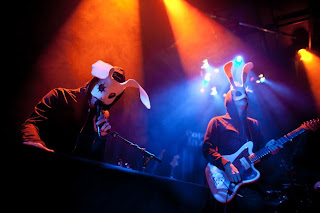 3. Here comes a question I'm sure you are sick of: Why the bunny masks?

No, I’m not at all sick of this question. It’s really an obvious question but very relevant. It’s all good. Well when I created the vocal sound it reminded me a bit of a bunny talking. If a bunny could talk it would probably sound like that. That was my thought. So I got inspired to go on the Internet and search for “people wearing bunny masks”. I found this very cozy but also very frightening picture of a boy standing in the hallway wearing a bunny mask. I got permission to use the picture as my front cover for the Sleep Party People album and then I got psyched about the thought of wearing these masks live as well. The whole intention was to make it the Sleep Party People logo and image and I think it works like a charm. Although I don’t if it’s an everlasting keeper so maybe I’ll figure something different out for the second album. That’s a maybe though.

Sleep Party People. Notes to You. 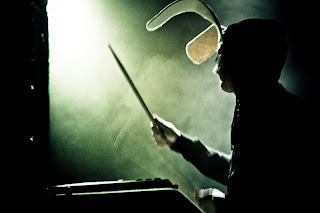 4. Do you feel any connection with Dream Pop?

Oh that’s very difficult to say because I listen to a lot of different music and genres but ever since I heard Four Calendar Café with Cocteau Twins I’ve been very much inspired and influenced by their sound and the whole explosion of shoegazer bands. But I’m also very inspired by Erik Satie and Arvo Part. You know more classical music. When I’m thinking back at the period where I recorded the album I was listening to a lot of My Bloody Valentine, Helios, Erik Satie, Animal Collective, Panda Bear, Scott Walker, Mercury Rev and Cocteau Twins. So they must have influenced me quite a bit. 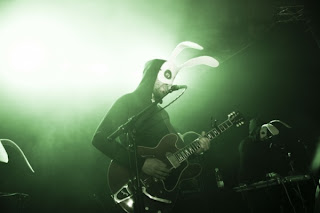 6. What is the music scene like where you live?

It’s actually getting pretty good. We’ve always been in a very sad state of mine if you ask me and I really don’t think that we’ve been a part of anything good musically. Almost that is. Perhaps we have had some good bands, which crossed the Danish borders and played in other countries. But I think the whole DIY thing has opened a lot of doors for creative musicians to do it themselves and that’s why we’ve seen a lot of very interesting new bands shine and spreading there wings and actually becoming a new name outside of Denmark. More and more are watching Denmark and that’s with a very good reason because we have plenty of good artists coming your way. 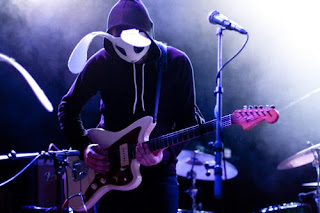 7. Tell us a little about what you are currently into (bands, books, films, etc)?

I’ve been listening a lot to Tamaryn's The Waves, Ariel Pink’s Haunted Graffitis Before Today, Lower Dens’ Twin Hand Movement, Efterklang's Magic Chairs and Tame Impala's Innerspeaker. These are maybe my top 5 records of 2010. I haven’t been reading that much because I’m not really a big reader. Actually the only book I’ve been reading this year is Submarino by Jonas T. Bengtsson. It’s a Danish book, which is very sad and melancholic. I don’t know if it’s been translated into English or released outside of Denmark but I can surely recommend it. I love watching movies but I don’t think that this year has been that good in the movie business. The only good movie I’ve seen this year is Where The Wild Things Are. That was maybe the most heart-warming movie I’ve seen in many years. Really big fan of Spike Jonze. 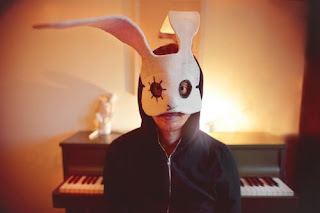 8. What sort of set up/gear do you use? What is the most important piece of gear for your sound (i.e. pedals, guitars, drums, etc.)?

We’re five bunnies on stage with a piano, three keys, a bass, a guitar, drums, lots of computers
and pedals and then four of us sing. And that’s the core of our live sound, but without any doubt the most “important” piece of gear must be my keyboard, because it creates the sound on my vocal. Without that it’s not Sleep Party People.

I’m the only one who writes the music, but the guys arranges a lot when we’re rehearsing for the concerts. Sleep Party People is more dynamic live and that’s because of my beautiful bunnies. They’re so talented and nerdy in the best way ever. Without them I wouldn’t be able to play my music live. But the fact is that Sleep Party People is my project alone and they are not a part of the writing process but they will be on the second album. 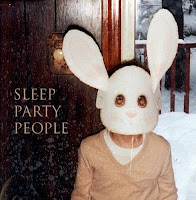 10. What do you think of modern Shoegaze/Dream Pop artists?

I really like the new wave of shoegazing artists. I think they have a very interesting approach. It’s different than the old shoegaze/dream pop and that’s extremely positive. I don’t like when new artists sound like the old and just do a “copy/paste”. Then I would much rather listen to the old records.

Be brave. Believe in yourself. Don’t let anyone tell you that it’s impossible and that you’re not good enough. That’s not true. With positive energy you can go far and maybe reach the gold you’ve always dreamt of. And treat others like you want them to treat you. Be loving and believe in love. 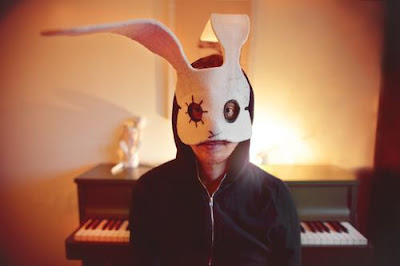 Posted by When The Sun Hits - All things shoegaze. at 7:30 PM