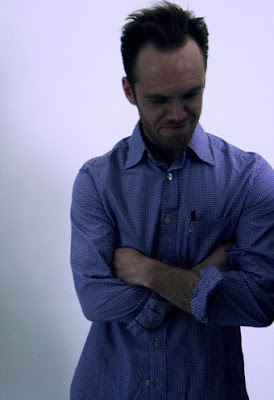 800beloved is a Michigan based dream pop group born out of the writing, concepts, and production work of singer/songwriter Sean Lynch. After releasing music in various and unique formats (an EP on a pill shaped thumb drive, limited cassette singles, etc), 800beloved's long awaited debut album, Bouquet, was released on Valentine's Day, 2009. The album was incredible, as I knew it would be (having loved the early demos I somehow acquired for years already), mixing an almost nostalgic 80's dream pop sound with upbeat tempos juxtaposed with sad, brutally honest lyrics filled with longing. Everything about it was just right to my ears. 2010 saw the release of 800beloved's second LP, Everything Purple, which was every bit as gorgeous as Bouquet, but had a markedly different sound to it, at least to me; it was quieter, slower, almost colder. It is beautiful. Sean Lynch has been kind enough to offer to our readers a free download of "Tidal", the final single from Everything Purple, which you can download at the end of the interview. Also check out 800beloved's bandcamp page, where you can immediately download both LPs and a few other treats for next to nothing in price. When The Sun Hits is thrilled to interview Sean Lynch of 800beloved, having adored the band for so long. We hope you enjoy getting to know more about this band that deserves so much recognition for their beautiful output. 800beloved are truly stunning. 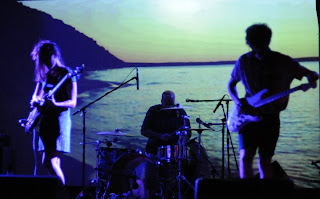 The moniker and concept for output came to me in September of 2005, shortly after ending my work under a previous name and group. 800beloved, in the sense of a band, never had an "original" lineup or date to which one could be traced. Past and current members I've worked with over the longest term include Anastasiya Metesheva, Scott Masson, Eric Wilson and Jon Elkas.

800beloved. Colours. Bouquet.
2. Can you tell us what you've been working on and what you've got forthcoming in the near future (new releases, tour, etc)? 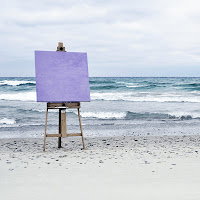 I'm just writing and painting. Whether or not the "next" release is by 800beloved or some other peripheral of my work doesn't matter. I'm really not interested in playing shows as a band at the moment. I had the most wonderful time recording Everything Purple and Scott, Stacy, Eric and I had a fun Spring and Summer playing the songs.

It comes from a seven digit telephone number. 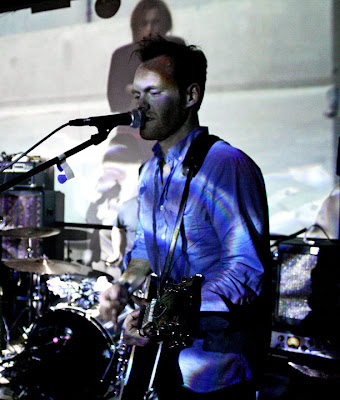 4. Do you consider 800beloved's music to be part of the current shoegaze/dream pop scene, or any scene?

No... I, along with most of the people involved with 800beloved, live and work in a quiet little town in Michigan and although we play Detroit for local showings, I don't feel our sound or subjects of interest fit within any of the city's "scenes."

Nationally, we've always been well received by bands or audiences who entertain similar noise—including shoegaze and dream pop. I've always been taken more by the application of sound as opposed to what genre it may be traced to. Whether that's shoegaze or dream pop or Pitchfork's latest micro genre doesn't much 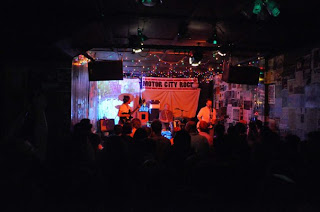 matter to me. The spines of our songs have always maintained a recognizable posture because of their words and the tonality of themes that arise from those words. Though, in these times of hyperactive music exchange where blog hype often trumps lyrical quality or conceptual adherence, emphasis on the literal meaning of a song is probably what alienates 800beloved from most "scenes" we could be associated with.

800beloved. Go. Bouquet.
5. What do you think of modern shoegaze/dream pop artists, any favorites? 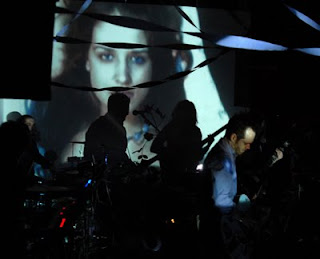 I enjoy some of it... Bands like A Sunny Day in Glasgow, Ceremony and Deerhunter can all be found in my music collection, but for the past year I've taken a greater interest in artists who allow vacancy or silence to be left within their recordings. Grouper is a wonderful example of this. Most of the modern shoegaze or "Nu gaze" I hear just seems like an uneventful trip to the mall over-saturated in simulated reverb. It lacks a narrative or authentic character. Words and phrases like "confusion" or "fade-away" or "losing" get a bit old to me and sometimes I think the genre, along with much of current music as a whole would be more provocative if the delivery or deliverer was believable. Imagination shouldn't instigate too much of the song writing process so if it's water and shorelines you're singing about, well... you can't find those things at a bar in Brooklyn now can you? 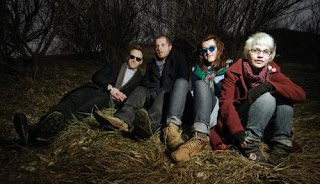 Our first album was about flowers and dying (among other things) because I've spent the greater percentage of my life at funerals and cemeteries etc. That's my contention with some of today's shoegaze or dream pop artists... the two genres already have a sonically built in melodrama and the use of pedals for an "instant" wall of sound is more often used to conceal a mediocre or otherwise repetitious set of lines.

6. What exactly happened with your former record label? Does self releasing material appeal to you more? There are definite positives and negatives to both processes. 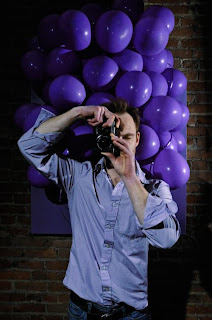 In the Summer of 2008, the Moodgadget recording label contacted me with an interest and offer to release our music. We delivered and released two albums, Bouquet and Everything Purple until I requested to be removed from any connection to their label in May 2010. This is why our albums have disappeared from larger distributors like iTunes and Amazon. Although I'm leaving out details as to why, it shouldn't matter to our listeners. If you've heard of 800beloved or just discovered us, our recordings are just as accessible as they were under a label/distributor. We're just not blogged about as often. I haven't lost any sleep over my decision.

7. What is the most important piece of gear for your sound? Any particular guitars/pedals/amps/synths that you prefer? 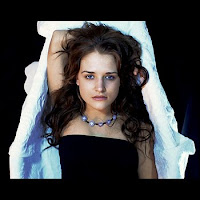 It all depends on what album we're talking about...On Bouquet a Fender baritone was the primary guitar used on the recordings because the b to b scale made my playing feel awkward and less reflexive towards chords I had used in the past. A DOD American Metal pedal was used on any part with distortion because I found one for $7 and it bit wonderfully in the 3-5k range with the distortion turned to 0 and the presence turned to Three O'clock. On Everything Purple I was looking for glassy and cold guitar sounds similar to The Sundays, Cocteau Twins and early Cranberries, so we

used a Fender Spring Reverb Tank along with Lexicon and Pog octave generators, a Maxon CS-9 stereo chorus pedal on predominately clean channel hollow body guitars. An acoustic 12 string was used to make the jangly parts more "light-hearted" than the fuzziness of our previous album. On parts that weren't clean, we used Death By Audio's Total Sonic Annihilation pedal with various distortions.

I've referenced from all the usual suspects... My Bloody Valentine, Lilys, Cocteau Twins, the Jesus & Mary Chain, Slowdive... I could keep listing others but my answer wouldn't be that original.

800beloved. If Butterflies Never Burned. Everything Purple.
9. Can you tell us a little about what you are currently into (books, films, art, bands, etc)? 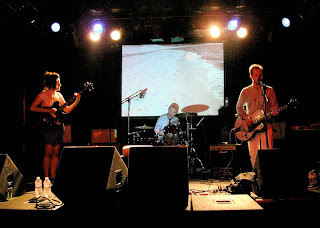 From production, performance and distribution I really appreciate what an artist like Liz Harris/Grouper is doing. She's able to release her music with a sort of disconnection from a label's identity. It makes her output feel like singular commissions, exhibited in the way a visual artist "shows" their work. Above all sources, I'm constantly learning about lines, colors, sounds and words from the woman that holds most of my attention. If I'm not with her, I just hang out with a black cat.

10. If you had to choose one 800beloved track that would be the ultimate definition of your sound, which would it be and why?

I can't pick one. 800beloved was carefully selected as a moniker because it lent a great enough range for me to include my affection for various things found in popular culture paired with sacred subject matter. Rhythmically bombastic/noisy songs like "Show Me Evil" are just as important as a ballad like "No More Unicorns" in understanding "our sound" and it's polarities. I can't answer for everyone in the group. Speaking for myself, I'd say the most exciting event was near the end of 2009 into 2010, when I realized I was no longer writing the songs from Everything Purple. The photograph for the album cover was taken around this time. 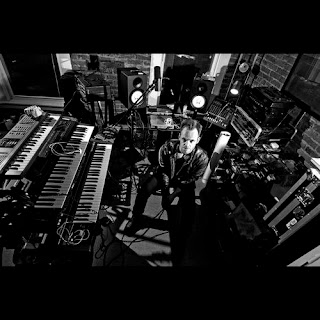 I suppose I'm still listening for it. 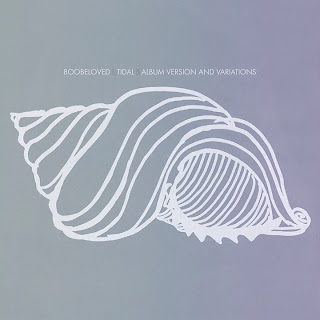 Free Download:
800beloved. Tidal.
(The final single from the LP Everything Purple)

Posted by When The Sun Hits - All things shoegaze. at 2:10 PM