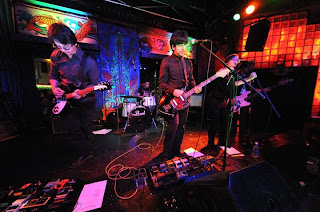 Resplandor are Antonio Zelada (vocals, guitars, sequences),
Luis Rodríguez (guitars, ebow) and Henry Gates (bass) and are based in Lima, Peru. Peruvian shoegaze isn't something you hear much about, and Resplandor not only stands out because of their locale, but also because of the sheer high quality output this band has been cranking out since forming in 1996. They are doing something no one else around them is doing, but also doing it so exceptionally well that people like Robin Guthrie, Andrew Prinz (Mahogany), Scott Cortez (Lovesliescrushing, Astrobrite, STAR, Polykroma), and Ana Breton (Mahogany, Dead Leaf Echo), to name a few, have worked with them in the past. Resplandor's influence has been felt and heard all over the world, which is no small feat, considering that, according to Luis Rodriguez, Peru has little to no shoegaze scene to speak of. When The Sun Hits was naturally thrilled to interview Luis Rodriguiz of Resplandor, and we hope you enjoy getting to know more about him and the band. We also hope Luis can forgive any language barrier mistakes that may have been made in transcribing the interview below - his English is wonderful, but Danny and I probably need more lessons! 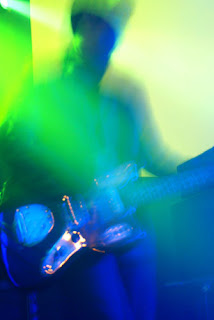 Well it happened back in 1996; Antonio had an idea to put together all his influences and started with a pack gig. I joined the band in 2000 after the first album Elipse was recorded. I asked Antonio after one show if the band needed a bass player, but he wanted me to play guitar because at that time Resplandor was a 3 piece; he used keyboards, sequencers and drum machines. We presented the album in a theater and we continued together ever since.

2. Where does the name "Resplandor" come from?

The name came from Kubrick’s film The Shining. Antonio is a huge fan and so am I; it’s really a nice name. 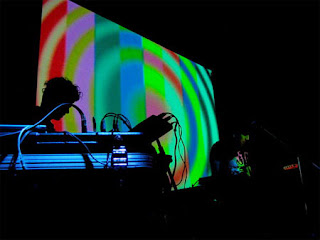 I believe we are, although I do not personally like to be categorized or stereotyped. I make music and that’s all that matters to me.


Resplandor & Robin Guthrie. Halo (live).
4. What artists have most influenced your work? 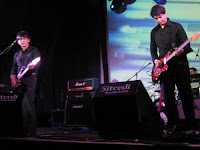 It changes from time to time, state of mind, mood, but the bands that really influenced me to become a musician were R.E.M. and The Smiths. Peter Buck and Johnny Marr are really great guitarists. I’ve listened to a lot of music because of my older brother...he introduced me to bands such as The Church, Prefab Sprout, Stiff Little Fingers, and the Ramones. Later I discovered Slowdive’s Morningrise and fell in love with this lush, mellow, wall of sound that dream pop is made of. 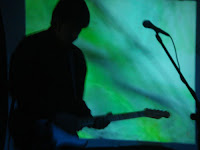 So I started to dig deeper and found bands such as Cocteau Twins, Ride, Pale Saints, The Jesus and Mary Chain, MBV, Chapterhouse, along with the great Brit pop bands such as Pulp, Blur, Echobelly, Gene, Northside, etc. In general, a lot of British and some American music, like the Pixies, really got deep into me.


Resplandor. Downfall.
5. Tell us a little about what you are currently into (bands, books, films, etc)? 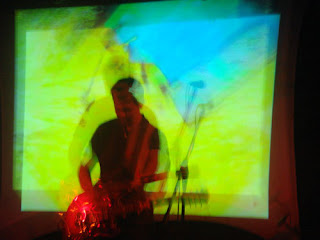 Right now I’m listening to Engineers (thanks to Ulrich), OMD, Trembling Blue Stars and the Field Mice; I got a compilation from The Carpenters, The Beatles, and also the latest Belle & Sebastian and Hurts albums. I’m currently reading the Twilight saga, and as far as films are concerned, I do not have much time because I have a gorgeous son, but at least I’ve seen Inception, Shutter Island (not a DiCaprio fan at all), and Avatar. 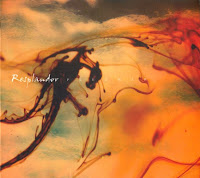 6. Is there a shoegaze scene in Peru?

I think there isn’t a scene, per se; we have not played very often in Lima because shoegaze is not well known nor commercial, but we have tried to push this scene with bands that Automatic Entertainment has worked with.


7. How did you guys meet Robin Guthrie and Scott Cortez? Antonio, as the owner of Automatic Entertainment, contacted Robin when he went to Chile, where he played the Lumière show and Resplandor opened; he really enjoyed our music. We were in the process of recording Pleamar and I asked him to produce our album. He gladly accepted and already had ideas for the new songs we had played that night. I recall Robin saying he wanted "Twilight" to be the last song of the album, with it's intense wall of sound, and it was.

We met Scott Cortez through Andrew Prinz (Mahogany). Lovesliescrushing came to Lima to perform and Robin was in Lima, as well, recording Pleamar. We asked Scott, Ana and Andrew to collaborate and they didn’t hesitate to do it. I could tell the album was recorded on a psychedelic overdose basis...lol!

8. Who is producing the new album?

Actually we haven’t decided yet, so far we are producing our new songs. 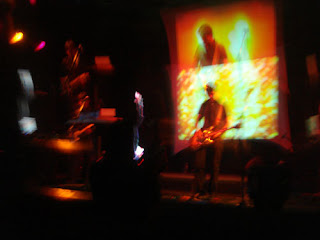 9. What sort of set up/gear do you use? What is the most important piece of gear for your sound (i.e. pedals, guitars, drums, etc.)?

I use a Rickenbacker 330 and a Fender Jazzmaster, analogue pedals reverb, delays, tremolo, chorus, distortions, phaser, an effect processor, pedal boot and ebow. I can’t play without my Ric, actually I’m getting a 360, that will be my Christmas present! 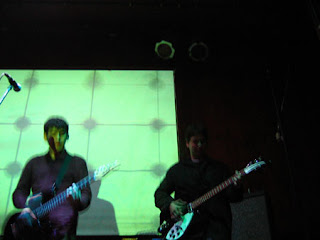 10. What do you think of modern shoegaze/dream pop artists, any favorites?

There are quite a lot of amazing bands; I really like the new Elika album Snuggle Bunnies, Airiel, The Big Pink, Engineers, Serena Maneesh.

11. How do you guys write? Do you each bring in finished work, or do you write as a full band?

Antonio and I write the songs. We get together with almost finished songs and then we exchange our work and record them. Before I joined Resplandor I had plenty of songs; actually, "Downfall" was recorded long time ago. It is hard for me now to write, but Antonio does and the noise sounds too, and I do melodies. I guess we both know what we want when we write Resplandor’s music. 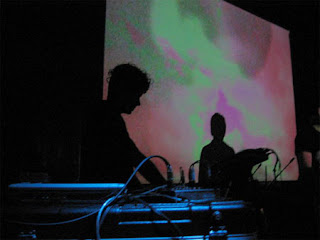 12. Will you guys be releasing a new album soon? Do you have a release date?

We are planning to release a digital EP probably by the end of the year, and we are recording a song for a tribute to the Field Mice, which is due next March. And a new Resplandor album hopefully next year... 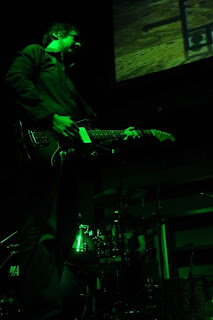 13. Are you touring the States again with the new release?

So far we plan to showcase at the SXSW 25th Anniversary; this will be our second time there but we are open to any ideas. We would love to tour there again but sometimes it’s hard, especially when you have a family. We have a show this December 20th and next January we will play in Argentina.

14. What is your philosophy on life, if any, that you live by?

To take every opportunity in life and not let it pass.