Shoegaze Quote Of the Month. Miki and Phil of LUSH on making videos. 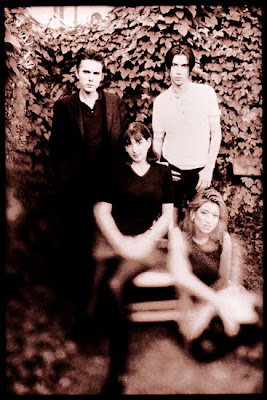 From the RAD interview with LUSH by Jeff Joley 1994: How do you find making videos?

Phil: Usually they're quite tedious, but the last one, "Hypocrite", was really good fun, actually.

Miki: I didn't mind the first ones, actually. Because it was all new. They were really low budget, it was kinda like this little company. And he wasn't really involving the band and it was really low-key, and sort of "indie." And what happened is when we put them out, that's when it became this American thing and we got licensed to Sire/Reprise. And then it was like, "Oh, you've got to get a video on MTV," you know. "It's not enough to get on 120 Minutes, we've got to get on Buzz Bin. So you're not making a video of what a bunch of fuckin' English people who know nothing about MTV think is going to get shown on MTV." Which is utter bullshit. So what you end up with is nothing natural. You spend a fortune to some cunt to come along and basically film me and Emma looking really gorgeous with loads of make-up on and all this white light. And he fuckin' edited it like such a piece of shit. It's all I ever think. And we get "Oh, they just made a video for Pet Shop Boys, so we'll get them in...."

Phil: And so they'll make a video for us. It's just a low budget video. But still it's 20 or 30,000 pounds, and for them it's low-budget. And one day's filming is probably what the whole album cost. It didn't cost much more than that.

Miki: And it's a bit daunting. When these people suddenly got brought in, they really think they're big shots doing this little band some sort of crappy little favor...and they're not. And our manager will be sitting there saying, "You've got to come up with ideas...You've got to come up with ideas." And when we say anything to them, they go, "Well I might consider that."

Posted by When The Sun Hits - All things shoegaze. at 9:45 AM