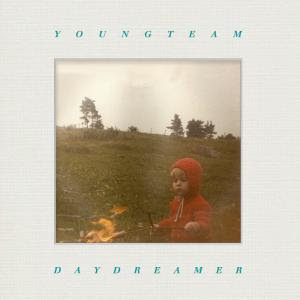 Not that Part 1 doesn't COMPLETELY and ACCURATELY describe the awesomeness of Youngteam's Daydreamer, conveyed in a way we can all understand, but they do deserve a Part 2. With, you know, words. English ones (or Latin or broken French, if you insist). We also just interviewed these nice guys, so you can read that HERE to learn more about the band as human beings. 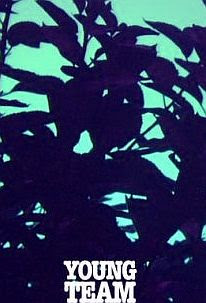 Yes, Part 1 is a little silly, but I ran into the same problem doing this review as I do with any record I try to talk about that I think is exceptional - I'm reduced to monosyllabic grunting, saying stuff "kicks ass" a lot, wild gesticulations and making image montages (see: Part 1). Despite these obstacles, the following is an attempt to accurately describe Youngteam's new LP to the readers in a satisfactory manner without sounding like a fan girl douchebag. Let's do this thing.

Firstly, Daydreamer is the debut album from the band, as well as the first full length band release on Northern Star Records (read WTSH's feature on the label here). This is a big deal and great leap forward for both the band and the label. 2011 is going to be their year, no doubt, and the hints I've squeezed out of Scott Causer [of NSR] about the next Revolution in Sound compilation due later this year are starting to make me twitchy with anticipation. 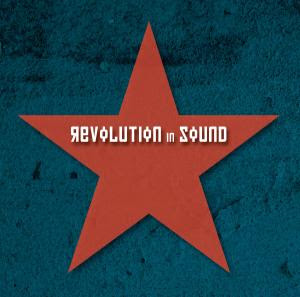 I was surprised to find out that Daydreamer, a record that sounds SO good, both the musical talent and the production, was recorded mostly live (Swedish producer Mattias Glava is clearly an audio wizard). My only previous experience with Youngteam has been mostly via the Northern Star Psychedelica comps (they are on several of them), so going in, I wasn't exactly sure what I was going to hear. According to Northern Star, Daydreamer is a "dark, stark, unsettling beauty of a record. Daydreamer is their Unknown Pleasures." Well bloody hell, that was enough to get me amped about it. 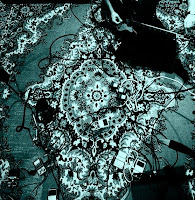 Scenario: Daydreamer obtained. Played it through once. Floored. By track two a "Holy shit!!" had been exclaimed loudly. Played it through again. Floored. Had to step out for a smoke to calm down. You get the idea. Since then, I'm on approximately listen #247. Keep in mind I've only had it for less than two weeks. It's THAT good. I'm not bullshitting you either. When The Sun Hits doesn't bullshit around anymore. There is too much great music out there to be wasting time. Daydreamer is the real deal.

That's all well and good, but what the fuck does it sound like, exactly? Yeah, I knew you were thinking that. Calm down. I needed to get a thesaurus, since there is no way I can do this without some fancy ass words. (I'm only half kidding about that.)

To begin, NSR's assessment of this LP being Youngteam's Unknown Pleasures is on target. No, Youngteam doesn't SOUND like Joy Division. It's the mood of both records that are similar. If you can achieve making your own Unknown Pleasures-esque masterpiece without ripping off the band in any way, you've done something raw and pure. 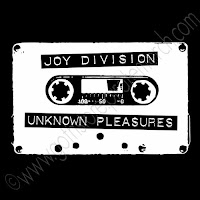 Going through every song on the album and discussing each at length isn't going to happen - that would turn into a novella. Pointing out the highlights and describing the sound should be more than enough to win you over. Unless you are daft. Don't be daft. Unless it's Daft Punk.

While yes, the album contains the above mentioned dark elements, it is much more than that. It is not bleak. Interspersed between dark lyrics and guitar work are some of the most beautiful melodies and soundscapes I've ever heard; they have the ability to make you feel lost in a dream. There is gorgeous dream pop weaved into this tapestry, and the juxtaposition works incredibly well. Unsettling, but irresistible and gorgeous. 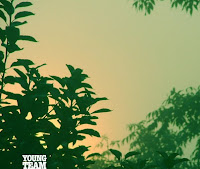 The track "Black Lodge" has this amazing, almost Cure-like guitar intro (honestly, the intro sounds like the "All Cats Are Grey" intro, but sped up tons and with way more swagger; if I'm imagining that, someone let me know. I am sometimes delusional.) that then turns into a gorgeous wash of dreamy vocals and melodies before bringing that unforgettable intro riff back again before THEN turning into an epic psychedelic jam. In almost every song Youngteam seems to have a variation of this kind of approach - tonal changes, tempo changes, mood changes - that alone is enough to keep one interested in listening (It also very much reminds me of their namesake, Mogwai). You don't know what to expect to hear next, and that just doesn't happen to me much anymore, when a lot of bands sound homogeneous as hell and I could write half their songs.

Youngteam's influences are audible and all over the place, but they transcend them all. "My Only Friend" has this great 1960's psychedelic sound and a melody that will stick in your head for days. (Trust me). I love the 60's sounding keyboard work paired with the more modern guitar sounds. The vocals are very reminiscent of Ride, but with a softer edge, sans the overtly Brit accent, and buried more deeply into the soundscapes.

Which brings me to another point about the impeccable production - the vocals are not exactly buried, but they aren't at the forefront of any song. The vocals are almost like another instrument, making melodies with the keyboards and guitars and etc; it's just like the other instruments. The vocals are not the nucleus around which instruments should revolve in this kind of music. Anyone trying to produce a great shoegaze/dream pop/psychedelia record - this is essential. In my opinion, anyway. And of course, there are always exceptions to that. I'm just saying.

I've already explained in Part 1 that the track "Not From Here" causes a reaction within my brain a bit like this: 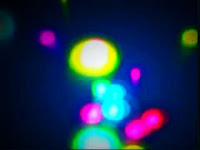 If you can't glean meaning from that, then you have no imagination. Shame on you. But when you hear the track, you'll get it. And for you boring types: this brain vision = awesome.

My favorite track, hands down, is "Strange Days". This is a dark song with some swagger thrown in with the gloom. Gothitude, if you will. The samples they use in the song lend an even more unsettling mood. I think it is a perfect song. I don't say that a lot. The atmosphere in this song is also amazing - it evokes the track title completely. I love how accurate everything Youngteam labels is, right down to their LP title, Daydreamer. They can turn a concept into fucking awesome music that is right on target.

I can't comprehend why anyone with taste would ever dislike this album. That does not compute. Youngteam's masterful blend of post punk, shoegaze, psychedelica, dream pop, 60's nostalgia (their use of those 60's-esque keyboards just melt my heart), and 90's nostalgia with their own unique sound is an overwhelming display of talent. Not to mention a sheer joy to listen to.

This band deserves every bit of goodness that comes their way after making a masterpiece like Daydreamer, and I hope all of you support them any way that you can. You can already pre-order the album at Northern Star, and it'll be released on Feb. 7th (digitally) and the CD format in March 2011 (also via NSR).