Interview: Stephen Lawrie of The Telescopes. 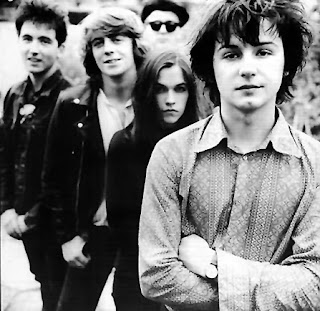 Does this man even need an introduction? For the sake of posterity: Ever since The Telescopes' very first release (a split flexi disc with Loop on the Cheree label in 1988) to the present, Stephen Lawrie (founder of The Telescopes, as well as on vocals and guitar) has never stopped impressing music fans with his output. Whether with The Telescopes or with other projects he's been involved with, his relentless love to create and explore sound has influenced and awed people for more than two decades. When The Sun Hits is extremely proud to feature this interview with the legendary Stephen Lawrie. We also want to thank Stephen for being awesome and doing this interview TWICE (the first one was lost due to a computer malfunction), which we can only imagine was huge a pain in the ass. Thank you, Stephen!

1. How were The Telescopes formed and how did the band choose that particular name?

I took inspiration to send me away.

It's infectious. I chose the name for it's meaning. "Beyond the realm of natural vision." 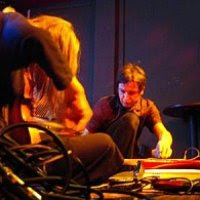 2. Do you consider The Telescopes to have been part of the first wave of shoegaze? I've always thought of the Telescopes as more of a psychedelia-oriented band, existing on the fringes of shoegaze. What is your take on that?

I don't have one. It's different for everyone.

3. Do you feel that your early sound changed at all, once The Telescopes moved to Creation Records? Was there pressure to be "shoegaze" under that label? How did you like working with Creation?

Telescopes are in constant flux. Everyone has their own idea of how Telescopes should be.

I liked working with Creation sideways. 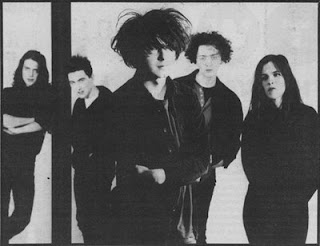 4. I've always felt that the Telescopes experimental use of noise and feedback in their songs was exceptionally above the rest of the pack, on both past and more recent Telescopes releases. Can you talk a little about your interest in exploring these sorts of soundscapes, and why they are important to you?

It's the most natural form of expression for me. Songs are written. Even when they seem to fall from nowhere. But I think and dream in noise. 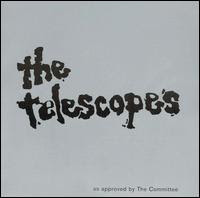 5. I've always felt that there must be a reason psychedelia-infused soundscapes - the feedback, droning, experimental noise, etc. - started to resonate with people, and continue to do so. Sounds once considered chaos are now considered beautiful. Do you have a theory on that? 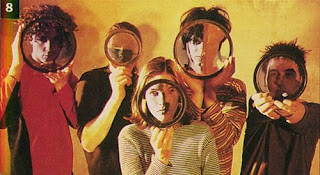 6. In my mind, there have been several "waves" of psychedelia movements in the past 50 years or so; one seems to be happening right now, with new groups looking to the past for inspiration - re-interpreting those sounds to make something new. Do you feel the Telescopes were/are, a part of this? Why do you think these patterns emerge?

Relay. But patterns are distractions. I'm more interested when things seem to transcend them. 7. What bands or artists most influenced you in your youth and had a significant impact on your own sound, if any?

Everything, nothing and the Velvet Underground.

8. Can you tell us a little about your label, Antenna Records?

Experimental free drone noise and repetition from around the world. Listen in.

9. What do you think of modern psychedelica/shoegaze/dream pop artists, any favorites?

"Villains" by One Unique Signal. "Spacewreck" by The Fauns. The Brian Jonestown Massacre's new album is sounding pretty special...

I'm not entirely sure how to place a lot of the things I enjoy hearing.

The Telescopes. Another Sky. 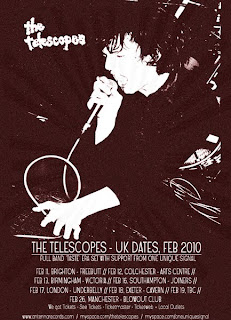 10. What is the most important piece of gear for your sound? Any particular guitars/pedals/amps that you prefer to get the sounds you want?

My R1. It's a clockwork box made of tin I use on strings/ pick-ups. I can make anything sound good with that.

11. Can you tell us a little about what you are currently into (books, films, art, bands, etc)? What are you presently finding influential?

The Dead c. Georges Bataille. Lars Von Trier. Bridget Hayden. All inspire. My biggest influence at the moment however, comes from working with a group again. 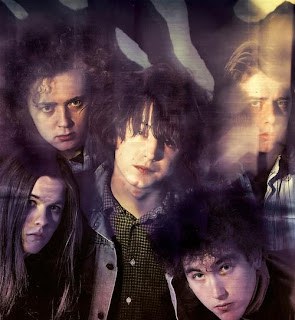 12. If you had to choose one Telescopes track that was the ultimate definition of your sound, which would it be and why?

I would have to take the forfeit.

13. What's next for the Telescopes (upcoming releases/tour/etc)? Are you involved in any other musical projects you'd like to talk about?

I'm always collaborating. Hanna Tuuliki and I are working on something for a Gaelic festival at the end of the month, taking inspiration from Hanna's research into old folk songs imitating bird call. I have plans to record with Afgan this year too. And Bridget and I have recordings we aim to put out. The first is a ltd edition 7" lathe cut due for release on the Champion Version label very soon. 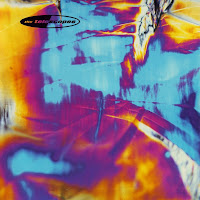 I've just started a new vinyl imprint called Static Charge... A subsidiary of Genepool/Universal. First up is a raw document of a show with One Unique Signal and myself revisiting songs from Taste. It hurts.

And Taste itself is being reissued on Bomp Records with The Perfect Needle EP as bonus tracks. All those songs were recorded during the same sessions, so it's good to reunite them.

The Telescopes. The Perfect Needle.

Also, work has started on a new Telescopes album. We've just recorded a few songs in a studio Anton Fjordson is building in Berlin. People should buy all his records so he can finish that. There's going to be some great music coming out of that place. I'm very excited about what the Telescopes have recorded there.

On the live front - There's a Scandinavian tour coming up in March, the Fauns are helping me out, and scattered dates all over with the Signal. 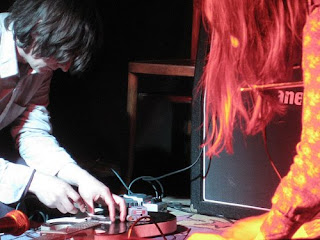 14. Through working on this blog and talking to a vast range of musicians, I hear The Telescopes brought up extremely often as highly influential to many of them. Are you aware of how influential the Telescopes have been to other bands, both in the past and presently?

(Note from WTSH: Yes, that is a direct quote. We agree with the logic.) 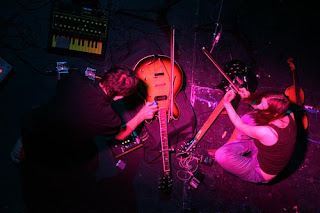