Quote of the Month: Peter Koppes of The Church on Religion. 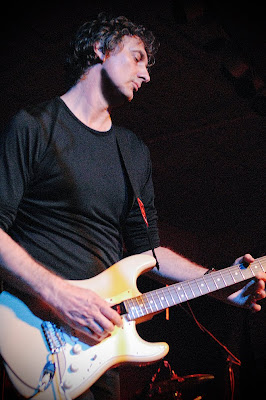 Sue Campbell: Church, religion - Did any of the band members come from religious families? Were any of you ever altar boys or Jehovah's Witnesses or such? Maybe talk about your spirituality now as you see it.

Peter Koppes: I think organized religion or any institution creates hierarchies that sometimes destroy the good intentions of its members and they differentiate people causing rivalries and wars sometimes. However, the world might be worse for the lack of them. Wishy washy or what! The best approach is Everybody should be free to do as they please". This has been similarly expressed by someone called Frater Pater I think. Disiderata is also a great code of living. I like my own: "You do to yourself what you do to others".

Posted by When The Sun Hits - All things shoegaze. at 2:59 PM