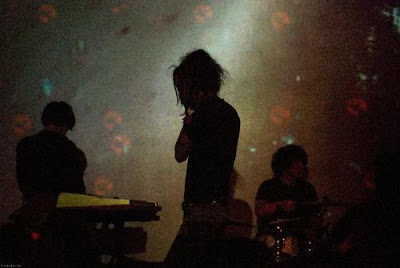 Love Culture is Raleigh Swan (guitar, vox, keys), Tristan Swan (vocals, guitar, keys), James Levesque (guitar, keys), Sky Cunningham (bass) Robert Fischer (drums), as well as their engineer, VJ (all-around expert VJ OZ of Blue Moon Studios) and they are based out of Columbus, Ohio. Hovering somewhere in between the distorted bliss of the Jesus and Mary Chain and My Bloody Valentine, with their own unique sound thrown into the mix, Love Culture are creating some of the most exciting shoegaze-oriented indie music that you probably haven't heard yet. With one official release under their belt (2010's stellar Aquamarine EP, and you can read Amber's new review of it here), as well as a collection of older demos (available on their LastFm page), and the upcoming Drag EP (to be released as an EP set with a re-release of Aquamarine on January 14, 2011), Love Culture is on the verge of getting every bit of the attention they deserve. Readers, Love Culture is officially now on your radar. When The Sun Hits is pleased to bring you the following interview with the charming Tristan Swan of Love Culture. Enjoy!
1. Can you tell us what you've been working on and what you've got forthcoming in the near future (new releases, tour, etc)? 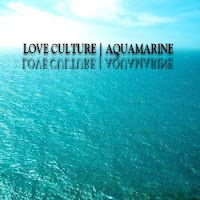 Currently we're working on mastering our double-EP package of Aquamarine and Drag. That will be available in January 2011. Aquamarine is an EP we semi-released earlier this year but we think it's too good to stay in the shadows so we're re-releasing it. We are currently working on setting up a small tour this winter with some dates in Ohio, LA, Chicago, Boston and DC. Of course, this is all within the confines of money. We're unsigned and entirely self-funded. We try our best to live lavishly though. ;)

2. Where does the name "Love Culture" come from?

It initially came from my a small project my brother, Raleigh and our guitarist James, had in high school. When we adapted it for this band it kind of took on a new meaning. There is a small part in Mark Danielewski's book House of Leaves where the main character Johnny Truant sardonically refers to society as a "love culture." So, for us now, the name is kind of in contrast to the music and the themes in our music. The idea of a "love culture" is beautiful but completely false. 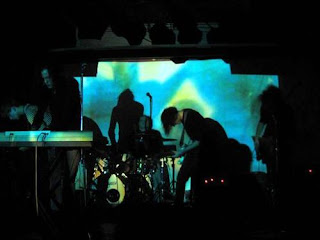 3. Do you consider Love Culture's music to be shoegaze/dream pop oriented?

My brother might disagree with me on this, but I definitely consider it to be shoegaze oriented. We're all young enough though that we grew up on Radiohead, The Smashing Pumpkins, some Suede, etc. so we've got indie/pop thing going on too. However, he newer music we're working on is decidedly less "shoegaze". There's a new group of bands coming up that have a very electronic, darker, more driving take on shoegaze and I think we're heading in that direction. 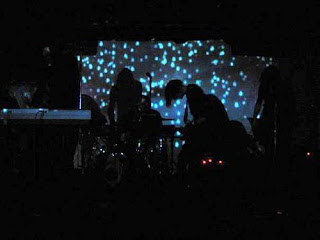 Nugaze? Haha. Actually it's basically all I listen to now except for my old favorites. It's a such an expansive sound that has so much depth and the ability to be both pretty and pissed off without being whiny. Some newer bands that I've been completely obsessed with recently (and I wouldn't classify most of them dream pop at all) are A Place to Bury Strangers, The December Sound, Sleepmask (LA), The Big Pink, The Rosen Association, Airiel, Soft, and Screen Vinyl Image. I was also really into The Manhattan Love Suicides before they broke up. The other guys in the band all have their distinct favorites but those are mine...
5. What is the most important piece of gear for your sound? Any particular guitars/pedals/amps that you prefer?

Raleigh and James would be better off answering this question, but I have a general idea. Pedals and more pedals are of course the most important pieces of gear we have. I know that Raleigh is just starting to get into Death By Audio pedals. I believe he either has or is going to get their Interstellar Overdriver and Supersonic Fuzz Gun pedals. Caleb is

very partial to his vintage Digitech Space Station, Russian Big Muff and his Boss RV5 reverb. Raleigh plays a Fender Jaguar, and he uses a Roland Space Reverb and Ibanez tube screamer as well as multi-effects board. We have some keyboards, the make and model being completely unnecessary as we mostly just run them through whatever extra reverb or distortion unit we have lying around.

Newer: There are tons but I'd say the top five that have really had the biggest influences on us lately are Mew, The Big Pink, Autolux, The Receiver, and, me personally...Sleepmask. Raleigh would probably mention Grizzly Bear.
7. Can you tell us a little about what you are currently into (books, films, art, bands, etc)? 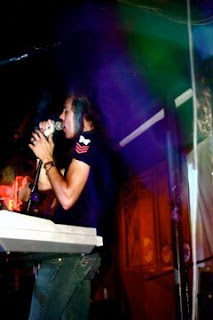 I can only answer for myself; a few of my favorite authors are and will be: F. Scott Fitzgerald, J.D. Salinger, Ernest Hemingway, Bret Easton Ellis, Graham Greene, Mark Danielewski, John Keats, Arthur Rimbaud....again, lots more. There are, however, two authors I sincerely dislike: Ayn Rand and Charles Bukowski. Especially Bukowski. Fuck that guy.

My favorite movie of all time is Heaven by Tom Tykwer. Mostly anything by Darren Aronofsky and David Lynch (Twin Peaks is still my favorite show ever). Danny Boyle is great too. Sunshine is an amazing film. Sky (our bassist) and myself are also pretty into anime - Cowboy Bebop, Ghost in the Shell, Tank Girl etc. Also, Final Fantasy VII is the best game ever made.

Not really into art so much. Not against it. Just not into it. There are a bunch of galleries where I live and I tend to walk by 99 percent of them without paying attention. Hey, at least I don't live in New York right?
8. What is your goal for Love Culture? For those new to Love Culture's music, what would you most like them to know about the music? 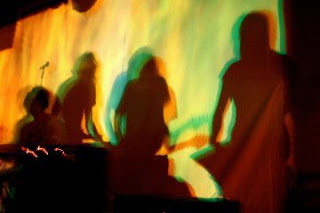 Our, ahem, practical goal is to make the music we want to make and have it sustain us in the long run. A purer goal is to simply create the music that has moved and shaped us and brought so many things into a beautiful perspective (or lack of). There is a certain aesthetic and sound that has shaped the way we approach life, relationships, emotion, fashion....everything. We want to be immersed in that. For the many, many, many who have no idea who we are I guess I would say that our music is for dreamers, romantics, melancholy misfits. Those who are trying their hardest to be beautiful in a world that is so against beauty, and against those who refuse to be mediocre. Reality is quite often a very tedious and hopeless affair....our music is like trying to keep your head above the water for as long as possible before you get dragged under. My friend kind of summed up Love Culture as: "five people staring at the abyss and trying to imagine something pretty at the end." Possibly melodramatic? Of course. Music that isn't is boring.
9. What is your philosophy (on life), if any, that you live by?

I try to care about everyone and love only a few. And if I can be eternally young and pretty while doing it the better. ;) 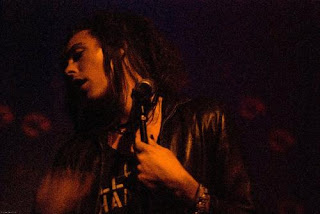 Posted by When The Sun Hits - All things shoegaze. at 3:30 PM