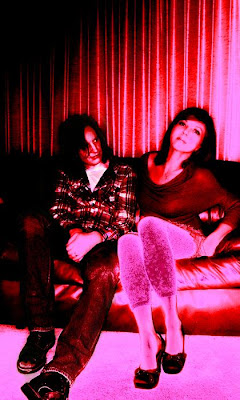 The Fleeting Joys are Rorika Loring (vocals, sturdy basses and electronics) & John Loring (vintage surf guitars & vocals), shoegazing their hearts out in Sacramento, CA since 2006. 2006 saw the release of their debut LP, Despondent Transponder, which was immediately highly praised, and with good reason - the album was a gazer's dream come true. Incredibly gorgeous and heavily influenced by My Bloody Valentine, but still retaining a sound that was all Fleeting Joys, as well. (I remember hearing it in 2006 and being blown away...by the time I tried to buy it, it was already out of print! Naturally, the high demand allowed for a reprint, which I obtained in about .5 seconds). Their sound is a blissed out swath of feedback drenched soundscapes, subdued and dreamy vocals, and complex layers of ambiance that I can only call absolute sonic perfection. 2009 saw the release of their second LP, Occult Radiance, which was just as masterful and stunning as their first, but on this one the Fleeting Joys

really streamlined their own unique sound; the inevitable MBV comparisons that came with their first LP quieted down on Occult Radiance. Rorika and John also run Only Forever Recordings, from which they release their own records, and the website is a great resource for following the band. When The Sun Hits is incredibly thrilled to interview Fleeting Joys, having loved their music for so long and so much. The added bonus was getting to learn how lovely and kind they are in real life. Enjoy the interview!

1. What's the story behind the name "Fleeting Joys"?

One of our favorite movies is called Nadja. It was completely filmed on a toy camera in the 80's and has this weird, eerie quality about it. Nadja is a vampire in New York City and she talks about how she could never get close to anyone or place for very long and "the pain of her fleeting joys". It struck me how that was similar to touring around and discovering wonderful people and places, but having to leave quickly.

2. Can you tell us what you've been working on and what you've got forthcoming in the near future (tour, album releases, etc)? 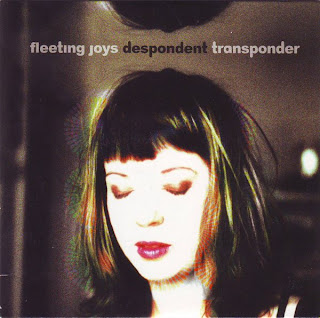 We're going to release an EP of some new songs next, but before that, 300 white vinyl copies of Despondent Transponder should be out around Christmas time. VoxPop Magazine chose "Lights Underground" for their next sampler, and a wonderful French videographer is finishing up a video for "Go and Come Back". We love her work and are really excited to see what she's conjuring up! Also been working on some possible soundtrack material...and our fuzzy version of a song that we're embarrassed to say we like - but we all know and love it!

Amazing poster art god Jason Austin is doing the artwork for Fleeting Joys merch right now!! It would be great if all these things were finished now, but we'll just have to see which ones happen first!!! 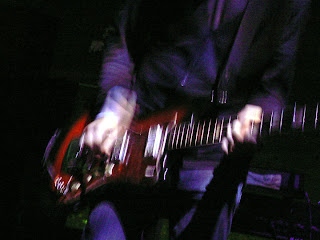 3. What is the most important piece of gear for your sound? Any particular guitars/pedals/amps that you prefer?

John: Certain types of tube amps. Currently using Vox, Marshall and Traynor. It's surprising how much different types of tubes change the sound of an amp. If I had to choose, I would definitely rather have a great amp and a shitty guitar than the other way around.

4. Do you feel that Fleeting Joys are part of the modern shoegaze/dream pop scene, or any scene?

We certainly hope so!

5. Can you tell us a little bit about Only Forever Recordings?

We've always had a DIY attitude about things and it just seemed natural to put out our stuff instead of waiting around for someone else to do it. Both of us had experience with graphics and videos and most of the things labels do. In the future, we'd like to expand into a kind of production house for bands that we really like to record, produce and release projects.

6. What artists, shoegaze or otherwise, have most influenced your work? 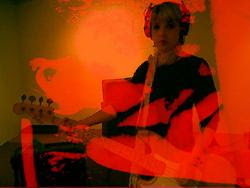 John: Cocteau Twins were the first band that gave me that heartbreak feeling...abstract vocals and crazy beautiful guitars. Sonic Youth, MBV, Swervedriver, Velvet Underground, Brian Jonestown Massacre, and too many more to list. Basically, any combination of power, beauty and punk. And recently, was blown away by Chapterhouse's live energy when we played with them in Japan. So many rush to mind…these are the classics that stand the test of time –

The Beatles from Rubber Soul forward, MBV and the Cocteau Twins’ Pink Opaque for sheer genius. Medicine for beautiful noise. Sonic Youth for who they are. Miranda Sex Garden for enthusiasm! 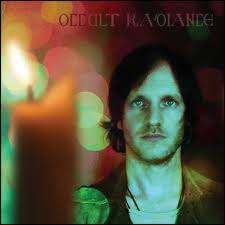 There’s running argument between us about who deserves more adoration: The Cure (Rorika) or The Smiths (John)! But we agree on Oasis, The Vines and The Posies for best singing along songs. Rorika claims to have started the day with Metallica’s Black Album for a significant period of time...

Meanwhile, somewhere across town, John was rockin' to the Jesus and Mary Chain.

And of course, Nirvana. Everyone can remember what they were doing when they heard that Kurt Cobain had died.

7. What do you think of contemporary shoegaze/dream pop artists, any favorites? 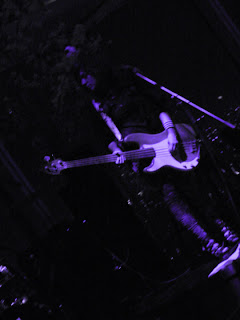 John: As always, there are some great new things happening...been enjoying the Brian Jonestown Massacre's intro to Boardwalk Empire lately...ha!

8. Can you tell us a little about what you are currently into (bands, books, films, etc)? 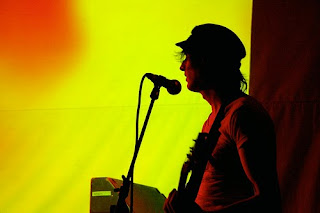 Just finished an Olivier Assayas marathon. He just has great style in everything he puts into his films...especially the music. (Except, perhaps, casting Kim Gordon in a speaking role! who knew - she's so great at everything else she does!!)

For some reason, John watches Communion with Christopher Walken over and over?!

And been exploring some New French Extremity on Mubi.com. 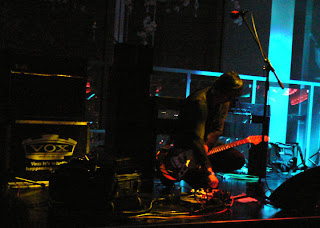 9. Which Fleeting Joys track would you choose as the ultimate definition of your sound?

Our songs vary quite a bit, so there's no way to say that. It always surprises us how many different songs people tell us are their "favorite". That said, "Lovely Crawl" is usually the song that we use for sound check.

Be timeless - not in the past or future. Also, mistakes can be your best friends.