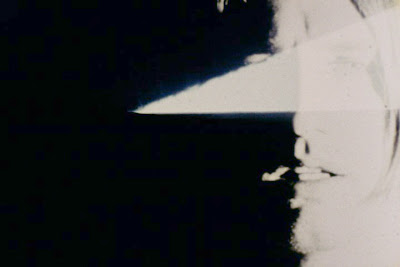 Echo is a four piece consisting of LG Galleon (Guitar, Bass, Vox), Ana Breton (Guitar, Keys, Vox), Christo Buffam (Guitar, Keys) and J. Parker (Drums). The band has a truly unique sound, both dark and ethereal, and certainly not easily pigeonholed by genre specifications. The band has worked with legendary 4AD producer John Fryer (NIN, Depeche Mode, Cocteau Twins) and Ulrich Schnauss, as well as opened for classic shoegaze heavy weights Chapterhouse on their recent tour. When The Sun Hits recently caught up with LG Galleon of Dead Leaf Echo, who was kind enough to give us an interview. Enjoy, and if you haven't yet checked out Dead Leaf Echo, the time to do so is now. 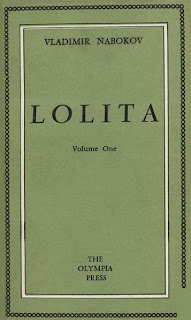 1. Where did the name "Dead Leaf Echo" come from?

It's from Vladamir Nabokov's book Lolita. A reference made by the narrator to the past virtues of a 12 year old girl.

2. How was Dead Leaf Echo formed?

It had always been there floating in the ether. There was a band called Dead Leaf Echo that existed about 5 years ago, but it wasn't the same thing. You wouldn't even recognize it compared to what it has evolved into. It has only really existed into what you know it as at this very moment.

We have a live radio session/interview recorded for "The B-Sides" show that will air live on 91.5 FM here in NYC and also stream/download for the rest of the world on the Internet. 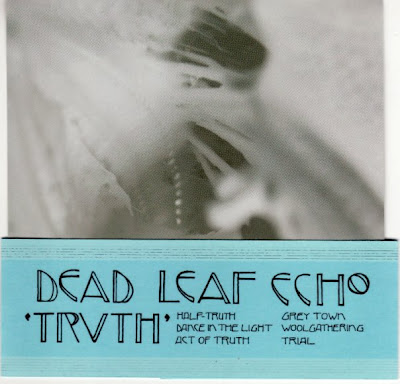 We had a 7" (Half-Truth) that came out last month with a unreleased b-side. Our last EP, Truth, was actually finished quite sometime ago despite coming out in October (2010), so there's a lot of material that been sitting in the cages. We've already gone back into the studio with John Fryer to begin to recording our 1st LP. It will be a fully realized concept album that is being co-produced with John from the early stages. There will be a lot of songs on this one, but it's too soon to gauge the amount of material released or when exactly it will come out. It's double the amount of material that we've already put out. Unfortunately we've already run out of money so it will take time and we're waiting to get back into the studio at some point next year. Definitely a single in 2011. Another 7" and video. But before our 1st LP comes out, there will be another release, a collaborative remix record that will be come out in the spring/summer of 2011. We will perform some of the remixes live at Cake Shop on March 11th and then we head out to SXSW.

5. What is the most important piece of gear for your sound? Any particular guitars/pedals/amps/synths you prefer?

Nothing in particular - because it's always changing. Quality is most important thing and vintage is nice if you can afford it. 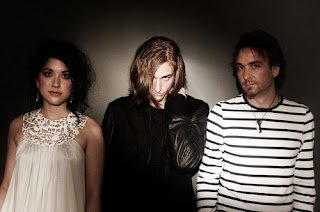 7. Do you consider what you are doing to be "shoegaze"? Do you feel that you are part of the shoegaze/dream pop scene, or any scene?

No, I don't consider what Dead Leaf Echo does to be "shoegaze". In fact I don't think there is such a thing as shoegaze. It doesn't exist. At least not as a genre today. It exists in terms of an aesthetic or used as a reference to a style defined 15-20 years ago which now has great influence on many acts today. Shoegaze is a tastemaker word thrown around to anything that has a regal ambience to it. I hope for the future that it will remain special amongst a sub-culture of fans. 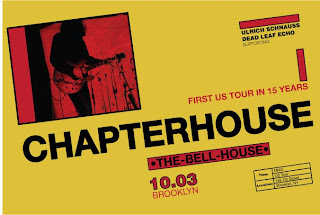 We do ruminations. Painting feelings through vibrations. Personality and Perspective is what we can offer.

In regards to scenes: I'm reminded of friends congregating together as a community of like minded artists coexisting on the same mental plane. Half the time you don't ever realize your in one until it's over, the good ones go quick and then it takes time and a prospective to reflect upon it. No one is ever the same or truly has a set of parameters to gauge by. New York is so huge and sweeping, it's often hard to really nail it down as opposed to a place that's smaller more contained. And that's the good side of it.

On the other side, there's a lot of competition here - a lot of attitude and self-righteousness. Shit talking and drama goes on all the time. But that's fine. Comes with the territory in any competitive field, not just music. I also feel that people's attention spans are shorter than they used to be so that makes it a lot harder to cultivate a specific brand or aesthetic upon an art form these days, it's hard to find patience in people regardless if they are an artist, fan or critic.

8. What do you think of modern shoegaze bands? Any favorites?

I'm in love with tons of bands that make a lot of different styles of music and the best part is that I'm friends with a lot of them. Hang around New York and tour and your gonna meet a lot of people in some really great bands, famous or obscure. And then there's all the people that are on the Internet from foreign lands. There's still people I haven't meet yet in person due to logistics but I always try to seek out and talk to people whose music I adore. Sometimes they talk back to me. Sometimes they say "leave me alone." 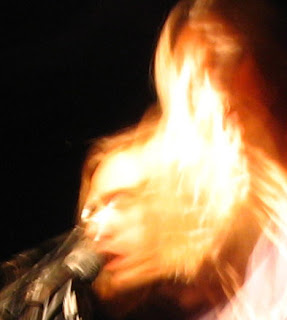 Just into so much. It's all across the board. It's almost too easy to immerse yourself in all that it out there. Always Kandinsky. More and more into color theory by Goethe and Schopenhauer. All the bands I'm friends with. I saw the new Aronofsky, really looking forward to the new Malick film. Old Eno ala The Plateaux of Mirror or H. Budd. Fryer got us listening to Japan's last two album's Tin Machine and Gentlemen Take Polaroids, which I haven't listened to in years. Black Francis. But mostly Prose Poetry.

10. If you had to choose one Dead Leaf Echo track that would be the ultimate definition of your sound and aesthetic, which would it be?

"Pale Fire." It's our only good song. 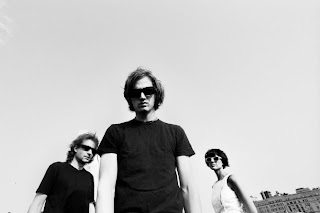 We create Art which is artificial, an imitation of Nature. Seek that out and discover your own path, stop distracting yourself with your own shortcomings and arguing against your own fallacies. It's hard when society has placed all these distractions for you - it's easy to lose focus. The Political/Economic situation that we face is in dire straits, and yet well placed distractions often get in the way. Too busy either struggling through life or forgetting about it. I spend a lot of my time here. It's easy to remove yourself from the casino capitalism that is running our society into the ground. Just turn on a little apathy and it goes away. So, don't forget the absurdities in the world. It's easy to let it get to you. Don't. Just laugh at the ridiculousness that is life.