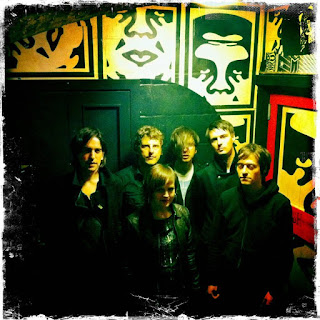 Spotlight Kid is a shoegaze/dream pop band based in Nottingham. Does the name sound familiar? It should! We recently posted a free download of Spotlight Kid's new track, "Haunting" (see that article HERE), and the band was also featured prominently in our Record Label Spotlight Series, featuring Northern Star Records (read that piece HERE.)


After releasing the Departure LP in 2006 to critical acclaim, the band was fairly quiet until 2010, which saw the release of an excellent EP entitled Crystal Dreams, as well as the All is Real/April 7 inch, featuring the new single, "All is Real". If you like your gaze guitar drenched and fuzzed out in the vein of MBV and Slowdive, you need to check out Spotlight Kid immediately. Enjoy getting to know a bit about this awesome band by reading the interview below. Thanks again to Spotlight Kid for making time to interview with When The Sun Hits. High fives and hearts all around. You can also follow the band's blog here!

We assume the band name, "Spotlight Kid", must be a Captain Beefheart reference…what’s the significance of the reference?

Chris D chose this title as the band name I think solely because he likes that album. Personally, I don't think the other guys including myself know too much about Mr. Beefheart or his music.

How was Spotlight Kid formed?

Spotlight Kid was formed by Chris D after Six by Seven finished, I think he needed an avenue to get his music out and if you listen to the first album you hear that it's totally different to the sound of Six By Seven.

Katty was a natural choice singer and from there the band kind of evolved over time with different members. Karl's been in the band for a while, myself (Chris) and Rob joined after our last band called it a day and Matt is the latest member joining last year following the split of his old band, The Black Light Parade, (R.I.P). At present I think we all feel that it's the best band we've been in, there's a really nice vibe about it. 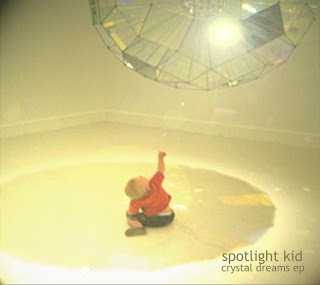 We popped over to our favorite recording studio in Norwich (called Purple Studios) for a long weekend before Christmas and recorded the entire album live over the course of the 2/3 days. We'd been playing around with some new ideas a few months leading to December and decided that we were going to capture it live. Purple Studio has an amazing live room and we all kind of circled around Chris D and treated it as long practice. Our amps were set up in different booths so we had isolation. It took a bit of time getting used to the sound but I think we captured it perfect. 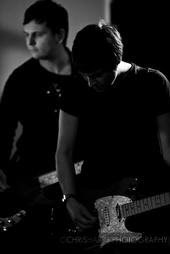 We've been back since to mix four tracks which sound fantastic (thanks to Lol and Rob at Purple Studios) and we're due to go back again shortly to finish the rest of the mixing. I think the plan is to look at getting this album out as soon as possible, along with a single release too.

Playing wise, we've played 2 great gigs recently which were supporting Esben and The Witch in Nottingham and the Joy Formidable in Leeds. Both are great bands, The Joy Formidable gig was the first of 2 gigs that they've personally invited us to play on their tour! We attracted their attention with our last EP (Crystal Dreams) and they've become fans of our sound. The nicest thing about it is that they hadn't met us until the Leeds gig, so they're obviously really into our music, which is a real confidence booster for us. Our next gig with them is at Koko, London in May. I guess we'll be playing many gigs running up to that show.

Spotlight Kid. All is Real. 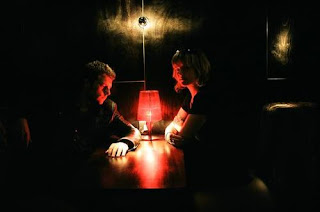 I don't think there is any particular piece of gear that we use to create our sound. From a guitarist point of view Rob, Karl and myself have different guitar sounds; My Jazzmaster guitar is very layered with delays and reverb, whilst Rob’s Fender Jaguar provides the "Big Muff" sound and Karl’s Telecaster is more direct with a dryer sound. Karl is a big fan of the POG pedal, which provides the pitch shift sounds of Spotlight Kid. Personally, it sounds like a trumpet ensemble to me, but that's how different we are. Chris D is a fantastic drummer with his own style of playing and Matt is probably one of the best bassists I've played with. We do use samples from the laptop but these aren't the source of the sound. This combined with the dreamy vocals of Katty and Rob creates our sound.

Do you consider what you are doing to be "shoegaze"? Do you feel that you are part of the shoegaze/dream pop scene, or any scene?

I'd say we have an element of it and it's certainly an influence on our sound, but I wouldn't say we're apart of a scene simply because I don't think there is one as such. It would be great to have a scene come out because I think it provides identity and excitement. I'd love a "shoegaze" type of scene to go mainstream although some fans of the sound would disagree with me there.

What artists (shoegaze/dream pop or otherwise) have most influenced your work?

As a band we're into different music but we could probably find a link which binds us together. A couple of us are into the shoegaze bands such as Slowdive, Swervedriver, MBV and so on, but we're equally, if not all into bands of today such as Interpol, The Horrors, The Joy Formidable etc . I guess they all influence our music in different ways. There certainly isn't one band or genre of music that defines us. 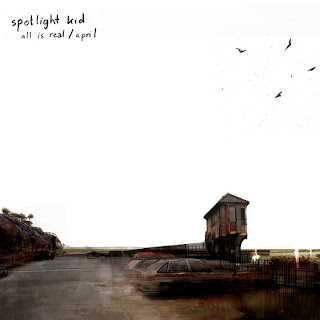 At the moment I'm really into The Soft Moon and Minks - Completely different bands, but I guess they share a kind of dark wave type of sound. The Soft Moon have some great beats and sounds whilst Minks remind me of the old Cure b-sides, Kiss me Kiss me era. I'm hoping they'll both be in the UK soon.

I read a crazy book recently purchased by my girlfriend for my birthday called, "Nothing In This Book is True, But It's Exactly How Things Are". It's full of conspiracies and new age beliefs along with some geometry for added effect. Very deep but interesting stuff!

I've recently finished the first season of a DVD called Dexter - A story about a forensic scientist / mass murder who kills people who do wrong. Strangely addictive, I need to get the second series.

What do you think of modern shoegaze bands? Any favorites?

There are some great bands about and the sound is so varied I'm not totally sure if you called it shoegaze although there is an underlining link which combines them. I love Solar Field, The Field. The Soft Moon are really cool and I really like Manual too. I've always been a fan of Amusement Parks on Fire - I adore their sound!

If you had to choose one Spotlight Kid track that would be the ultimate definition of your sound and aesthetic, which would it be?

"Can't Let Go (this feeling)" - It defines the band. I love it on record and playing it live, and it's guaranteed to get us a cheer from the crowd. It's a perfect pop song!

I guess you only get out what you put in to a degree! It's a good food for thought!