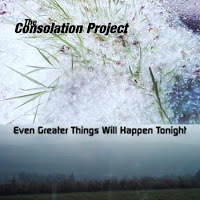 If you are a regular reader of this blog, then you've heard of The Consolation Project. If you are a newbie (*waves* hi new reader person!) or have a questionable memory, The Consolation Project is essentially the solo project of Ron Cavagnaro. Not only was TCP featured on The First 100,000 Compilation, but we've also interviewed Ron (it was the first of a handful of interviews we've conducted via internet chat, thus pretty bizarre and entertaining) and featured several news blurbs about him in the recent past.

Ron is also one of the most prolific artists I've personally ever encountered. No, seriously. Since December of 2010, The Consolation Project has released ELEVEN full length albums on bandcamp. No, I'm not fucking joking. ELEVEN. What's even more unbelievable - all eleven of them are good! Boggles the mind, does it not? 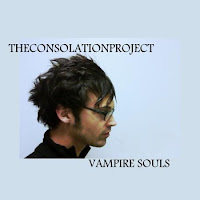 Point being, since the last time we posted about TCP, Ron has released 2 full length records - Vampire Souls in May 2011 and Even Greater Things Will Happen Tonight in June 2011 (yesterday, in fact). We highly encourage you to check them both out, and for those of you out there who've been feeling a new music drought as of late, well, here's an ocean of it. Dive the fuck in!

Posted by When The Sun Hits - All things shoegaze. at 4:44 PM