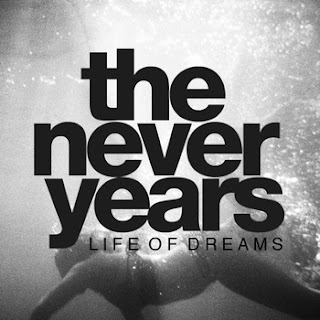 After discovering their album and debuting a track on Strangeways Radio several weeks ago, I still somehow didn't learn until just a few days ago that The Never Years live and make music in Houston, about 15 blocks from where I currently live. How cool is that?

The band's first LP, Life of Dreams, has been in constant rotation at my apartment since its release, which was November 1, 2011. Check out the music and links below - I'm sure you'll find them quickly in constant rotation at your place, too. We have an interview with Jamie Long of The Never Years coming up in the near future, so look forward to that, as well!

"The Never Years comes across, at least somewhat, like an early Radio Dept. However, the vocals are deeper and have a sadness unaccounted for in that other group...Given these sounds, one would expect them to hail from some exotic land – Sweden perhaps, or New York...No, they come from Houston. Well played, Texas." - The Fense Post
bandamp page
facebook
LastFm

The Never Years - Honey island from edenStar on Vimeo.

Posted by When The Sun Hits - All things shoegaze. at 9:38 AM