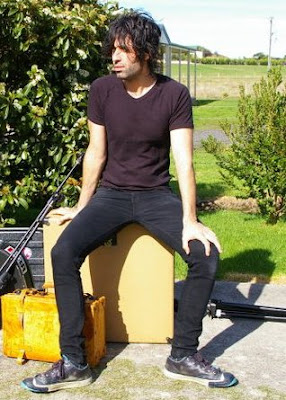 When The Sun Hits
Interviews
Etienne Mamo of Dead Parties.
Interview by Amber Crain
Dead Parties is Etienne Mamo (guit vox) Marty Umanski (guit vox) Arni Rey Paras (guit vox percussion) Francis Mezza (Bass) Tim Martino (drums). Dead Parties is the musical project of Etienne Mamo, singer and songwriter for The New Black. With this band he has toured the east coast of Australia, has several releases and received airplay nationally, including rotation on Triple J. In 2007 The New Black were nominees for the Music Oz Song of The Year and Band Of The Year.

Dead Parties sees Etienne explore his shoegaze/indie roots, experimenting with layered guitars, vocals, percussion and noise. The first single to be released, "In Dreams Of Decadence," will be included on the upcoming Psychedelica 5 later this year through Northern Star Records (UK). When The Sun Hits has chosen a track from Dead Parties to be on the upcoming 200,000 Gazes compilation (which will be released Jan. 1, 2012) so that's how much we think they are awesome! Without further ado, here's Etienne Mamo of Dead Parties. 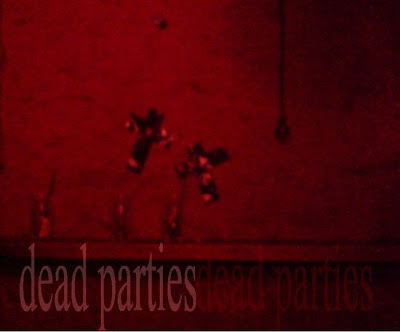 I was playing in The New Black and found that I was writing a lot that we didn’t have time to work on. That band was also becoming more collaborative and pushing in a different direction style wise. So in 2010 I started putting down all these new songs using Garageband and then Logic. This blew open the doors to my writing, coz for the first time I was able to complete songs without having to wait for each member to put down their parts. I was also writing songs that were very reverby and effected, and I was layering all these guitars, creating a dreamy shoegazey sound. It wasn’t really what The New Black was doing and so in 2011 Dead Parties was born.

I put together a band this year and we launched the first single in Melbourne in May. I’m currently recording and mixing songs for an upcoming release. I’d love to release an album but it’s quite costly, particularly coz it’s essentially a solo project. "In Dreams Of Decadence" is going to be released as part of a psychedelia compilation early 2012 through Northern Star Records. 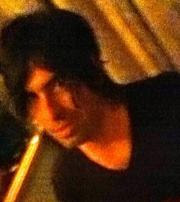 Do you consider the music of Dead Parties to be part of the current shoegaze/dream pop scene, or any scene? Defining one's sound by genre can be tiresome, but do you feel that the band identifies closely with any genre? How do you feel about genres in music, in a general sense?

Yeah I do, but it’s not intentional. People have labeled Dead Parties psychedelic or shoegaze, but they’re both such broad genres. I love layered guitar and effects that are used to move you emotionally. It certainly isn’t hero guitar music. At heart there’s always a pop song, something catchy that progresses. I’m into anything that catches my ear, whether it’s reggae, 70s country or 90s shoegaze. I think genres are a good starting point, then you can dig deeper and find what’s at the heart of each band. Then you can ask yourself, is it genuine? I relish discovering a new band that ‘wakes’ me up. 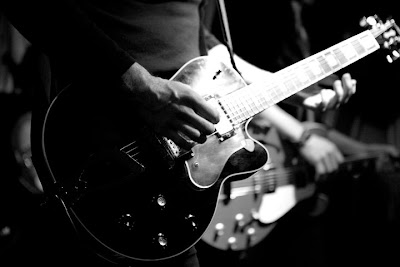 It’s all good. Anything that’s pushing that style of music is gonna get my interest coz it’s an antidote to everything that’s thrown at us via commercial radio. In Australia there’s a revival of all things shoegaze/indie with bands like The Laurels, Iowa, Gosteleradio and The Demon Parade. I’m loving a couple of bands at the moment from Europe – 93millionmilesfromthesun and Youngteam. Awesome stuff.

I’ve had my trusty green ts-9 and rat combo from the start. I’ve got an amazing shape shifter tremolo by Seymour Duncan that can really fuck with your sound, as well as a couple of boss reverb and delay pedals. I’m loving oscillations so I bought a rotary pedal recently and also a POG.

What music industry? If you mean people setting up makeshift studios and creating music then sure, but I think it’s common knowledge that the big companies are dying; in their current format anyway. The best thing is that power has been handed to the artist, in that anyone can record music and put it out there, and that there are small labels that are helping these artists reach a wider audience, or more accurately, their audience. People are discovering new artists everyday via the internet and social networking and going to see them play live. It’s all positive. 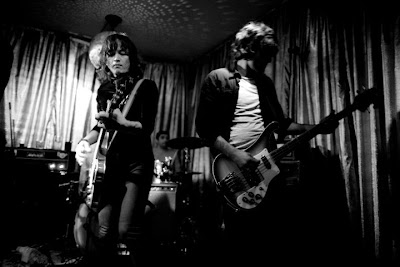 You need it all. In effect the artist has become the label also. The role played by small labels is extremely important because it gives the artist time to work on their music. But if you haven’t got a label behind you then it’s up to you to get your music out there.

Mp3 is incredibly portable, so it wins there. But nothing beats the crackle of vinyl. As a kid I used to listen to cassette a lot, so it has a soft spot in my heart…cd is probably the most annoying coz they scratch so easily. 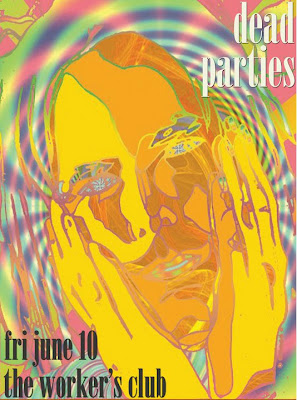 Where to start…The Beatles gave me pop, the Stones gave me grit, Teenage Fanclub and The Beach Boys showed me how to harmonize, My Bloody Valentine taught me about layering guitars, The Doors gave me a soundtrack, BJM helped me fall in love with music again, and Mazzy Star kept me dreaming.

I’m reading Lord Of The Flies by William Golding, one of those classics I missed. I’m watching a lot on Bill Hicks, what an amazingly beautiful soul. I’m currently living in Barcelona so I’m digging all the Dali and Gaudi works. Mindblowing actually. Hallucinogens anyone?

If you had to choose one Dead Parties track that was the ultimate definition of your sound, which would it be and why?

Tribe. It’s really fuzzy with big string bends that sound like sirens. I guess it captures that feeling of not knowing what’s coming next. Anxiety versus anticipation. It talks about the way people come into your life, play a pivotal role in who you are and then drop away. It’s looking back while moving forward. I like that. 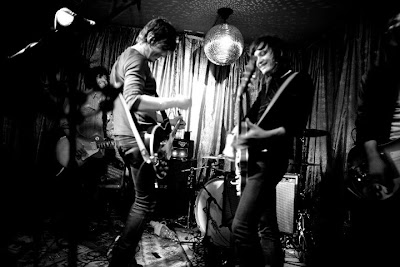 I usually always come up with a melody or idea for a riff, then work on that. Meanwhile some lyrics will fall into place. I find walking helps me write. I also like to listen to the song before sleeping, coz I’ll often wake with an idea for it.

Finish mixing six songs, perhaps have the other 6 mostly recorded so we can release something in the first quarter of 2012 and tour.

Be kind. To never compromise your first love. No matter what’s at stake, if you have a burning desire for something, do it.