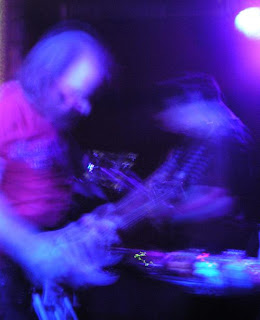 When The Sun Hits
Interviews
Aidan Baker of Nadja
Interview by Amber Crain
Aidan Baker is a musician and writer currently based in Toronto, Canada. Classically trained in flute, he is self-taught on guitar, drums and various other instruments. Baker (guitars/vocals/drum programming) is also one half of the band Nadja, along with Leah Buckareff (bass/vocals). Originally formed in 2003 as a Baker solo project, the now-duo creates ambient-shoegazey-drone-metal, combining ambient electronics & fragmentary vocals with snail-crawl, epic riffs & dirge-like percussion. To date, Nadja has released over 10 full-length albums, in addition to various EPs, splits, and collaborations. Baker himself has released numerous albums on independent labels from around the world and is the author of two books of poetry, two poetry chapbooks and has published poetry, fiction and criticism in various international and scholarly journals. When The Sun Hits is understandably thrilled to bring you the following interview with a very talented and enigmatic person - Aidan Baker of Nadja.

How and when was Nadja formed?

I originally formed Nadja a solo, studio-based project in 2003 to explore the heavier, noiser side of drone music (compared to the more ambient, mellower music I make under my own name). Leah joined on bass in 2005 to bring the project out of the studio and perform live. 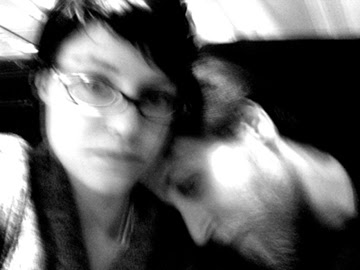 Can you tell us what you and the band has been working on and what you've got forthcoming in the near future (new releases, tour, etc)?

We will be touring Japan for the first time at the end of January, then a short European tour in March, and a Scandinavian tour in May. As for releases, we have a few re-issues planned plus a 2CD compilation of vinyl-only or limited release tracks coming out with Important Records in the new year. We are currently working on a new full-length album that will hopefully be out by the end of 2012. 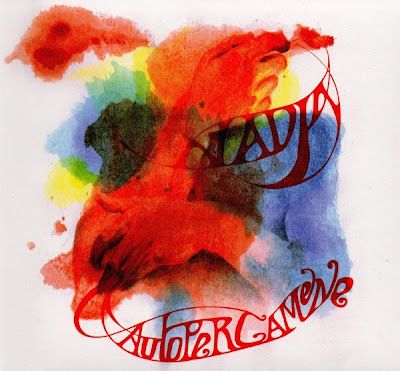 We don't really feel to be part of any specific scene, since our music tends to span a few different genres. We tend to fit more into the metal or noise/experimental scenes, though, than the
shoegaze/dream pop -- although people often consider us too metal to be noise or too experimental to be metal. Defining one's work, and all music in general, by genre is ridiculous and limiting -- music is more interesting when it spans multiple genres.

To be frank, I tend to listen to older shoegaze/dream pop bands...but in terms of modern psychedelia or drone acts, though, some favorites are Date Palms, Expo '70, Thisquietarmy, Natural Snow Buildings... 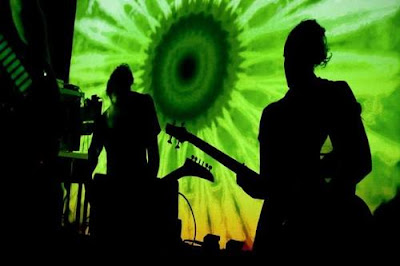 I guess my Akai Headrush looping pedal is pretty integral to my sound. But as much as I rely on pedals, it's technique not technology that should make the musician.

We record in our home studio on a laptop, previously using Cubase but we recently switched to Logic (though we're still trying to figure out how the work the program). We generally record live and use the computer mainly for arranging and mixing and not for generating or
effecting sounds. 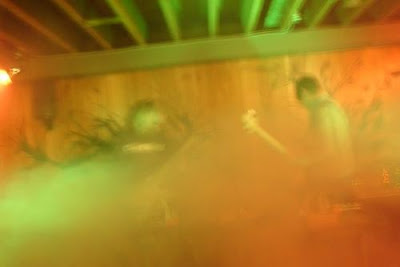 Hopefully, the changing music industry will mean the end of the parasitic major label and give artists more freedom and ability to earn a living on their own. It would be nice if the commercialism of the music industry changed, but that seems unlikely in the immediate future. Perhaps it is in the indie scene, but the mainstream music industry is still too concerned about profits and marketability. Of course, indie record labels and musicians have a right to be
compensated for what they produce, but I think society needs to re-assess how they consume music before that can happen in a fair and meaningful way.

Both are equally fine -- it really depends on the individual label and/or artist and the way they operate. 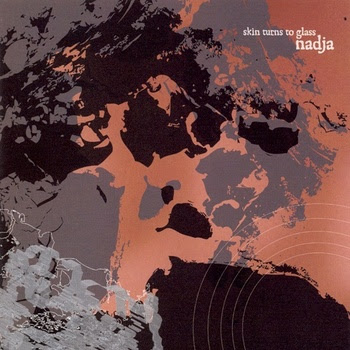 I think each format has its own legitimacy for different reasons. Apart from cassettes -- I see little value in them.

If you had to choose one Nadja track that was the ultimate definition of your sound, which would it be and why?

I guess "Stays Demons" since it features a little bit of everything that encompasses our sound: heaviness, melodicism, noise, drone, darkness, prettiness... 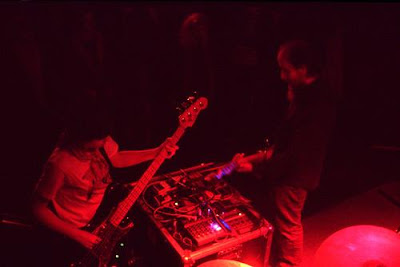 We usually start with a few basic riffs and build the drums tracks around those riffs. We then put the song together allowing for textural and largely improvisational passages.

Grin and bear it. 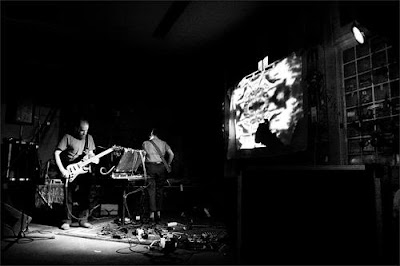