Album Review: Bloody Knives. Burn It All Down. 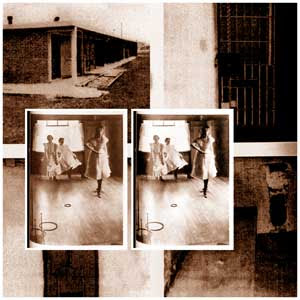 Bloody Knives is Preston Maddox and Jake McCown (both of whom were founding members of the psychedelic/shoegaze act The Joy Bus), and the band is based in Austin, Texas. Built on a foundation of psychedelia, punk, metal, shoegaze, and electronica, their music is a rollercoaster ride of amazing soundscapes and various neuroses not meant for the faint of heart. The band has one previous release, the excellent Bloody Knives EP (released in October 2009) and Burn It All Down is the band's first full length release. I tend to gravitate toward darker gaze, with gripping beats that could soundtrack a heart pumping chase through a back alley, and Bloody Knives certainly deliver in that capacity. With a name like "Bloody Knives", and an album called Burn It All Down, let's just jump right into the arson and sado-masochism, shall we? With this new full length, Bloody Knives take us for a trip into the darker, more dangerous side of gaze. Let's do this thing.

The album opens with "Tell Me I'm Wrong", an explosive electronic maelstrom that's both catchy and sinister. The lyrics consist of scorned realizations like: "Gave it away/gave it to you/and now it's gone/tell me I'm wrong" set against a backdrop of electronic programming that would be right at home in a horror-imbued video game. This first track certainly sets the tone for the rest of the album. Let's go further down the rabbit hole, shall we?

The album really starts to hit its stride by track three, "You Know You Will". Equal parts punk and electro, with an almost industrial edge to it, these guys aren't fucking around. They mean business. This track has so much attitude and energy, one almost needs to sit down. Or better yet, one needs to hop in the car and speed down a dark highway. An army of pissed off robots couldn't hope to make a racket this awesome. Nightmarish lyrics like: "Coming closer in/where you can't resist...you know you will" are delivered in an almost languid way amid the violent whirlpool of sounds, and the juxtaposition works so well. Despite the ever-growing bedlam, the shoegaze undercurrent still runs through it, some blurry sort of ambience that is buried deep but always there, and I think that's what I love so much about Bloody Knives. The craftsmanship is truly impeccable.

Track 5, "No One Hears", slows things down just a bit, and carries with it a sort of disquiet that is nothing short of unsettling, with a gloriously loud cascade of guitar noise and cold synth lines that certainly drive home the lyric "Your silent scream/no one hears" and also perfectly sets the stage for the next track, "Hands Around My Neck".

This is the halfway point of the album, and where things take an even darker turn. When a chorus is comprised of: "And now I've got my hand around your neck/and now I've got my hand around your throat/and now you've got your hands around my neck/and now you've got your hands around my throat", you know things are in full throttle turmoil. To some, this may sound off putting, but paired with the unbelievable soundscape, a pandemonium of electronic programming and distorted guitar, it works. Bloody Knives isn't afraid to lay it all on the table. This is art, and in art, there are no rules, no reason for propriety or for being politically correct - it's all about painting an honest picture about the human condition. Love and violence are often fevered bed mates; we all know it, even if we don't want to say it. This isn't the condoning of violence; it's simple honesty about human feelings. We don't have to do the dark things we feel, but we shouldn't ignore the fact that we feel them. That would be ignoring human nature, which is something we should all seek to understand.

Track 7, "Set Me On Fire", is 2:50 of controlled chaos, distorted guitar, heart pounding beats and a chorus of "Set me on fire/set me on fire" delivered again in that dreamy, almost detached way that works so well with the energy of the song. In fact, there isn't a track on the album that is longer than 3:52, another reason why these songs work so well. They are short, frigid blades forged in flames, and considering the subject matter, this approach works perfectly. One doesn't get bogged down in anything before moving on to the next whirlwind. 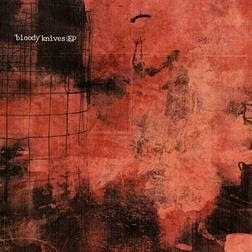 The album is quite narrative in nature: things are brought to light, pain and anger are explored, and then things start to come full circle with the last two tracks. It's not ALL chaos and self-destruction! The second to last track, "I Saw The Ghost That Follows You", is full on doom gaze, slowing things way down in comparison to it's preceding tracks. Eerie and grim, this track is a real stand out, and focuses more on the pain of someone else rather than the pain of the self, which, to me, means some sort of understanding of a situation is occurring. "I saw the ghost that follows you/watches everything you do/waiting for the right time to kill you/to pull the knife across your neck" is undoubtedly creepy, sure, but it's obviously a metaphorical stab at understanding someone else's pain, and an explanation of how two people can get into heated situations because of their own demons. A gorgeously unsettling track.

The closer, "Alone In Your Eyes", truly does bring the album full circle. Not exactly upbeat, but much moreso than the rest of the album, there is a glimmer of hope here, and of closure. This track would also be the closest the band gets to pure shoegaze; the energy is still there, but there is a true dreamy quality to this one, and a complete lack of the former angst and violence many of the other tracks carry. Well played, Bloody Knives. Well played, indeed.

Bloody Knives may not be for everyone. The themes the band explores are dark, the sounds are at times almost unbearably wrought with pain and anger, but if you are up for the trip, I highly recommend that you take it. There is catharsis in it, and something to be learned, and these are both things I look for in any worthwhile journey. Plus, there's the whole thing where they sound, for lack of a better term, bad ass. The compositions are simple, but precise and effective. The knives may be bloody, but you'll be in the hands of excellent surgeons. I'm very impressed with this band, and I look forward to seeing where they go from here.