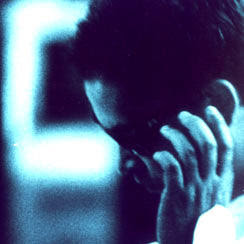 When The Sun Hits recently had a gazer's dream come true: we interviewed Mr. Dean Garcia, previously of the remarkable Curve, and now currently making music with the wildly talented group SPC ECO, which also includes Rose Berlin (Garcia's daughter) and Joey Levenson (check out Danny's review of SPC ECO's most recent EP, Silver Clouds, here). Curve was, beyond a doubt, one the most influential and important shoegaze acts of their time, and SPC ECO (formed in 2007) have already made a quite a name for themselves with a handful of unbelievably lush and beautiful releases. We were thrilled to speak with Dean, and we hope you enjoy the interview as much as we did!


1. How were Curve and SPC ECO formed?

Curve were formed when I'd just finished the tour with Sinead O'Connor around the time of Nothing Compares tour in the late 80's. I had been listening to Stone Roses and Happy Mondays a lot on that tour and wanted to work on a new project of my own when I got back, oddly for me Toni (Halliday) and I spoke about it during the Sinead tour, we had a meeting in a cafe somewhere when I got back off tour and decided that we should work on a few tracks and see what happened, we had worked on a few songs just before the Sinead tour that were quite good but nothing happened to them for one reason and another so we were both keen and hungry to meld our minds and make something we really wanted to make outside of any record company influence, which we did. 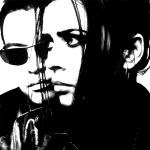 2. Where did the names Curve and SPC ECO come from?

Curve came from a phone call from Toni, she said I've just had a really cool idea for a band name...Curve, I said that's great and we went with it.

SPC ECO came from a word play thing I was doing with Joey via an aim IM conversation, I suggested we use a piece of gear as a name, something we both loved, Space Echo was mentioned and Joey wrote back spelling it SPC ECO which we both loved straight away.

3. At the time of Curve did you feel like you guys were a part of the "Shoegaze" scene of the time?

We were very much part of the scene that was about at that time, bands like Ride, MBV, JAMC, were our faves but we all felt that it was a timely wave of music rather than a sound that was the same thing for everyone. People need niches and labels to work with, it was more of a press thing really, shoegaze and all the rest, just something that works for press, similar to the triphop label, they all hated that tag as well. Everyone is influenced by everyone else but the way you go about it and the results you get are very individual, we felt influenced and inspired by all of it but remained individual as well. I think most of the bands around that time would say the same thing, also maybe it was all the similar drugs everyone scoffed.

4. Can you tell us what you've been working on and what you've got forthcoming in the near future (recording, tour, the new SPC ECO EP)? 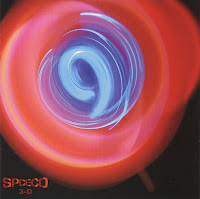 I can't really say at the moment, I'm working on a number of things but have taken a side step with music for a bit, I need to feel hungry for it to work for me, I like art, writing, film and photography and have been toying in this area for sometime, it's all a bit random really, I'm still into music but not in the same way as I once was. SPC ECO is the main thing that keeps me interested so I'll be working more on that but in a very random and unexpected way. Joey makes exceptional sounds that just inspire me and I love working with Rose Berlin, she is the best singer in the world, but I would say that wouldn't I. :)

5. What is the most important piece of gear for your sound (i.e. pedals, guitars etc.)?

probably the thing I record onto, I use a Pro Tools hard-disc recorder with out that I am unable to record anything, everything else is external, I use Abelton and Reason and a box of pedals that I have had for years, Joey is the gear head you should ask him how he makes his guitar sounds, I have little interest in gear other than it's got to work when I use it, I'm more interested in how the sound develops than what I'm gonna use to make it.


6. What Shoegaze and Dream Pop bands/artists (or whoever) have most influenced your work?

All sorts of people and bands, recently, yesterday in fact someone sent me a link to a Justin Bieber song that had been slowed down by 800% and it sounded like the most awesome sound scape I'd ever heard, move over ENO... It's all in the mind.


7. Tell us a little about what you are currently into (bands, books, films,
etc)?

Bands...er, I don't really listen to any, I hear a lot of music as there is so much access to it on the net etc but I have no idea who is making it or have much interest really I dunno, I get bored with bands quite quickly nowadays, I still like them but don't have the same energy I once had to sound out all the new ones etc, I quite like Crystal Castles, they sound cool, I saw them on Jules Holland.. I dunno the last band I got excited about was The Strokes around the This Is It time, so I'm pretty much out of touch with it all..Books would be a recent one I read by Ewan Morrison called Menage, all about sex, art, drugs and death. very cool. Film, I loved Inception and Shutter Island, I like Leonardo. A good film is still the thing that totally absorbs me, I love films.

8. Do you consider what you are doing "Shoegaze/Dream Pop"? 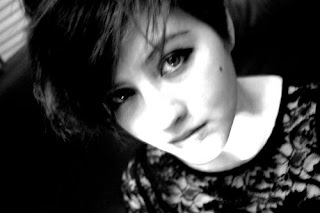 It's SPC ECO music, it is what it is. Music for all occasions.

9. What do you think of modern Shoegaze/Dream Pop artists, any favorites?

Don't really follow or know anything about anyone, but when I hear a lot of the bands that are involved with the AC30 label/promoters who are all lumped into that niche I love a lot of them, bands like Epic 45 and 93 Million Miles From The Sun, they have the right thought patterns, like minded, romantic space cadets just like me.

10.Do you think modern bands realize how important Curve were to the development of Shoegaze/Dream Pop sound?

I don't know, if we were important, we just made music we loved and pushed a few extraterrestrial buttons, I recommend everyone do the same.

11. What is your philosophy on life (i.e any pearls of wisdom, or beliefs you live by)?

Posted by When The Sun Hits - All things shoegaze. at 3:24 PM