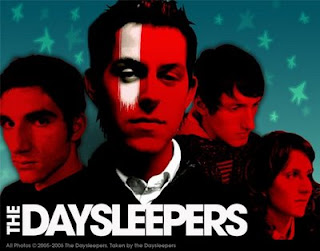 The Daysleepers were formed in 2004 in Buffalo, New York, and since their first release in 2005 (the gorgeous Hide Your Eyes EP), the band has been blowing the minds of shoegaze/dream pop fans all over the world. 5 years later, with 2 excellent EPs and one full length under their belt, the Daysleepers are still going strong, having just released a stellar b-sides/demos/remixes collection entitled Waves of Creation (read Danny's new review of it here). When The Sun Hits was naturally thrilled to get a chance to speak with Jeff Kandefer, vocalist and guitar player for the band. We hope you enjoy learning a little about Jeff, and we couldn't recommend the Daysleepers more highly! This band is the cream of the crop, as far newer shoegaze/dream pop acts are concerned. Don't miss out!

It's really not that exciting or unusual, but we had all been friends for a while before we started the band. We had all been playing in other bands at the time, and after a long night of hanging out we just sort of started talking about what a band might sound like if we all played together. We decided to arrange a practice session to see what would come out of it, and after that first session we knew we were going to be a band. I also had another motive. I had a huge crush on Elizabeth, so I thought the best way to be close to her was to ask her to be in a band with me. It must have worked because 5 years later we got married and have been very happily married ever since....pretty sweet huh!
2. Where did the name "The Daysleepers" from?
People always ask us if we got the name from the R.E.M. song "Daysleeper", but the truth is I am not a big enough R.E.M. fan to name my band after one of their songs. I always have trouble coming up with names for bands. I came up with this one because most of us in the band are daysleepers...we stay up all night and sleep during the day. Night time has always been my most creative period. We would always practice late at night, and I wrote most if not all the lyrics to our catalog late at night. It was also the first name that I suggested that everybody else didn't hate...so we went with it. 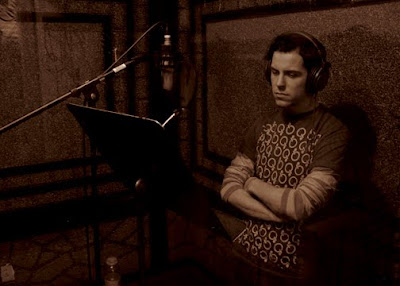 3. Do you feel like you guys are a part of the Shoegaze/Dream Pop scene, or any scene?
I hate it when bands deny being in a scene that they are clearly in. Yes. We love shoegaze music and New wave music, so we tried to blend the two styles. That is the formula of the Daysleepers sound. We obviously listen to a lot of the Cure, Slowdive, Cocteau Twins and the Chameleons. If people say we are shoegaze or dream-pop I just usually say "well, if the shoe fits...". That's not to say that shoegaze is the only kind of music we listen to. We all love Jazz, Post-Hardcore, Indie Rock, Dance & Pop music, but for this project we are a shoegaze/New Wave band. I never try to hide our influences. They are what made us want to play music.
4. Can you tell us what you've been working on and what you've got forthcoming in the near future (recording, tour, etc?)? 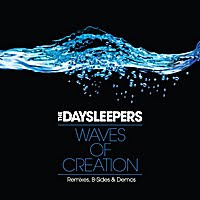 Well, we just put out a collection of Remixes, B-Sides & Rarities called Waves of Creation that we have been wanting to release for a while now. It is a digital only release, so it can be purchased form iTunes, Amazon, CDBaby and a few other Download sites. As far as new material, we know it is a long time coming. We have all been busy trying to earn a living, getting married and so on. We do plan on getting some new material out.It is just hard to say when it will be available. Money and record label support is another issue. We are working and writing new material, and we are going to try hard to get it out sooner than later. I did lend guest vocals to a track on the new Makara's Pen album too.
5. What is the most important piece of gear for your sound ? Any particular guitar/pedals/amps you prefer?
Oh yeah! Gear makes a huge difference especially in the spacey genre we are in. I am a huge Fender guitar advocate. I can't play anything else. I have used my Black Fender Jazzmaster on all of our recordings. I also use Fender Jaguars and a BASS VI Baritone Guitar. That teamed up with my army of BOSS pedals, vintage and new, give us the sound that we get. There is one particular BOSS Pedal that is the secret...but I'm not telling...and they don't make it anymore. Also, in the studio our producer (Doug White from Tearwave, Makara's Pen) does some really unique things to get our sound. He has this amazing chorus effect that he sometimes puts on the guitar that we mixed up himself. You can hear it in "Twilight Bloom" in the guitar solo at the end.
6. What Shoegaze/Dream Pop bands/artists (if any) have most influenced your work?
The Cure, Cocteau Twins, The Chameleons, Swervedriver, Chapterhouse, Ulrich Schnauss, Slowdive, Catherine Wheel, Lush, Sigur Ros...all the usuals, pretty much.
7. Tell us a little about what you are currently into (bands, books, films, etc)?
I can only speak for myself but as far music goes: I am obsessed with Jaga Jazzist, Bonobo and the whole Ninja Tune label. I also like Beach House, Fever Ray and Best Coast. I am a technology junkie and a HUGE Apple fan, so iPods, iPads, iMac's...I love it all. I am a freelance Graphic Designer for a living, so I am interested in anything that is well designed.
8. Can we expect to see a new release in the near future?
I really hope so! We are trying our best.
9. What do you think of modern Shoegaze/Dream Pop artists, any favorites?
Oh I think a lot of the modern shoegaze/nugaze scene is great! It has changed and grown a lot from the 90's but that is a sign of a scene progressing. I love Airiel, I think they are great. Ulrich Schnauss, Amusement Parks on Fire, Pia Fraus...all these bands are wonderful. 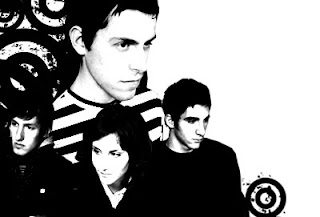 10. What do you think of the state of music today? How do you feel about free downloading?
I think in order for things to be more accessible to more people change needs to happen. I embrace it. It is no use fighting it. I know certain people are getting screwed because of free downloading, but there are so many advantages. Could a garage band 20 years ago not tour and collect decent sized royalty checks monthly, while their music is selling around the world on iTunes. No way! You would have to work your butt off just to get 1/4 of that money. It is making it easier for artists to be heard around the world and get compensated for it. I think it's a good think in general.
11. What is your philosophy on life, if any, that you live by?
Be happy and be nice to people!