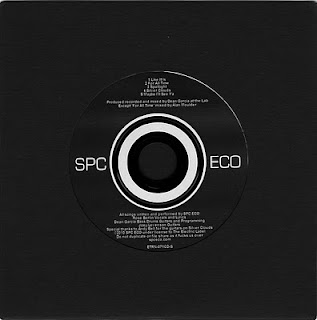 SPACE ECHO - Used as a delay/echo, the Roland RE-201 is said to produce an unpredictable delay that is warm and gritty sounding. It is also capable of producing a large variety of its own sound effects, even without an input signal (by turning the intensity control to maximum and allowing the unit to self-regenerate, or self-oscillate, while manipulating the tape speed and other controls. 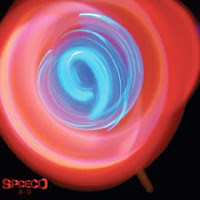 Spc Eco (pronounced "space echo") is also a modern shoegaze/dream pop band consisting of members from both America and The United Kingdom.The band consists of former Curve member Dean Garcia (bass, drums, guitar and programming), Rose Berlin (Dean's daughter and vocalist for the band) and Joey Levenson (an amazing guitarist in his own right!). When performing live, the band consists of Garcia on bass, Berlin on vocals, HKG on guitar, Debbie Smith on guitar and Monti on drums. Spc Eco released the amazing 3-D in 2009 on The Electric Label (UK), Noiseplus Music (US) and Quince (Japan), and what an utterly superb album it is! It's not often that a band releases a fully realized artistic statement like 3D with its first release, but Spc Eco achieved just that, and more. We have all been waiting since with bated breath for something, anything new on the Spc Eco front. Finally, that something arrived, the 5 track Silver Clouds EP.

The ep is packaged like an old school 7 inch (very cool!) that actually looks like vinyl! It comes with a black card holder and a vinyl imprint cd. You could actually fool someone into thinking it's a 45. Definitely a nod to the old school (and the old school nods back in appreciation!). It is available through the Electric Label, which can be accessed through their MySpace page, or the links provided here.

Let me start the review by saying Rose is the star of the show. I guess being Dean's daughter has given Rose some amazing musical DNA?! This is not to take away from the talents of her band mates at all, but her voice...what a voice! The opening track, "Like It Is", is a dreamy lullaby of a song. Layered in dense, fuzzy haze of guitar heaven, it is true dream pop of the highest caliber. Rose's vocals reach out and tickle you with an addictive, feathery touch. Her voice is at once reminiscent of Elizabeth Fraser of Cocteau Twins and Miki Berenyi of Lush. It is like a gossamer web, both beautiful and a bit dangerous. Once she catches you, you are done for. Hooked, addicted...a fan forever. I must have played this track five times in a row the first time I heard it. Outstanding!

Track two, "For All Time", mixed by non-other than the mighty Alan Moulder, is another gem. Alan produced, mixed, and/or assisted almost every shoegaze band of note during the 90's. For instance: JAMC, Ride, MBV, Curve, Swervedriver and Smashing Pumpkins (who are not really shoegaze in my opinion)! He is a master producer and his genius is still sought after today. He just produced The Morning After Girls amazing shoegaze album Alone (Buy it! I promise you wont be sorry.).

What Alan does for this track is really subtle and it almost seems to open up and breath. A perfect balance is struck between soft/hard and whisper/scream type dynamics. What an ear this guy has! The song kicks off with an almost music box like charm. Slowly simmering...until the drums and guitar explode and blow open the top of your skull! It instantly drops back down for the appearance of Rose's gorgeous and enigmatic vocals. It gives me such shivers; it is hard to explain what such beauty does to my soul. The melody is an absolutely intoxicating elixir, a truly beautiful thing to behold! Rose really knows how to use her vocal talent to draw the listener in and keep them in that dreamy, half-light place. The lyrical content is somewhat vague and impressionistic. The images they tend to conjure are bokeh and more than a little melancholy, which is right up this reviewer's alley! As in most great dream pop songs, this gives ample opportunity to interpret the song as you wish. Be warned, this song is a Class A narcotic! You could wind up spending lots of your time in "eco" land!

Track three, "Spotlight", is as beauty filled and dreamy as anything I have ever heard. Rose, again, blows minds with her voice. Melancholy never sounded so sweet.The longing...it kills me. This is a slow burning, minor key masterpiece. Its chiming guitar and descending bass line are reminiscent of Faith/Disintegration era Cure. This is my favorite song on the album. All I can say is...*sigh*.

This brings me to the title track, "Silver Clouds", previously available only on the Japanese edition of 3D. Thankfully, with this release, we can all have the majestic "Silver Clouds" along with four other unreleased gems! One thing you may not know - during 2008 Andy Bell (Ride/Oasis) collaborated with Spc Eco on said track. Andy contributes by playing an amazing electronic Sitar drone machine and a custom Dulcimer, as well as revising the songs lyrics. In my opinion Andy is a genius and Ride are seminal shoegaze. All Ride albums are must own, not to mention bloody Oasis!! Spc Eco couldn't have worked with a better collaborator for "Silver Clouds". They really nail the 60's psychedelic/90's shoegaze vibe in a very updated way. The track is immediately recognizable as a cross between The Beatles' "Tomorrow Never Knows", and "Swallow" by My Bloody Valentine, which both owe a major debt to classical Indian Raga. (If you really want to blow your mind play all three at the same time! HOLY CRAP! Amazing.)

I digress. "Silver Clouds" is an amazing piece of tripped out modern shoegaze. It definitely gives a nod to 60's psychedelia and all the great bands of that era. With its Raga drum beat and sitar, it is very Indian and mystical. Where it diverges from classical Indian and classic rock into modern dream pop is the production(all done by Dean), and Rose's immaculate voice! A total winner and a great amalgam of style and influence. A+!

The appropriately titled closing track, "Maybe I'll See You", is another slow burner. Building gradually with a droning synth-scape, it is another beauty-filled journey. Rose's butterfly kissed vocals gently brush the tangles from your weighted mind.Her honeyed voice is a medicine and does all the heavy lifting. By the end of the song there is an explosion of tremolo guitar, noise, bleeps, found sound and just plain beauty. It is the perfect end to a perfect album.

The Silver Clouds EP is another in a line of amazing EPs I have reviewed as of late. More please! The EP format seems to work well within the shoegaze/dream pop medium. This EP is no exception. It's a must have for any and all Curve fans, as well as dream pop fans and shoegaze fanatics. One of the top releases of the year. 5 out of 5 stars (or should that be Suns?)!