Interview: Britta Phillips of The Bell Tower, Luna and Dean and Britta. 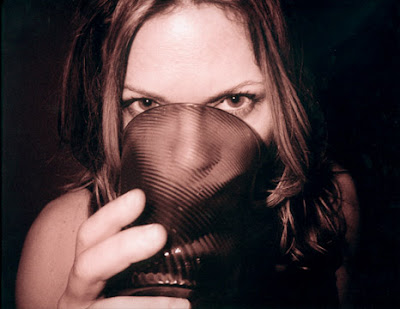 Britta Phillips is a dream pop force to be reckoned with; from her beautiful past work with the exceptional bands The Bell Tower and Luna (both seminal dream pop acts) , and now the current work with her husband, Dean Wareham (of Galaxie 500, Luna), under the moniker of simply Dean & Britta, she is nothing short of sensational. When The Sun Hits is honored to feature an interview with Britta, as Danny and I have admired her work from the beginning. Talented, gorgeous, and bright-minded, she is a role model for women (and men!) everywhere. We hope you enjoy getting to know her a little better in this interview. We certainly did! 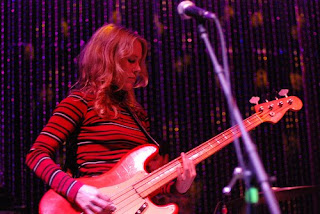 1. Can you tell us what you've been working on and what you've got forthcoming in the near future (recording, tour, etc)?
Most recently, we've been rehearsing a lot of Galaxie 500 songs for upcoming tours. We've also got a new drummer so we are running through the whole Warhol Screen Test shots with him, as well. We have lots of touring coming up, both the Dean Wareham plays Galaxie 500 tour and the 13 Most Beautiful: Songs for Andy Warhol's Screen Tests tour. The dates are on our website.

I really can't wait to go down a rabbit hole and work on writing and recording new stuff, though. We are thinking about each doing a solo record as well as a Dean and Britta next. Maybe we'll release them all at the same time!

2. What sort of set up/gear do you use? What is the most important piece of gear for your "dream pop" sound?
I just bought a new bass. I'm in love with it. It's a 1966 Fender Mustang and it still has 3 of the original flat-wound strings on it from that year. The G string is from the '70s. I had to have it after I saw Air play their single "Love" on the Jimmy Fallon show. I have an Ashdown bass amp which I had to have after playing one at the Viper Room in L.A. about a decade ago. So, the combo gives a pretty retro sound. I use Logic to record. 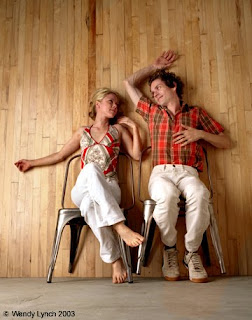 Dean uses ProTools, but I do all the arranging and mixing so it all ends up in Logic. I run the bass all vocals through a pre-amp to give it warmth (tube!). It's not an expensive one. It's made by Studio Projects. We don't have expensive mics, either. You can get really great, affordable ones from Studio Projects, as well. But the most important piece of gear are my ears. Sometimes I mix for hours and hours, listening to the same song over and over, adjusting tiny things, levels, EQ, effects, until everything sits together just right. I really don't know what I'm doing, but my ears recognize when something sounds right. And if I'm lucky, I'll twiddle something and it will suddenly sound magical, like it's coming from it own planet.
3. What (shoegaze/dream pop/any other genre) bands/artists have most influenced your work?
Dusty Springfield, The Velvet Underground, Morricone, Serge Gainsbourg, Kraftwerk, Lee Hazlewood, Spacemen 3...

I really want to make a Gospel/Disco record next, though (The Staple Singers/Giorgio Moroder/New Order). 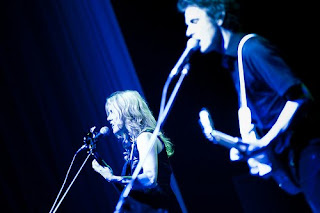 4. How did you originally become involved with Luna (which, of course, later evolved into your work now as Dean & Britta)?
I was touring with Ben Lee and our guitar tech was also Luna's guitar tech. One day he was up in Luna's manager's office and overheard them talking about needing a bass player for an upcoming tour, so he recommended me.
I learned about 20 Luna songs in 2 days and came in for an audition. Twice! After the tour, they asked me to join the band.

5. What is it like making music with your husband, Dean Wareham, rather than the more usual arrangement of being in a band with a group of friends or acquaintances? 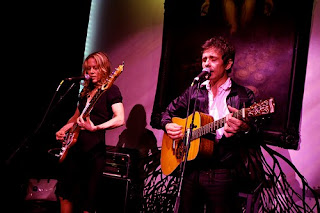 The only difference that I can think of is that some of the songs are obviously more personal. And I'm probably happier if he really likes something I've done or prouder of something he's done that I love, then if it were just a friend or acquaintance. It's a lovely thing to share.

I like the band Papercuts from S.F. (they opening for us on the upcoming Dean plays G500 shows in L.A. and S.F.

I've been really into the Greek plays. Especially the Bacchae of Euripides (with intro by Martha Nussbaum, which is also really great). 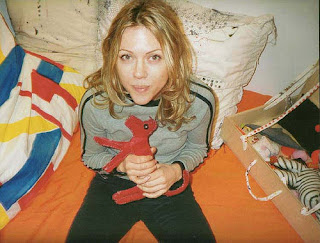 7. What is your philosophy (on life), if any, that you live by?
I'm always excited when I find similarities in different philosophies and religions. The universal truths that are illustrated differently for different people. I love what the Bacchae of Euripides says about life. Its a bit too complex to explain quickly, but I like reading stories that express philosophy. I like much of what I've read about yoga, specifically the Tantric. People always associate sex orgies and/or Sting with Tantra, unfortunately, but it is really about balance and discrimination... lots of other things, of course. I hate the philosophy of "it's all good, man." It is not all good. I'm not talking about absolutes, of course, but each of us needs to find out what really lights us up.

I'm reading a book called Women Who Run With The Wolves, which I'm quite enjoying right now. There are themes running through this book that echo what I like about the Greeks and Yoga. Maybe I could boil it down to this, to oversimplify.... "everything in moderation, including moderation."