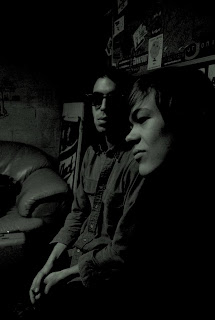 The Vacant Lots are Jared Artaud and Brian Macfadyen, a Burlington, Vermont duo making some of the coolest psychedelia-tinged gaze being released today. Having only gotten their start in 2008, they have already released 3 albums, the most recent being the very excellent Hypnotized (read Danny's recent review of it here), and have toured with an impressive roster of musicians such as Dean & Britta, Spectrum and The Fiery Furnaces. We expect more big things from this band in the future! Enjoy the interview, and definitely check out The Vacant Lots' newest effort and their back catalog. You won't regret it.

1. Can you tell us what you've been working on and what you've got forthcoming in the near future ?

We just put out our 3rd album, Hypnotized, and toured supporting Sonic Boom's Spectrum earlier this year. Right now - I am doing a lot of writing and working on a new album.

2. What is the most important piece of gear for your sound?

It's hard to think of one as being most important. It's not just one thing but how all the elements come together. Some nights the drums are played standing up, sometimes sitting down. Some nights I use a 12 string. I don't use any effect pedals, so for me the natural sound of the guitar and vibrato (speed and intensity) and the heart-beat drumming combined with the drone box, vocals, and live projections, it's more about the synthesis of all the pieces.

3. What artists have most influenced your work? Lately, I have been listening to the new music of Double Feature Records. Particularly, Cheval Sombre and Dean & Britta. I really like what Dean & Britta are doing with 13 Most Beautiful. It's like a marriage of film and rock 'n' roll. When going to see the performance it's also like going to a movie theater. I think the songs and screen tests work well together. I wonder if Warhol would have ever made a movie of all his screen tests? There are definitely artists I have been continually influenced or inspired by such as Bo Diddley, Howlin' Wolf, Spacemen 3, Arthur Lee & Love, Suicide, and The Rolling Stones. But also a lot of obscure music that I've listened to from different parts of the world. It's interesting to see the continuity of influences over time. What influenced me back then inherently influences me now. I mean, for example I couldn't even begin to express what the music of The Stooges did to me when I was 15 - and I still can't now. I was also really into the sounds of Native American music and Chuck Berry. I would spend hours playing those chords in my room.

4. How long have you guys been together?

5. Where does the name "Vacant Lots" come from? Do you consider what you are doing "shoegaze"? 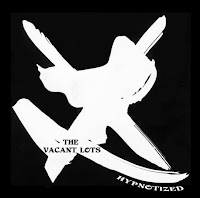 I got it from a William S. Burroughs novel. I liked the dual nature of the phrase. Well, I have heard people call us shoegaze before - but I think of us more as a rock 'n' roll band.

6. Can we expect to see The Vacant Lots on the road in the near future?

Yes - we should hit the road again soon. Our next show is in Brooklyn at Secret Project Robot on October 21st.

Work. Be true to yourself. Inspire others. Faith in art.