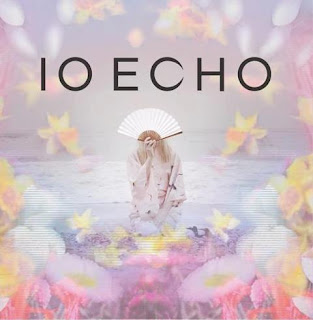 Describing the stylistic breadth of IO Echo’s debut full-length, Ministry of Love, is a particularly challenging task. The music begs for comparisons to other acts, but that would hardly suffice; they may or may not be referential, but they surely aren’t imitative or unoriginal. On the contrary, I would describe them as one of the most unique bands in modern music. Perhaps their spirit can best be captured by describing them as a location or an idea: In a garden somewhere between blissful light and apocalyptic haze, you’ll find the ethereal duo of Ioanna Gika and Leopold Ross, penning paeans to Far East aesthetics and culture as they contemplate love and death.

Ministry of Love does begin with a slow burn on opener “Shanghai Girls,” but even at their most dirge-like, Gika and Ross manage to convey theatrical intent and clever writing. Fortunately for those who may have been discouraged by the initial crawl, “When the Lilies Die” boosts the energy level and serves as a good exhibition of what the two can do when they are at their best; it has been on some of their previous releases, but its inclusion here is important and beneficial. The song serves as one example of Ioanna’s lyrical competency, though it is but one of many.

The true surprises of Ministry of Love are actually the tracks “Outsiders” and “Ecstasy Ghost,” however. “Outsiders” is another piece which the band have revealed previously, but the faster, fuller version found here is a fortunate surprise. For those accustomed to the past iteration’s dim smolder, this rendition may be jarring at first, but the added melodic lines and emotional weight are jaw-dropping.  When listening, it is difficult not to envision a wedding at the end of the world, at once both touchingly earnest and tragically final.

Though comparisons to other musicians would mostly be an unfair way to describe the work these two have done, some things absolutely must be said regarding “Ecstasy Ghost.” Though the opening breakbeat drums obscure the true joys hidden further within the piece, as soon as Gika begins to coo the chorus, her delivery is a dead-ringer for the sort of otherworldly warbling one could expect from Elizabeth Fraser. The similarities to the Cocteau Twins are certainly not discouraged by the shimmering, swirling textures throughout, and Ross’ lead lines do seem to flirt with an appreciation for the work of Robin Guthrie.

There is a pervasive influence of 80's pop across the whole of Ministry of Love, as well as a determined attitude of euphoria. Even at their most ominous, Gika and Ross bring a hint of charm and youthfulness. Though their full-length’s one weakness is its choppy pacing, their proficiency with subtly introducing lively melodies and the strength of the vocal hooks is undeniable. Their energy is infectious and inviting, and their skill in songwriting is undeniable. They appear to be gaining national traction, so you may have encountered them before. If you aren’t yet familiar, however, take note; they stand poised to become two of the next big acts of our age. 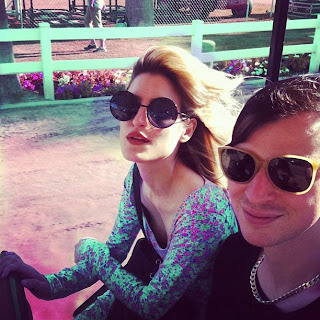 Posted by When The Sun Hits - All things shoegaze. at 2:41 PM