Like Groundhogs predicting an extended winter, former Creation Records label mates Pete Fij (Adorable / Polak) & Terry Bickers (House of Love / Levitation) have crawled out of musical hibernation to come together to declare that ‘quiet is the new loud’ and ‘down is the new up’.

The Pete Fij-directed video for the first single from the album, Betty Ford, sees Messrs Fij and Bickers wading into the sea, clad in funereal black, on a freezing winter’s day. Betty Ford is about ‘a man brought down by his addiction to heartbreak’ says Pete Fij.

Betty Ford will be released on 23rd April and to celebrate its release Fij & Bickers will perform a suitably laid back one-off Sunday service show at The Albert in Brighton on Sunday 28th April.

The album is scheduled for release in late August with more live dates planned for the summer. 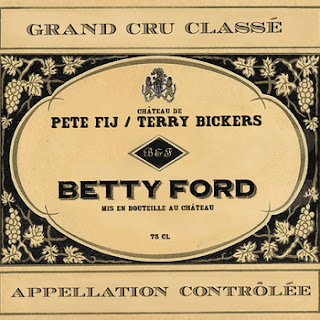 Posted by When The Sun Hits - All things shoegaze. at 4:05 PM