Shoegaze: The Genre That Could Not Be Killed - The Guardian.

Shoegaze:
the genre that could not be killed


Formerly a UK music press term of abuse for hapless Thames Valley indie types who hid behind their fringes, now everyone's glad to be 'gaze

Shoegaze is back! Or, to be precise, it's been drifting past us in waves – how apt – ever since Sofia Coppola got Kevin Shields to pull his finger out for the Lost In Translation soundtrack in 2003. Twelve months later, revivalist club night-turned-label Sonic Cathedral opened its doors in an east London bar. Come 2007, the Guardian was dubbing its young disciples as, um, "nu-gaze"; and by 2009, the Sunday Times too was celebrating the genre that wouldn't die, profiling bands united by a love for the same five albums and appreciation of a good flange pedal (oh yes, it's real).

And so to 2013. My Bloody Valentine, grandaddies of 'gaze, finally release the album they started 17 years ago and suddenly, somehow, along comes a massive wang of new bands sounding like music's equivalent of mumblecore: dreamy, indecipherable, vaguely nostalgic. Cheatahs, Younghusband, Echo Lake, DIIV, Teen, Wild Nothing, Melody's Echo Chamber... We could spend this entire page, and more, name-checking bands heavily influenced by "the scene that celebrates itself", and knocking out the kind of noise that music hacks invariably rush to describe as "woozy". Or "fuzzy". Or sometimes, when it all goes a bit Cocteau Twins, "ethereal"...


CLICK HERE TO READ FULL ARTICLE FROM THE GUARDIAN 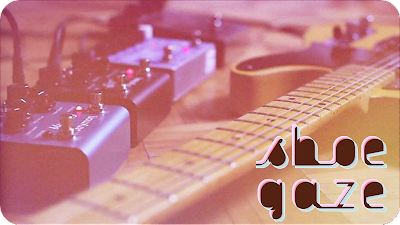 -Dan Joy
Posted by When The Sun Hits - All things shoegaze. at 8:50 AM