When The Sun Hits Interviews
Craig Dyer of
The Underground Youth

Manchester’s answer to the current psych revival are The Underground Youth, the most intriguing hidden jewel of the city. On their new album, Craig Dyer and the band tread between a heady mix of shoegaze and psychedelic rock. Ultimately, the band pulls together the raw sounds of past genres and presents them in a new light that equals in both a sinister and angelic nature. 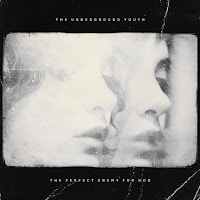 How and when was the band formed?
I started recording music in 2008, I named the project The Underground Youth and in 2009 started releasing my home recordings for free online.

Can you tell us what the band has been working on and what you've got forthcoming in the near future (new releases, tour, etc.)?
The new album is called The Perfect Enemy for God and it’ll be released through Fuzz Club Records on 2nd August. We’re celebrating the release with a show in Berlin and we’ll then go on to play a few shows through Europe. With some luck by the end of the year we’ll be looking at touring a little further afield.

Do you consider your music to be part of the current shoegaze/dream pop scene, or any scene? Defining one's sound by genre can be tiresome, but do you feel that the band identifies closely with any genre? How do you feel about genres in music, in a general sense?
Personally speaking I think genres are a way of restricting the creative process, I don’t start writing a song with the idea of making a certain ‘style’ of music. Having said that, being part of a scene and having communities such as yours that focus on specific genres is a great way to form a fan base and to appeal to people who appreciate where you’re coming from. I’m hugely influenced by shoegaze and psychedelic music and I think that is obvious in most of my music, but there are elements of a wide variety of genres in there too. 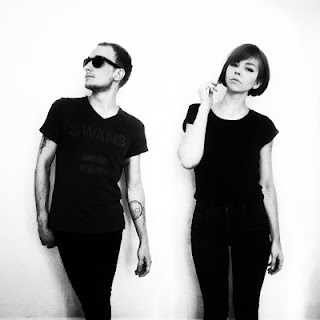 What do you think of modern shoegaze/dream pop/psychedelia artists, any favorites? There have been so many great bands emerging recently, what I really love is that these bands come from such a range of countries from all over the world. One of the huge benefits of the time we live in is that the Internet makes music so accessible for musicians and fans alike; you no longer need huge money backing to promote your music to all corners of our world. I’d hate to sit here naming favorites, as I’ll inevitably forget a band I shouldn’t. Right now I’m listening to The KVB’s Immaterial Visions.


What is the most important piece of gear for your sound? Any particular guitars/pedals/amps that you prefer?
It wasn’t a conscious decision but almost all the pedals I’m currently using are Electro-Harmonix and I’m always using a hollow-body guitar for that natural feedback… Our live sound can be pretty ferocious right now; we switch between the light dreamy sounds that feature on most of our recordings and a noisy wall of sound that we’ve been working on in our live shows. 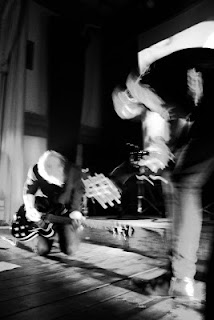 What is your process for recording your music? What gear and/or software do you use? What would you recommend for others?
I record at home by running instruments straight into Logic Pro using some pretty basic and dated equipment. It’s hard to advise other musicians how to work, especially since I’ve never experimented with any other recording practices. I’m literally using exactly the same techniques that I taught myself back in 2008, I’ve just got better at it.

How do you feel about the state of the music industry today? There is no doubt a massive change underway; how do you see it and do you feel it’s positive at all?
I hate almost everything about the music industry. I was lucky to be approached by an independent label with such a refreshing attitude to the process, it’s really hard work though. There’s no doubt a change is needed but I can’t imagine when and where it’ll come from.

When it comes to label releases versus DIY/Bandcamp and the like, what is your stance, if any?
I have no issues with the use of Bandcamp and a DIY approach to releasing, as I mentioned that’s how I started the process of getting my music out. Though teaming up with a label was necessary to release our records on vinyl, there is no way we could afford to release on vinyl without the label, and they’ve helped us in more than just releasing records. I think there are positives to each and every approach. In the end, however much you don’t want to involve money, it’s a necessary evil.


Do you prefer vinyl, CD, cassette tape or mp3 format when listening to music? Do you have any strong feelings toward any of them?
For all the benefits of mp3 and the undeniable comfort of being able to take music anywhere with you, I’m a huge fan of vinyl. For me nothing quite compares to listening to a vinyl record. 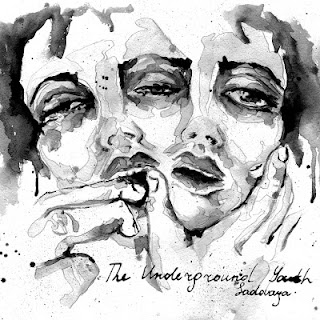 What artists (musicians or otherwise) have most influenced your work?
Bob Dylan, Anton Newcombe, the Reid brothers… A list of musical influences would be quite a lengthy document. My music is also influenced by cinema and the art of filmmaking, while studying film I was inspired by the relationship between sound and image. This led me to aim to create a cinematic atmosphere to my music.

Can you tell us a little about what you are currently into (books, films, art, bands, etc.)?
For the past year or so I’ve been working through quite a lot of Russian literature, most of the themes within the new album were inspired by the works of Bulgakov, Lermontov and Dostoevsky. My wife brought a lot of these works to my attention, being from Siberia they’ve been a part of her upbringing. A lot of my recent film inspiration has come from Wim Wenders, there’s an excerpt from his film ‘Paris, Texas’ in the last song on the new record. Music wise I’m excited about a future Blue Angel Lounge release, they never cease to amaze me.

If you had to choose one track that was the ultimate definition of your sound, which would it be and why?
The Underground Youth’s sound is hard for me to define. Personally I struggle to see the similarities between songs, I wouldn’t compare ‘Morning Sun’ to ‘Addiction’, which I couldn’t compare to ‘I Need You’… I think the material on the new album blurs the lines of the band’s sound quite well, but you’ll have to wait to hear that.


Can you tell us a little about the band’s song writing process?
Recording alone at home makes the process really simple, whether a song idea comes from a guitar sound, bass part or vocal melody I can work on it in my own time, morning, evening or the middle of the night. Usually an idea will come from absolutely nowhere and after a couple of hours of experimenting I’ll have a song.

What is your philosophy (on life), if any, that you live by?
I don’t have any. Not yet anyway...

Posted by When The Sun Hits - All things shoegaze. at 9:05 PM