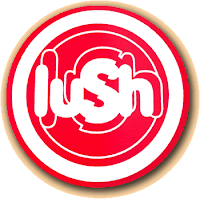 The classic Lush track “De-Luxe” is the band’s second single, released as a promo-only CD in 1990. It’s the lead track on Lush’s second EP, Mad Love, and appears on the compilation Gala (both released in 1990). The track also turns up on the 2001 collection Ciao! Best of Lush.

4AD released the original video for “De-Luxe.” A second, entirely different video for the song was released specifically for the American market. Both videos are impressive and stand the test of time well; the second stands out as a mind-blowing expression of shadowy psychedelia.