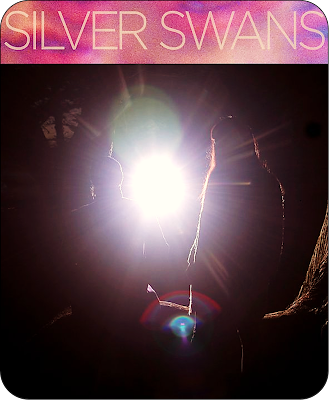 
The Silver Swans are three fictional characters in the Wonder Woman stories. Each Silver Swan has the ability to create powerful sound waves with her voice. Her "swan song" is capable of devastating a small area of land with its destructive force. By creating a low-level humming, the Silver Swan can form a protective shield around herself that can deflect bullets and projectiles. They also have the telepathic ability to control birds and re-arrange matter with the sound they generate. 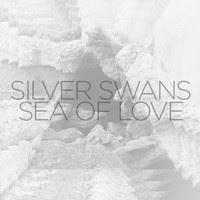 Musically, Silver Swans capture the eerie drama of The Knife and the sweet darkness of Ladytron. This electro dream pop project from San Francisco began in 2007 as a song floating between producer and musician, Jon Waters and vocalist Ann Yu, harnessing the energy of electro pop infused with dream-like ethereal vocals – and the songs kept floating, and the project grew.

I was already a fan, but after recently hearing their newest single, Sea of Love, I felt my adoration for them rekindled. Very pleased to present the following interview with the Silver Swans. 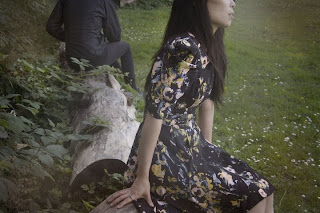 ANN: Silver Swans was formed in 2007.  Jon reached out to me via Myspace to sing on one of his tracks.  I fell in love with the song.  Exchanging emails and working on the track with him drew me in immediately to the world of electronic music. His ability to imagine anything and create what I imagined was a dream come true.

Can you tell us what the band has been working on and what you've got forthcoming in the near future (new releases, tour, etc.)?
We’ve pretty much been in hiding working on a new album which releases this fall.   I’m looking forward to playing shows and seeing some sun, maybe.

Do you consider your music to be part of the current shoegaze/dream pop scene, or any scene? Defining one's sound by genre can be tiresome, but do you feel that the band identifies closely with any genre? How do you feel about genres in music, in a general sense?
Hmmmm, I hate to be cliché and then also say we aren’t defined by a genre.  But I will say I’m just happy to have our listeners identify and be attracted to us in whichever genre, scene, or style they see us in.


What do you think of modern shoegaze/dream pop/psychedelia artists, any favorites?   I do love Still Corners and I Break Horses.  Breathtaking and ethereal.

What is your process for recording your music? What gear and/or software do you use? What would you recommend for others?
We usually start with ideas sketched out in Ableton Live, Ann will pick out her favourites and we'll build on it from there. We keep a running Google doc that we both update with anything new we want to add or fix. At some point it will end up in Logic for what we refer to as "the treatment". For this album we actually kept the drums in Ableton and rewired it to Logic, I love drum racks in Ableton and the ability to swap things on the fly.
Vocals are all recorded by Dave our drummer at his house and then receive the treatment at mine. As for other gear here’s what we relied heavily on for this record:

As far as recommendations go, get to know the gear you have, you can create music these days on your phone, you don't need a huge arsenal just a few choice weapons. 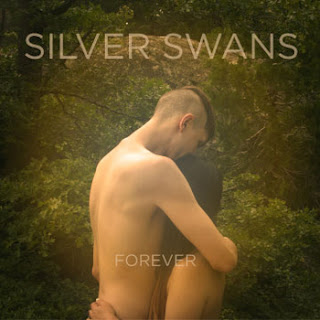 How do you feel about the state of the music industry today? There is no doubt a massive change underway; how do you see it and do you feel it’s positive at all?
It is seemingly becoming easier and easier to release material and have people writing about it instantly.  But it’s created an over-saturated and very attention deficit market.  So yes, it’s easier to be noticed but much harder to keep any kind of momentum going.  The way musicians earn income and the way musicians create sustainable platforms to release their music will be ever changing I think.

When it comes to label releases versus DIY/bandcamp and the like, what is your stance, if any?
I think a band needs label representation no matter what is out there to self release your music unless you are an experienced music  project manager who can self direct your release campaign and put together a team of people who will be working your album.  If you have the time and resources to do this, then it’s possible to DIY.  Otherwise, I think you really need the expertise of people who have experience working albums.  I’m not speaking of one song viral hits.

ANN:  I listen to everything on my laptop with mp3s, and through headphones.   I would like to own a record player and listen to vinyl at home one day, have a nice bossa nova collection and a little bit of old r&b too, that would be nice.
JON: Vinyl is still king and our Otari sounds nice, everything else is second rate compared

What artists (musicians or otherwise) have most influenced your work?
JON: For me I'd have to say:
Pollock
Heron
Gaye
Mayfield
Vivaldi
Matisse
Monet
Shakespeare
Wilde
Weller
Bacharach
Hendrix
Bell (Thom) & (William)
Hardaway Judkins (Stevland)
too many to mention...

Can you tell us a little about what you are currently into (books, films, art, bands, etc.)?
ANN: I just finished reading the Element by Sir Ken Robinson, taking in the current issue of Kinfolk magazine and just discovered Maps at a coffee shop near my place, and finally watched Jiro Dreams of Sushi, highly recommend any of the above.
JON: Currently reading "Mr Cools Dream", it's a day to day account of the band The Style Council. Also read "Everybody Poops", to my niece, very good with great illustrations!

Art - mad about Pollock right now, at first when I saw his paintings in London years ago I didn't get it but now it speaks volumes to me. Also local San Francisco artist Xiaojie Zheng is amazing!

Can you tell us a little about the band’s song writing process?
Sometimes Jon sends me an instrumental track, sometimes I send Jon a vocal track.  We always finish the song together but the beginning stems from an inspiration by one of us.

What is your philosophy (on life), if any, that you live by?
Sleep well and as much as you can. 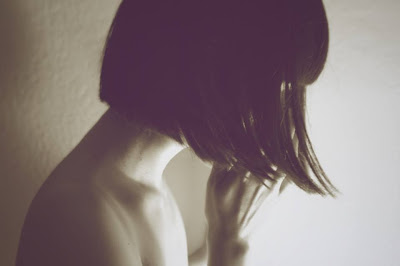 Posted by When The Sun Hits - All things shoegaze. at 6:39 PM