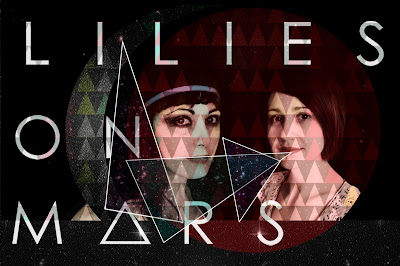 
“Matter, its waves and radiation create sounds that enthrall.
Inspired by this, we play music looking up”
— Lilies on Mars

The luminous roster of shoegaze and dreampop talent boasted by Texas-based independent label and WTSH favorite Saint Marie Records — whose catalog features Drowner, Nightmare Air, Panda Riot, Spotlight Kid, The Sunshine Factory and many others—has grown steadily ever more stellar since we profiled the company a scant two years ago in the first several months of its existence. Continuing the trend, Saint Marie has announced that it will be giving worldwide release early next year to Dot to Dot, the third full-length from London-based Lilies on Mars, a recording and performing duo formed in 2009 by Sardinian multi-instrumentalists/vocalists Marina Cristofalo and Lisa Masia. 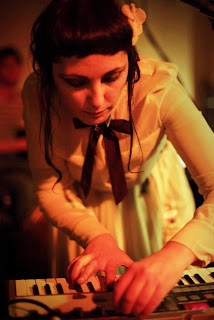 Dot to Dot, an exquisitely crafted, jewel-like excursion in poignant, otherworldly dreampop was first released last spring in Italy by Long Song Records. Saint Marie’s announcement teases us with the promise of  “a few surprises” on the way to Dot to Dot’s appearance, and we have high hopes for a vinyl edition of the record. We couldn’t be happier that this fine album will be more widely heard, and we hope this development implies that we’ll be soon be seeing much more of Lilies on U.S. shores.

Dot to Dot is distinguished by a collaboration with Italian pop giant Franco Battiato called “Oceanic Landscape”, the official video for which we posted here. 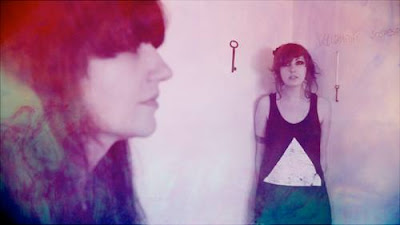 Posted by When The Sun Hits - All things shoegaze. at 7:36 PM