New Video: Washed Out. Don't Give Up (Official). Upcoming LP Paracosm to be Released via Sub Pop August 13, 2013. Pre-Order Now. 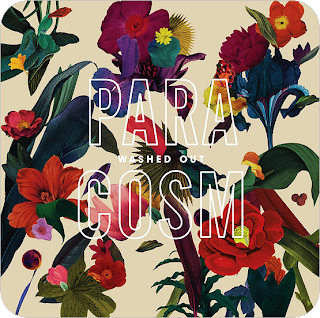 Via Sub Pop:
The music recorded by Ernest Greene as Washed Out has been nothing if not dreamy, and on his second full-length, Paracosm, he takes the dreamlike, otherworldly atmospheres of his music a huge leap further.

The title refers to a phenomenon in which people create detailed imaginary worlds, and the idea of escaping is all over Paracosm’s music and lyrics. Paracosm finds Greene reaching beyond the computers and synths that filled Washed Out’s previous recordings, expanding his sonic palette to include over 50 different instruments, the most significant of which turned out to be old keyboards like the Mellotron, Chamberlin, Novatron, and Optigan.

“I’ve grown as a songwriter to the point where I want to have more involved arrangements, and that’s really hard to do with sampling,” says Greene. “These machines were kind of a happy medium: The sounds have a very worn, distressed quality about them, much like an old sample. But they also offer much more flexibility because they’re playable.”

Following two years on the road in support of the critically-acclaimed Within And Without, and the lauded Life Of Leisure EP (which can still be heard during “Portlandia’s” opening credits), he and his wife, Blair (who plays in the Washed Out live band), relocated from the big-city hubbub of Atlanta to a house outside Athens, where Greene could shut out the real world in favor of an alternate universe of his own making. Listeners will be immediately struck by Paracosm’s seamless melding of organic and synthetic sounds, and its lighter tone. Greene says: “I knew from the beginning I wanted this record to be optimistic, very much a daytime-sounding album. I think the last record felt more nocturnal in some ways. This one I just imagined being outside, surrounded by a beautiful, natural environment.”

With its gorgeous execution and uplifting attitude, Paracosm is primed to be this year’s summer record. And it promises to do what its name suggests: take listeners to a better world.

PRE-ORDER
If you pre-order Paracosm on CD or LP, you’ll receive the very limited-edition Washed Out 7" single, featuring “Pull You Down” b/w “Exit” (both exclusive tracks not featured on the album), at no charge. Speaking of limited edition vinyl, if you pre-order the record on the larger, fidelity-maximizing LP format (by which we mean, the LP is physically bigger and sounds richer than a CD, duh), you’ll receive the limited, colored-vinyl Loser Edition of Paracosm. But, as is the nature of limited things, the sooner you order, the better your chances are of receiving them.