Album Review: Mogwai. Hardcore Will Never Die, But You Will. 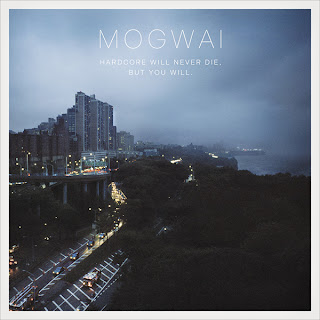 See, Mogwai is an important band. I’m not saying this with the slightest hint of sarcasm. Without Mogwai, you wouldn’t have seen Emo-looking guys and girls playing instrumental music and boasting their ‘graceful crescendos’ – as if they know what the fucking hell a ‘crescendo’ is anyway. But that’s partially why Mogwai is such a groundbreaking band. They created masterpieces that sounded so damn easy to make, yet so damn serious, which is basically the recipe almost every musician looking for greatness should follow (NOTE: Enter Mogwai's Young Team). However, the genre they created seemed, as time passed, to outlast them, and a need for some change in style, or concept, or whatever, emerged. (NOTE: Enter Mogwai’s entire discography.)

Yes, now I’m being a bit sarcastic. After releasing Young Team, then disappointing the whole freaking planet with Come on Die Young, Mogwai somehow became lost on us. Then they somehow resurfaced again with Mr. Beast, which the legendary Alan McGee described as, ‘… probably the greatest art rock record that I’ve been involved in since My Bloody Valentine’s Loveless. It’s possibly better than Loveless.’ (NOTE: Add funny Scottish accent). 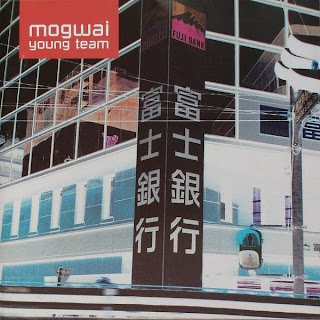 An overstatement? I tend to think so. I mean, I might sound a bit mean, but Mr. Beast lacked what Young Team and – most definitely – Loveless did not, and that is cohesion and thematic unity. Plus the fact that the closest thing Mogwai has to a masterpiece – say, one that could be compared to Loveless – is Young Team.

To cut the long story short: Enter Hardcore Will Never Die, But You Will (Amen for that). After a string of middling releases, Mogwai decided to reunite with Young Team producer Paul Savage, an action I will briefly explain as: Okay, dang it, we’ll just go back to basics, which sounded awesome, and, moreover, had the exact results I think they were aiming at: A fresh record, simple, filled with master strokes, and definitely one of the best in their career.
And, being the avid reader that you are, you must be wondering by now, why do I think so highly of this album, and well… Here’s why.

Hardcore Will Never Die, But You Will sounds fresh, upbeat, and somehow even uplifting. First, while we used to expect solemn melodies from these guys (A.K.A: Scotland’s great miserablists), the first song ‘White Noise’ surprises us with harmonious multi-colored sonic textures. Second, you can actually move your hips to the playful beat of ‘Mexican Gran Prix’. Third, and final, ‘Death Rays’… Yes. Listen to that song. It will open your soul.

Immediacy. Finally we get to know what the relaxed version of Mogwai sounds like. Everything about this album seems relaxed and immediate, from the in-yer-face ‘George Square Thatcher Death Party’ with its brilliant guitar punches and use of vocoder, to the epic solo of ‘How to Be a Werewolf’. They sound comfortable and downright arrogant as they have always been. However, this is one of those rare instances when Mogwai’s self-consciousness actually works, precisely because this is the least self-conscious release in their entire discography yet. 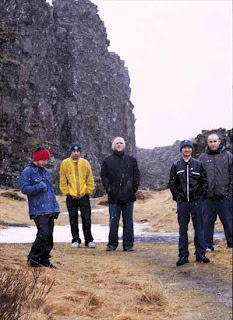 Moreover, Hardcore sounds more comfortable with synths and electronics than any other album by Mogwai. ‘Rano Pano’s guitars intertwine powerfully albeit a certain amount of subtlety with church organ synth, creating a glorious effect. But make no mistake, this isn’t a record overburdened by stale electronics like, say, The Hawk is Howling, which failed epically in the process, nor it is a record of ironic solemnity like Happy Songs for Happy People. If anything, the use of electronics here is perfectionist, and – even in the most solemn pieces (‘Letters to the Metro’ and ‘Too Raging to Cheers’) – a strangely (and dimly) uplifting mood prevails. Not to say that Mogwai bargained their soul with the devil of cheap chirpiness. Far from that actually; this is still Mogwai we’re discussing here.

Finally: Though yes, a lot of what is presented in this album might be predictable, it’s compact and solid. This isn’t their best effort, but it’s as close to it as it gets. ‘You’re Lionel Richie’ is promo Mogwai, and ‘Death Rays’ is masterful. The whole record is flawless if taken by its own accord and not compared to the soaring Mogwai discography, but the burden of expectation drags it down, I admit. However, it somehow manages to live up to its expectations, and despite the ambiguity and blurriness of its emotions, a thing I’m not sure Mogwai intended, this is a fine, polished record, and one you can enjoy and read whatever you want into it, too.

(Off topic anecdote from Amber: The first time I saw Mogwai live, I threw up from the sheer volume overload. Epic.) 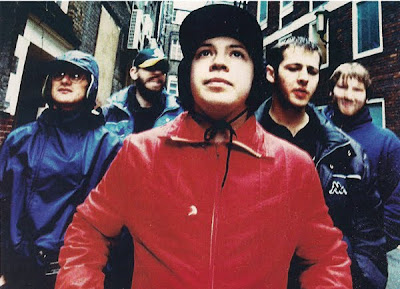 Posted by When The Sun Hits - All things shoegaze. at 1:40 PM