Interview: Stephan Cherkashin of [aftersun] and formerly of Telltale. 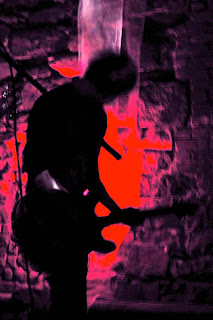 [aftersun] is the solo project of ex-Telltale and Audn member Stephan Cherkashin. [aftersun] is a Brooklyn-based project; Brooklyn seems to be one of the veritable hot spots for shoegaze influenced musicians at the moment (there are several other "hot spots" around the nation and internationally - I should write about this at some point, as I find it quite interesting!). [aftersun] combines swirling layers of early shoegaze sounds, trip-hop beats and dark wave moods to create some of the most gorgeous soundscapes I've heard in a long while. [aftersun]'s debut release, the Pain Sounds EP (which is brilliant, by the way), was released in the Spring of 2011 as a free download, and with Stephan's talent, hopefully there will be many more releases in the future! Enjoy the interview, and thank you Stephan, for talking with us and being awesome.
Click HERE to go to the [aftersun] bandcamp page (free downloads!).

[aftersun] was formed as a studio project in November 2010 after Telltale (the band I was in) called it a day. I needed to continue working on music. And since I had some material which never been recorded I decided to release a few songs. 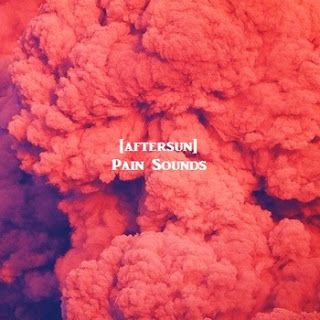 [aftersun] put out a single in January and the Pain Sounds EP last April. I produced, recorded, mixed and mastered all the songs. Everything was done in my apartment. Lately I've started to work on a full length in collaboration with a friend of mine, Adam Humphreys, from a band called Denner. We’re writing some new material and hopefully a debut full length record will be ready this year. [aftersun] has never played live but we’re planning to do something about that when recording will be done.


[aftersun]. Don't Touch.
Do you consider the music of [aftersun] to be part of the current shoegaze/dream pop scene, or any scene? Defining one's sound by genre can be tiresome, but do you feel that the band identifies closely with any genre? How do you feel about genres in music, in a general sense?

[aftersun] is a part of number of music scenes such as shoegaze, or darkwave, or even trip-hop. I can’t really define our sound by one genre, it’s kind of a combination of everything that had influenced me in the last few years. Music needs to have genres otherwise it would be a mess with categorizing different bands. 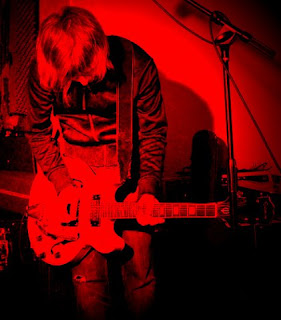 I think currently we have the biggest rise of shoegaze and psych rock scene since probably early 90’s. A lot of good records came out in the last few years, some good bands became commercially successful. Speaking about shoegaze/dream pop artists I can recommend: The Vandelles, Dead Leaf Echo, APTBS, The Soft Moon, The Sky Drops, 28 Degrees Taurus, Soundpool, Autodrone, DeVries, The December Sound etc etc.

Music software is the most important part if you can call it “gear”. It has so many abilities and options. Also, delay is very important part of my sound. Sometimes I use two-three delay pedals instead of one reverb unit. I owe Epiphone EA-250, Fender Stratocaster and Marshall Valvestate amp so far.

[aftersun]. Walking Through This Door Again.
(WTSH sidenote: This song is bad ass)
How do you feel about the state of the music industry today? There is no doubt a massive change underway; how do you see it and do you feel it’s positive at all?

All the music is free now, you can find anything online for nothing. Of course it’s not legal but you can’t stop it. MP3s and amateur music blogs completely changed the face of music industry. Independent artist can’t really sell as many records as they used to sell 10-15 years ago. As an independent musician, you can’t really make money unless you tour all the time. I’m really curious what’s going to happen a few years from now. 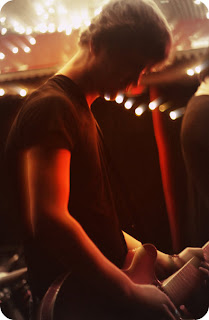 Of course, if you’re a musician, you want to get signed and you want a record label to take care of your music releases. There’s nothing wrong with that. Uploading your music to Bandcamp is a good way to let people and record labels know what you’re doing. Everybody should go DIY until a record company picks you.

Do you prefer vinyl, CD, cassette tape or mp3 format when listening to music? Do you have any strong feelings toward any of them?
I know a lot of people love vinyl and hate mp3’s. Personally I don’t really give a fuck. If the music is good it will sound good anywhere. Vinyl is for record collectors. Most people in big cities don’t have enough room to store their record collections, so they listen to music in MP3s. I am one of them.

Bands like Massive Attack, The Verve and Joy Division have most influenced on my songwriting and my sound. I guess there must be some sort of darkness in the music I’m attracted to. When I was very little my dad has a huge hard rock collection. Then I got into brit-pop, trip-hop and shoegaze. Lately I’ve been listening to lots of post-punk and darkwave. As you can see, my music taste has been changing over the years.

Massive Attack. Aftersun. (possible namesame, methinks?)
Can you tell us a little about what you are currently into (books, films, art, bands, etc)?

The most exciting thing these days is the final stage of soccer season in Europe. I’m a huge soccer fan. I have really got into cooking as well. Cooking is very close to the writing process: you have lots of ingredients and then you pick the most suitable. There’s nothing really exciting in the music world these days, I guess, but I can’t stop listening to bands like Fever Ray, The Soft Moon, Factory Floor and few others.

If you had to choose one [aftersun] track that was the ultimate definition of your sound, which would it be and why?

I wouldn’t want to choose any particular track because they are all different from each other in some way. Tracks like “You Were Right” and “Goodbye” were written a few years ago... “Don’t Touch” is the is the last song I wrote before the recording – I think it’s close to the sound of the next [aftersun] record. 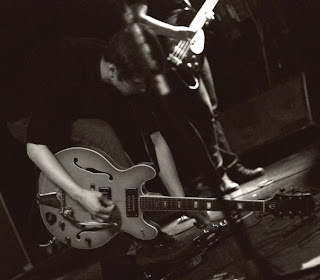 The songwriting process is always different. Mostly I start writing songs on my acoustic guitar and then finish using music software. Sometimes you just walk down the street, get an “out of blue” idea and record it on your cell phone right away. Writing lyrics comes after and takes longer because it’s a very vital part of my songs.

What doesn’t kill us make us stronger. And time doesn’t heal anything - it just teaches us how to live with pain. 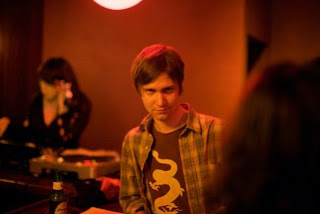