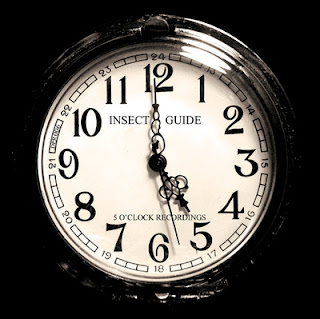 In this review’s first draft, I gave 5 O’Clock Recordings EP 4 stars out of 5, and in the first time I listened to it, I instantly decided to give it (I shit you not) 5 stars out of 5, but then I was like, no – wait a second. While we always thought that a band like Insect Guide, almost obsessively insistent on reviving the soul of Shoegaze and Dreampop in the form of the flux-y Nu-Wave, would make further strides in the dark lands of distortion, their latest offering sounds weak, meek, and too cute to handle. However, the Leeds-based trio proves that even weakness has its merits.

5 O’Clock Recordings is quite clearly a post-gig sessions entry. It sounds laid-back and smooth, the music mainly acoustic and Su Sutton’s vocals don’t sound forced. Yes, this is an EP that has no electric guitars in it, no synths, no distortion…Nothing. Just your charming Su Sutton and a guitarist who probably is the backing vocalist too. The idea is scary on paper, but well, the results here are lukewarmly pleasant. 5 O’Clock is a dwindling and divisive four-track EP. 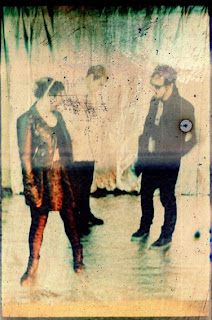 It seems that despite the heavy sound of Insect Guide’s former EPs and abrasive debut album, there lurks a softer side to them. 5 O’Clock Recordings begins with a slightly unsure tick-tock and the trembling rhythm of "Dead Sure", with its dark, romantic acoustics, forming what might be the best wake-up-in-a-rainy-day song I’ve heard in a long time.

After that, "Grey Sky" avoids the brightness of the opener and descends into haunting darkness. I almost said paranoid, but the emotions in this song are too frail to be called so. It’s definitely not equally appealing as the first song, but it’s not really bad either. It’s just mediocre maybe.

"5 O’ Clock" is a good addition to this little schizophrenic lovely tale; schizophrenic because, remember how dark I told you "Grey Sky" was? Well, "5’Oclock" is even darker. It’s the closest track to the spirit of the band (as we know it, at least) we have here. There is complexity and depth hidden in almost every second of it, and yes – it’s definitely the best thing here.

"Run" is charming; my personal favorite on this EP. If it was raining while you were listening to "Dead Sure", then this is your snack when it stops raining. It’s bright, heartbreaking, and relaxed. However, it might grant Insect Guide some unflattering Belle & Sebastian comparisons.

However, back to my first point: why did I not give this EP 5 stars, or even 4 stars? First of all, because though everything here is weak in impact, I can’t say these songs are uninspired. Their lyrics might be, but regardless, the songs – as they are – do sound honest and heartfelt. But what struck me as brilliant in the first listen became well done in the second and just good in the third. 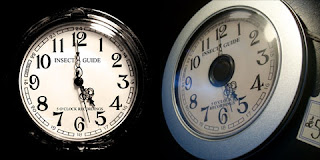 Another factor is that this EP is so unfocused it actually hurts my brain when I come to think of it. I mean, yes, these are only 4 songs, but consider this: two bright songs, one is excellent ("Dead Sure") and the other is good ("Run"), and two dark songs, one is excellent ("5 O’clock") and the other is not so good ("Grey Sky") – there’s no emotional consistency, despite the sincerity, and the listener wouldn’t know how to feel about whatever Insect Guide are trying to say, because it’s just too damn unfocused.

If this album was only "Dead Sure" and "5 O’clock" then it’s a straight 5 stars deal. Absolute brilliance: fragile but inspired, very soulful indeed. But if it was "Run" and "Grey Sky" then it would get, say, 2.5 stars. 5 O’Clock Recordings EP is adorable, but plagued by too much sweetness, and too many inconsistencies. 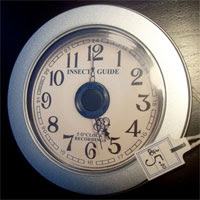 Posted by When The Sun Hits - All things shoegaze. at 5:40 PM