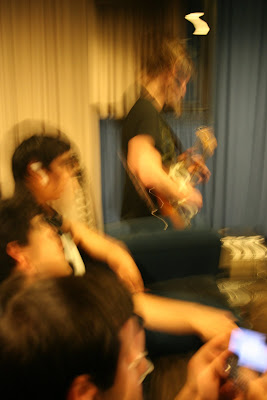 After appearing seemingly out of nowhere (to me at least) last year with their astounding EP (Distressor), Whirl permeated my summer 2010 soundtrack. They are a six piece shoegaze/dream pop band from somewhere in lovely North California, and they have three, count 'em three guitarists. Awesome level: high. Also, a fun fact: Whirl's Distressor EP was one of this blog's earliest reviews (read it here), so we were listening to them a ton when Danny and I began to talk about the concept of When The Sun Hits in earnest. Sonically, they were with us from the very beginning, so it's kind of special to us to be able to interview Nick Bassett of Whirl. We hope you enjoy the interview with Nick, and if you haven't heard the Distressor EP, this is something you change asap.

How and when was Whirl formed?

Well, we had our first practice with an incomplete line-up on Halloween of 2009, at the time it was Loren, Sergio, Eddie and I. We hadn't yet added Joey, Or Byanca (later replaced by Alexandra Morte). The band originally started with me writing early versions of the songs and putting them in a sort of pre-production through a midi program called Tab It. I showed them to everyone and we decided to attempt to turn it into a shoegaze influenced project. 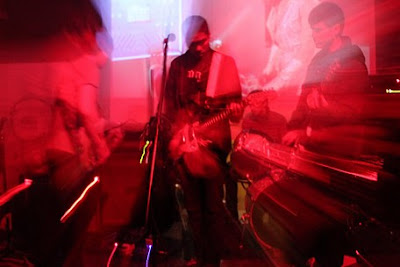 Can you tell us what the band has been working on and what you've got forthcoming in the near future (new releases, tour, etc)? Is a full length LP on the way?

Sure thing, we recorded a two song 7" entitled June in February, which will be released sometime this summer. Along with that we have a couple of split 7"s on the way, one with the band American Gods and another with the band Nostalgist (This will be their first release.) And yes, we are heading to the Atomic Garden in Palo Alto in early August to record our debut LP, which will be put out by TeePee Records sometime after that. We also have two mini 3 day tours planned through California. One in June with our friends Anne and another in July with the band Coliseum. 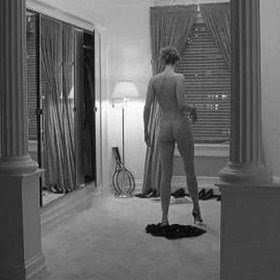 Do you consider Whirl’s music to be part of the current shoegaze/dream pop scene, or any scene? Defining one's sound by a genre can be tiresome, but do you feel that the band identifies closely with any genre? How do you feel about genres in music, in a general sense?

I consider Whirl to be a part of the current shoegaze/dreampop scene, we definitely identify closest with that scene/genre than any other. As for genres in general, in my opinion they exist as an easy way to find something you might like, but when someone is approaching music they should keep an open mind and not define or link themselves with any one thing too closely.

I like what some of the current bands are doing, certain bands more so than others. I'd say my favorites are probably Tears Run Rings, Tamaryn and Weekend. 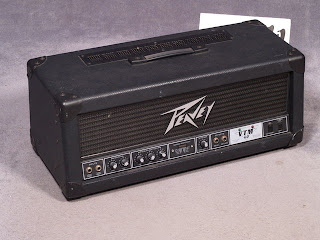 I'm not sure if there is a single most important piece of gear in particular, but I'm really into vintage amps (Ampeg V-4, Peavey VTM, Sunn Model T, Fender Twin Reverb 1963-1967), great tone really helps for great writing. I can't seem to focus whatsoever if I feel my tone is off. As for guitars, personally I'm really into anything Fender (Stratocaster, Telecaster, Jazzmaster, Jaguar, etc). I don't have much of a preference in effect pedals though, if it sounds 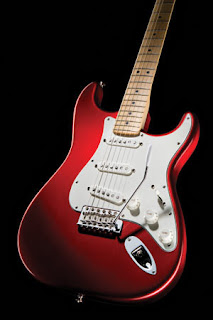 good I'm into it.

I think the music industry of today has it's ups and down. Social networking such as music blogs/file-sharing/web zines/etc can really help artists get their music spread out and recognized easier than ever before. But on the other end of the spectrum less people are purchasing music because of how easy it is to Google search an artist and download their entire discography, so profiting as an independent artist/record label is becoming much harder, which in turn makes it harder for bands to be able to tour. But all in all I think the industry is closely balanced in positivity and negativity.

When it comes to label releases versus DIY/bandcamp and the like, what is your stance, if any? If I’m not mistaken, your first EP was entirely self released, so you obviously align yourself with that aesthetic, but what are your thoughts in general about the new ways people are getting their music heard?

I'm really open to anything release wise. DIY is a great way to put your music out if you have the means/time to do so, but releasing through a label can be really helpful with promotion/marketing/distribution/etc. We released the demo (cassette) and EP (digital) ourselves but also released the EP cassette through Bridgetown Records and the EP 12" through The Sounds Of Sweet Nothing Records. 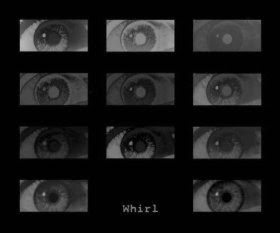 Well Mp3 is by far the most accessible easiest format to get a hold of/listen to. But quality wise I enjoy vinyl, it has the most natural, warm sound. I definitely prefer having vinyl/cassettes of a release over a CD or mp3. Vinyl and cassettes seem much more physical and personal than the others.

On the demo and EP it was pretty much My Bloody Valentine/Slowdive/Chapterhouse and The Smiths. Since then it's gotten much more broad/dynamic. Bands like Dinosaur Jr, Mojave 3, The Cure, Strawberry Story, and Smashing Pumpkins have really motivated me in the past year or so. 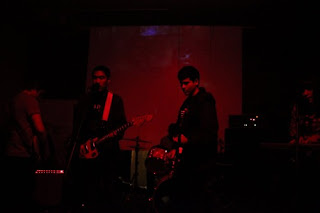 Most definitely, I don't do much reading aside from random articles on the internet, and I don't follow film much either. However, I do enjoy watching Batman: The Animated Series, Seinfeld

and Curb Your Enthusiasm. As for bands I'm really into Yuck, J Mascis, Mojave 3 and Agalloch lately.

I truly don't think one song in particular sums up our sound. That's for our releases to do, ha ha.

Sure, generally one of us will come up with a basic idea for a song (such as a riff or a few riffs) and all the guitars/synth will jam on it until we get it solid. We then jam it with the drums and once that is all figured out we begin working on vocal melodies/lyrics/etc.

Putting out our 7" Single "June", our two split 7"s, our 12" LP and hopefully get some out of state touring done. 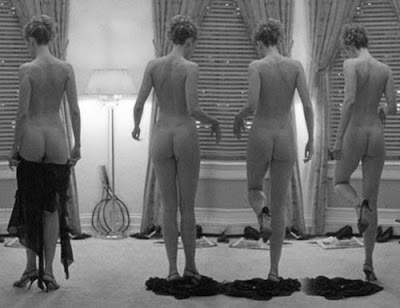 Posted by When The Sun Hits - All things shoegaze. at 8:00 PM